A Tale of Two Cities

In the final chapters of Revelation, the apostle John contrasts two cities: Babylon the Great (Revelation 17-19) and the New Jerusalem (Revelation 21-22). Much has been written on each of these biblical cities, but they are seldom compared. This article suggests that John intended them to be compared and contrasted in order to teach an important lesson.

The city of Babylon flourished between 608 to 539 bc as the capital of a large empire, and under the powerful king Nebuchadnezzar II it became one of the wonders of the world. However, the fact that the Babylon of Revelation is not the ancient Mesopotamian city of that name, but rather a later city of equal or even greater power and corruption, is clear.

The powerful ancient city of Babylon was no longer extant at the time John wrote and no longer at the head of a great trading empire. John’s reference to “Babylon the Great” seems clearly aimed at Rome, the world-ruling mega city of his day. Revelation 17:5, 9, 18 tells us the “harlot” of this Babylon sits on seven hills. Rome, of course, was built upon seven hills — as celebrated by the Roman festival called Septimontium, the feast of the seven-hilled — and on some imperial coins Rome is actually represented as a woman seated on seven hills.

Many have focused on the Babylon-Rome identity of the first century ad and have examined only aspects of the description of Babylon that seem to fit a continuation of its governmental or religious system. But many of the great cities of the ancient and modern world could probably be substituted for Babylon. We see this in the fact that John actually bases the list of luxury items flowing into “the Great Babylon” (Revelation 18:11-13) on Ezekiel 27:12-22, which recounts the fall not of Babylon but of the ancient Mediterranean trading city of Tyre, though John slightly adjusts the list of Tyrian luxury items to include goods such as silk and ivory that were found in Rome in his own day.

Whatever later city we may substitute for ancient Babylon, the two cities characterized by John clearly symbolize the contrasting ways of humanity and God — the archetypal center of human control and activity at any particular time versus the center of God’s future government and activity. As such, the two cities of “New Babylon” and New Jerusalem could not be more different. But before we look at the differences, we should notice that John mentions some apparent similarities between the two cities that are instructive.

There also seems to be an echo of the similarity of riches in the gold, precious stones, and pearls accumulated by Babylon (18:16b) and the gold, precious stone, and pearl constructions of the New Jerusalem (21:16-21), though the scale of Babylon’s glory is really only relevant to that of other human cities and is nothing compared to that of New Jerusalem. Revelation 18:12 mentions “fine linen, purple, silk and scarlet cloth” among the chief luxuries of Babylon, but biblically these brightly colored clothes symbolize blatant sinfulness (Zechariah 3:3, 4). Whereas Revelation 19:8 tells us “Fine linen, bright and clean” is given to the bride of the Lamb, Revelation 21:14 shows that “fine linen” is also worn by the hosts of heaven, and Revelation 21:2 states that the New Jerusalem itself is “prepared as a bride beautifully dressed. . . .”

So, as close as some of the similarities between the two cities may appear, we see that they reflect only surface likenesses. The differences are clear. Fundamentally, we should notice that all the desirable things about the New Babylon are limited to certain individuals. The gold, precious stones, and pearls of the city, like the fine clothing, are limited to the few, the rich, and powerful who can obtain them (18:23b), and they are tainted by the sinfulness associated with the way in which they are obtained (vv. 23b, 24). In the New Jerusalem the same good things are universally present and available for the enjoyment of all. They are part of the construction of the city itself (21:18-21), and it is no coincidence that pearls, judged in value by their size, are said to be of a size to form the very gates of the new city (the origin, of course, of the expression “the pearly gates”). In these and other ways, John makes the point that the Babylon-city of humanity reaches for many of the same things, but in totally different ways and at a totally inferior level.

The differences between the two cities are repeatedly underscored by John. Some are subtle yet far-reaching in their importance. In Revelation 18:21 we read “Then a mighty angel picked up a boulder the size of a large millstone and threw it into the sea, and said: ‘With such violence the great city of Babylon will be thrown down, never to be found again.’” In the Near Eastern world John lived in, the sea had long been a symbol of chaos and destruction, and New Babylon’s total submersion in the sea symbolizes its annihilation. It is interesting that in his description of the new heavens and new earth, however, John prefaces his description of the New Jerusalem with the specific comment that “no longer any sea” (21:1), indicating that the chaos and destruction that had overwhelmed the old world-city would be nowhere present for the new.

While Revelation 18:23 foretells of Babylon that “The light of a lamp will never shine in you again,” Revelation 21:23 says regarding the New Jerusalem “The city does not need the sun or the moon to shine on it, for the glory of God gives it light, and the Lamb is its lamp.” Likewise, regarding Babylon, Revelation 18:23 tells us “The voice of bridegroom and bride will never be heard in you again,” though the marital image of joy and happiness is used specifically of the very nature of the New Jerusalem, which is itself an eternal “Bride” (21:2, 9, 10). While the inhabitants of New Babylon “will weep and mourn” (18:15), those of the New Jerusalem will experience “no more death or mourning or crying or pain” (21:4). While Revelation 18:14 says of Babylon, “They will say, ‘The fruit you longed for is gone from you,” Revelation 22:2 stresses that the New Jerusalem will have “the tree of life, bearing twelve crops of fruit, yielding its fruit every month.” One city is doomed to destruction (18:21); the other is guaranteed eternity (21:25).

So a close comparison of the imagery that depicts the New Babylon and New Jerusalem reveals many differences throughout their descriptions, even where they appear to be similar. The differences between the two cities show that they are juxtaposed as obvious symbols of sinfulness and righteousness, but also, in a less obvious subtext, Revelation consciously contrasts the direction and the way of life associated with each city — the ways of life responsible for creating their respective identities.

Babylon clearly exemplifies a way of life based on exploitation, getting, and pride. It may be a city, but it is more than a single city. It is as old as the first city after the Flood: “Then they said, ‘Come, let us build ourselves a city, with a tower that reaches to the heavens, so that we may make a name for ourselves’” (Genesis 11:4). Babylon is greed and pride personified. Thus it is given the judgment: “Give her as much torment and grief as the glory and luxury she gave herself. In her heart she boasts, ‘I sit enthroned as queen’” (Revelation 18:7). Revelation 17:6 and 18:24 show Babylon as a great city/woman forcibly taking the blood of the saints, but her way of getting is endemic among her “merchants” — all those who follow the system of Babylon: the merchants growing rich from her (18:3), those who lament when they lose what they get through her (v. 11), the merchants who gained their wealth through her system (v. 15).

As we saw above, John’s list of the things amassed by the followers of Babylon is modeled on Ezekiel’s list of goods amassed by those trading with ancient Tyre, and the underlying way of life is the same. Notice Ezekiel’s description of the king of Tyre: “By your wisdom and understanding you have gained wealth for yourself and amassed gold and silver . . .” (Ezekiel 28:4). Note the stress on gaining, getting, wealth for oneself. This stress is heightened in verses 11-19, where Ezekiel’s imagery shifts from the king of Tyre to the figure ultimately behind this human way of getting and pride — Satan himself — and then back again to the human king (notice especially v. 17 regarding the pride and splendor). These qualities form the backdrop, the basis of the very way of life exhibited by Babylon, Tyre, Rome, and every other later, greater “Babylon.”

In stark contrast, New Jerusalem exemplifies God’s way of life based on giving. At the most fundamental level, the city is itself a gift, just as John tells us: “I saw the Holy City, the new Jerusalem, coming down out of heaven from God, prepared as a bride beautifully dressed for her husband” (Revelation 21:2). The good things of this city are explicitly said to be given, as we see in many verses in her description. For example, “To the thirsty I will give water without cost from the spring of the water of life…” (v. 6); “the Lord God will give them light” (22:5); “My reward is with me, and I will give to each person according to what they have done” (v. 12); “Let the one who is thirsty come; and let the one who wishes take the free gift of the water of life” (v. 17).

It can hardly be coincidental that throughout his description of Babylon the Great, John repeatedly mentions the concept of gain (getting, taking), while in his description of the New Jerusalem he continually mentions that the good things there are given. At the most fundamental level, gain and give might well be said to be the hallmarks of the ways of the two cities, and while we might seek for indications of specific cities and religions in the identity of the human city, we should not forget the fact that the description of Babylon itself says little about religion per se, and much about ways of life.

The two cities of Revelation represent, then, not only a system that man builds versus what God builds but also a more specific moral, a tale that stresses two different ways of life: self-centered getting and pride, versus God-centered giving and worship. The two trees that appear at the beginning of the Bible — the tree of the knowledge of good and evil and the tree of life (Genesis 2:9) — are, in one sense, analogs of the two cities that appear at its end. The tree of knowing good and evil represented, in that same sense, the things humanity desired to take, while the tree of life represented what God wanted to give. The New Babylon might be said to be built around the former tree, and the New Jerusalem is built, of course, around the latter (Revelation 22:2). 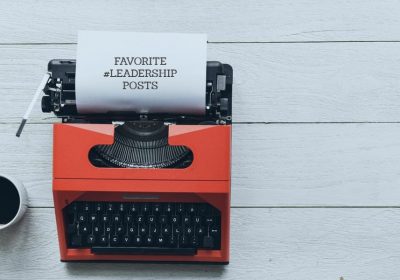 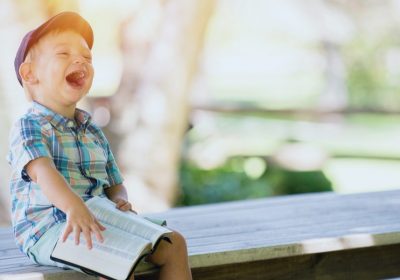 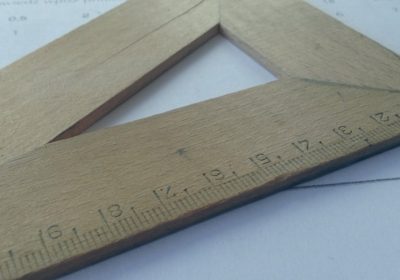