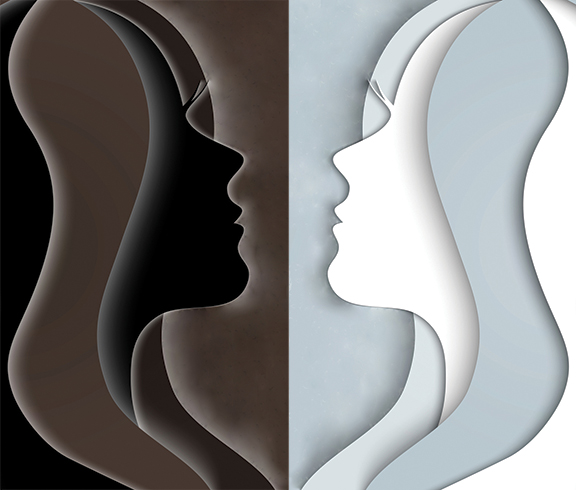 The Whore and the Bride

Ours is a time of fascination with sexuality and its myriad deviations. The “sexual revolution,” traced to the 1960s in the US, is entering its third generation. Already in 2015 we’ve seen

As every dark corner of sexual immorality is explored, Christians are reminded to live in the light of Scripture. Thankfully, Scripture speaks at length about sexuality, commending loving sex within marriage as holy — divinely ordained and sensually delightful — while condemning extra-marital and other immoral sexual practices as sinful — destructive and death-dealing.

This bifurcated view of sexuality is writ large in Revelation’s visions, particularly those of the whore and the bride. The whore of Babylon is one of Scripture’s most lascivious and vile characters, while the Lamb’s bride is one of its most winsome and pure. In these two we see a microcosm of the biblical narrative on sexuality and a call to purity in our relationship with God and one another.

Of course, to appreciate this we must read Revelation on its own terms. The book identifies itself as a revelation, or “unveiling” (1:1), letter (1:4-6), and prophecy (1:3). Let’s see an example of how genre-sensitive interpretation can aid in understanding by looking at the visions of the whore and the bride.

Vision of the whore. The whore features prominently in the visions of Babylon and its fall in Revelation 17-18. She is powerful, promiscuous, and pernicious. The earth’s kings are intoxicated by her immorality as she openly advertises her blasphemy. She is drunk on the blood of the saints and rules over the multitudes and kingdoms of the earth (17:1-18). When the whore falls to judgment, the kings of the earth don’t mourn her but the loss of her wealth (18:1-20). Conversely, a multitude in heaven celebrates her destruction (19:1-6).

Apocalyptic features. Here we have graphic apocalyptic visions of a purple-clad prostitute dominating the world and a glorious city-bride marrying a slain Lamb. For many readers, the imagery is overwhelming and confusing. But let’s remember the purpose that apocalyptic literature serves. The symbols reveal the truth about evil and oppressive systems and their inevitable overthrow by a God of righteousness and justice. The visions of the whore and bride are symbolic portrayals.

The whore represents evil. She is openly engaged in wickedness and is responsible for the persecution and death of the righteous. She reigns supreme over the cultural, economic, and political powers that oppose God’s rule. She is “the great city.” While Babylon was destroyed long before Revelation’s writing, it remained a powerful symbol of corruption, immorality, and materialism. Sexual promiscuity and filth function as the central symbols of its evil.

The bride represents God’s redeemed people. While described variously throughout the book, they are those who have found salvation in the Lamb and are forever set apart from the kingdoms of this world. Their robes of righteous deeds are made white by washing in blood. They are faithful witnesses to the truth in a world held captive to lies. Sexual fidelity and purity function as the central symbols of their righteousness.

Epistolary features. Now let’s view these visions from the standpoint of a letter being written to seven first century churches. Here we should pay special attention to those receiving the letter. How might each group be affected by our passage?

Those who’ve grown complacent (Sardis, Laodicea) should recognize that they’re in the midst of a cosmic battle of good and evil. Either you’re a member of the multitudes that serve the whore, or you are a member of the bride. There is no third option. The churches that have accommodated themselves to materialism and sinful culture (Ephesus, Pergamum, Thyatira) should ask, “Is my true treasure in Babylon or the New Jerusalem?” Those suffering persecution for their allegiance to the Lamb (Smyrna, Philadelphia) should feel justified and encouraged: Judgment is coming against wickedness, but a reward awaits them.

Prophetic features. As a prophet, John communicates God’s word to God’s people, assuring them of His love and sovereignty and calling them to covenant faithfulness. The whole letter is a call for believers to take part in faithful witness and worship to God in the midst of a world dominated by the powers of evil.

As Christians, we still live in a world overrun by evil. The whore still rules over the kingdom of darkness, dictating economics, politics, and culture. The whore is not the Roman Catholic Church, a secret society, or a coming one-world government. Rather, it is a symbol of evil powers at work in all those who have not been redeemed. Sexual immorality symbolizes the fallen state of humanity, because it embodies a rejection of God, unrestrained satisfaction of appetites, and the horrific consequences of sin.

Those who have been redeemed are symbolized as a chaste and beautiful bride, eagerly awaiting the return of Christ. They commit themselves to righteous living in a sinful world, acknowledging that their reward is eternal, not temporal. Sexual fidelity symbolizes the redeemed state of humanity because it embodies a submission to God, righteous fulfillment of appetites, and the unspeakable pleasures of holiness.

To apply this portion of Scripture, we turn away from the wickedness of this world with its rejection of God, unrestrained lusts, and obsession with wealth. We turn instead to our Redeemer and soon-coming Lamb. We live lives of trust in God, righteousness, and prioritization of eternal treasure. This lifestyle includes a commitment to God’s design for sexuality in our relationships with one another.

But the disciplines of sexual purity and fidelity are but one example of faithfulness to God. As we live in faithful purity — both sexually and otherwise — we join the Spirit and say, “Come, Lord Jesus!”