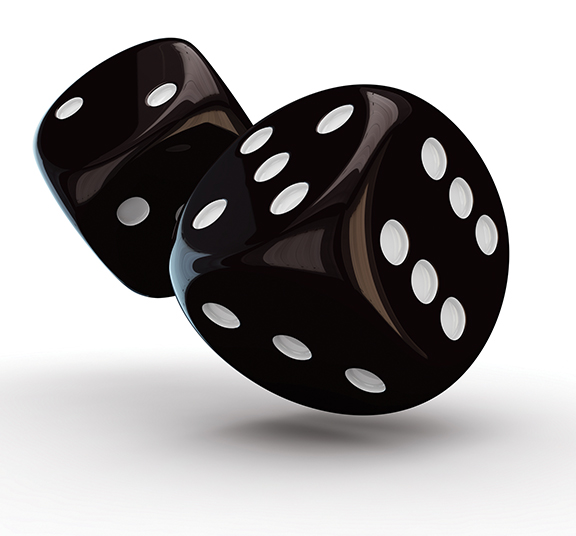 Sam: I believe the saints will be raptured away before the terrifying rule of Antichrist. Watch out for falling airplanes!

Dave: I believe this is a false prophecy built partly on a misinterpretation of Daniel 9. It provides a false sense of security to some who think that if they’re not ready at Christ’s return, they’ll at least have a chance to get right with Christ during the tribulation. Watch yourself, Sam, and be ready!

Sam: That’s OK, Dave. You have a different view. Let’s not debate it. After all, Bible prophecy is not a salvation issue!

Were Sam and Dave right in their conclusions? I wonder if King Jehoshaphat and King Ahab would agree with them. Four hundred prophets told them to go to war at Ramoth Gilead, but the prophet King Ahab hated, Micaiah, warned of disaster if they went (2 Chronicles 18:16-22). King Ahab died at Ramoth Gilead because he listened to the false prophets.

I wonder whether the people of Judah living in Jeremiah’s day would agree that prophecy is not a salvation issue. Jeremiah warned, “Surrender to the Babylonians or die!” (see Jeremiah 21:8, 9). Of course, the false prophets, whom many followed, counseled otherwise.

Note what Jeremiah 23:16, 17, and 32 say false prophets can do to God’s people and how they do it. They make us worthless; they don’t profit us at all. They do this deliberately through lies and recklessness. The cruel Babylonians mercilessly came against Judah. Jeremiah was right!

Fast-forward to the New Testament. Many people heard Jesus. Some understood that He was fulfilling messianic prophecies and was their Savior. Others, however, including the respected religious leaders, turned against their only hope of salvation. As with King Ahab and Judah, Bible prophecy became a salvation issue for them when they crucified Christ, did not repent, and did not heed Jesus’ warnings about the impending destruction of Jerusalem (Matthew 23:31-38; Luke 19:41-44; 21:5-24). As Adam Clarke wrote, “[I]t is very remarkable that not a single Christian perished in the destruction of Jerusalem though there were many there when Cestius Gallus invested the city.”1 They fled and were saved.

We therefore learn that prophecy can be a salvation issue when we fail to tell the difference between a false prophet and a true prophet. As in Jehoshaphat’s case, a false prophet can cause us to join the wrong people.

Hence, we need to take serious heed of the test of true prophets (Deuteronomy 13:1-3; 18:22). They will be loyal and obedient to God. Their “Thus saith the Lord” will never fail. The safest ground for us is not to accept the prophetic teachings of anyone unless we are fully convinced of their godly manner of life and that their teachings are consistent with the Word of God.

It is not our intention to give the impression that the very end time will be like the times of Jehoshaphat, Jeremiah, or ad 70, when people had to recognize specific signs and follow specific physical instructions (i.e., escaping Jerusalem) to be saved. That salvation was physical, with a physical way of escape.

The salvation this article is concerned with is spiritual and solely dependent on our being in right relationship with God through Christ. The point of using the physical examples is simply to show the importance of distinguishing between true and false prophets.

Beware: Bible prophecy is also a salvation issue if we become false prophets ourselves. Revelation 22:18-20 provides a severe warning in this regard. If anyone adds to or takes away from the prophecies of the book of Revelation, God will take away his or her part from the Book of Life.

So let’s not be reckless with prophecy as the false prophets were in Jeremiah’s day. It’s reckless to teach from a Bible prophecy if we have not fully considered its context, if we are not sure of its meaning, and if we are not adequately trained. When we have the slightest doubt, keeping silent on the meaning of a prophetic text is by far the wiser option. Remember, teachers will receive a stricter judgment (James 3:1).

The most important way Bible prophecy can be a salvation issue is if its grand purpose is not fulfilled in our lives. Jesus highlighted this in Luke 24:25-27:

“O foolish ones, and slow of heart to believe in all that the prophets have spoken! Ought not the Christ to have suffered these things and to enter into His glory?” And beginning at Moses and all the Prophets, He expounded to them in all the Scriptures the things concerning Himself.

The key aim of Bible prophecy is to point us to Christ our Lord and Savior. If we don’t put our faith in Him and follow Him, Bible prophecy has not profited us at all. It thus has become a salvation issue in our own lives.

In a close, trusting, and loving relationship with Christ we have nothing to fear now — or in the last days. Being in Christ and living in the Spirit is like being in Noah’s ark. The world may be falling apart all around us, but we are safe in Christ, even if our understanding of the end times is limited. The apostle Paul himself only knew and prophesied in part (1 Corinthians 13:9). What matters most is that we know, love, and serve the true Shepherd and Master of the end times.

Jesus said He’s coming quickly, but He hasn’t yet. Doesn’t this show that the Bible is untrustworthy? Previous post