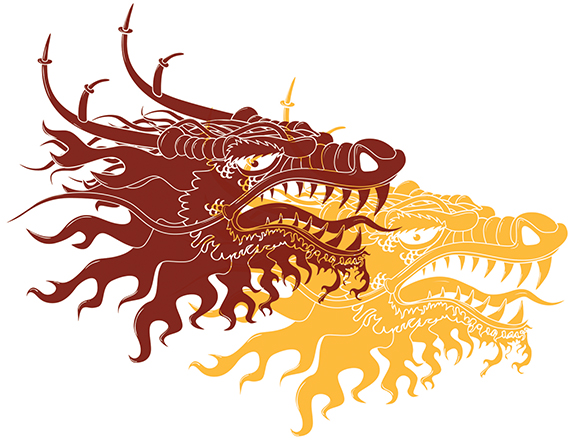 Of Beasts and Men

We humans have an affinity with beasts. Little wonder, considering we both were made from the ground on the sixth day.

I often ask myself, Am I a man or a beast? A question like this occupying my thoughts speaks to our innate similarities and differences. After all, the beast takes no thought for such concerns. Though man and beast were made side by side, human beings carry the breath and image of God. We alone of all creatures live under His command and contemplate being more, or less, than we were created to be (Genesis 1:24-28; 2:7, 19).

This line of thinking is no curiosity; it is of urgent importance. Consider the first and last books of the Bible, Genesis and Revelation. In Genesis 3 a beast of the field, the serpent, tempts the first family to disobey their Maker and reach beyond their grasp to be like God. The result is that in their attempt to be more, Adam and Eve became much less than God intended them to be. Their sin, and the fall that followed, links them — and all of us — to the beastly nature that deceived them in the first place.

Genesis 4 reveals the terrible consequences when Cain, like a beast of the field, slew his brother Abel in the field. After Cain’s sacrifice had been rejected, God warned him that sin, like a beast, was crouching at his door, desiring to take him (vv. 7, 8). Cain was to master this beast, but he didn’t; the beast took him. And worse than killing him, it remade him in its own beastly, predatory image. God gave Cain a mark to keep men from killing him, but that mark also identified him as the beast that killed a brother.

Later, in Genesis 37, one brother becomes many when Joseph’s brothers conspire to kill him, and lie, “Some wild beast has devoured him” (v. 20). Beasts abound as the brothers’ behavior, far from brotherly, now conforms to the destructive deception of that first beast of the field. The image of God is grossly distorted; man and beast interchange.

These seminal Genesis stories are writ large in Revelation, where the serpent and his beastly spawns have grown to staggering proportions, threatening to swallow the world. They’re now universal in scale: political, economic, cultural, all-encompassing philosophies of being. The potent images of the dragon, beast, and lamb-like beast found in Revelation 12 and 13 are painted in vivid, dreadful apocalyptic detail. This imagery shouldn’t be taken literally; it both conceals specifics and reveals deeper realities that defy plain speech.

These multi-headed monsters rampage across history, ravaging and growing. Their appetite cannot be sated. They want your soul. They want your worship. They want your identity. That is what the mark of the beast is. The number 666 is the sign of the image and interest of the beast-man, who idolizes selfish sixth-day existence while denying the Creator who completes all in seven. This beastly boast is common in Scripture. Take Nebuchadnezzar, whose pride brought his heart down to that of a beast, until “seven times” passed over him and he recognized the Most High (Daniel 4:31, 32; 5:20, 21).

Revelation presents us with a showdown over whose image we will bear. Revelation 13 reveals a slaying beast and those who have his sign on their foreheads (the center of thought and identity). Revelation 14 contrasts this with a Lamb slain and those who follow Him. They have a mark on their foreheads, too: the name of our Father God. His heavenly image is borne by those who live beyond mere earth-bound instinct or self-bound interest and freely trust and obey His lordship (Revelation 13:18; 14:1).

We know how the story ends; we know whose image wins. The Lamb will toss the beasts into the lake of fire at His coming (19:20). But until that day, we must not be lulled into complacency, thinking that the battle is behind us. It’s still underway. The actors have not changed, nor have their tactics. The deception of the serpent of Genesis 3:1 is alive and well in the lamb-like beast of Revelation 13:14.

The beast as a God-denying, man-idolizing system of life remains all around us. The third angel’s message of Revelation 14:9, 10 warns against conforming to this beast. But how do we overcome this political deception? How do we resist its economic dominance? How do we avoid worshipping at its altar? This beastly temptation that snared Adam and Eve, and so much of the earth since, presents us with a challenge. How do we rise above its near irresistible domination of thinking, doing, and being?

It helps that the features of the four beasts of Daniel 7, corresponding to the empires of Babylon, Persia, Greece, and Rome, are all rolled up into the grotesquely monstrous chimera of Revelation 13. We have examples to learn by. As generations before us, we know these greedy beasts when we see them. And as Daniel, John, and others recognized and withstood the idolatrous thought- and world-devouring beasts of history, God’s people will endure their subtlety and strength in our own time, too.

The good news of Revelation is that God and the Lamb have already, and will, defeat evil in all its manifestations. This brings us hope and courage in the face of dragons.

The good news of Revelation is that those who worship God and the Lamb have both the testimony of Jesus and God’s commandments (12:17; 14:12). This brings us patience and blessing in the face of beasts.

This brings us wisdom and witness in the face of Lamb-like false prophets. This helps us tell the difference and avoid deception. Abel and Daniel, John and Paul distinguished monsters from lambs, the image of God from the idols of men, the redemption of divine love from the degradation of human lies. Now you and I must do the same.

Am I a man or a beast? Paul in Romans 1 says we do have an affinity with beasts, exchanging divine glory for images of creeping things, exchanging gratitude for pride, truth for a lie, real worship for selfish idolatry. And we are turned over by God to the depravity that follows from these foolish exchanges.

This is the way the world is, but it is not the way it has to be. We do not have to be the wild, brute, evil beasts so many Bible writers warn against. God’s righteousness is revealed in Jesus Christ, His image restored. We’re not ashamed of this gospel because it is the power of God for salvation from every beastly way, if we will trust and obey.

If we will, we will not be beasts, but children of God.