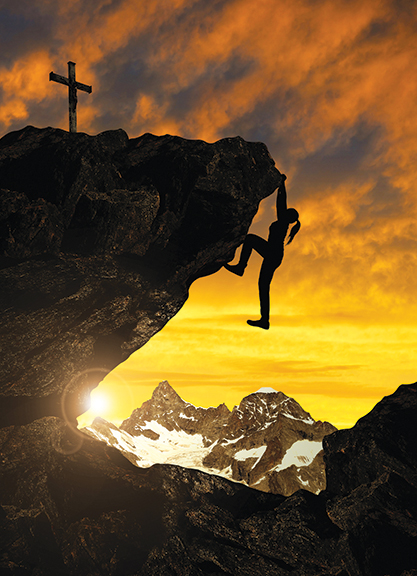 As used here, radical is the opposite of nominal, so-called, in name only, lukewarm, and ordinary. Each of these short pieces illustrates the complete commitment to which our radically committed Lord has called us.

Will God really provide our needs if we seek His kingdom first and fully?

George (not his real name) was seventeen years old when he was dismissed from his dream job. His employer demanded that he work Friday nights, but George wasn’t willing to compromise Sabbath rest. Though devastated at the time, this young man could not have known that embracing such a decision would in time help set him on a path that would lead closer to Christ and deeper into His will. It was a defining moment.

Years later, when George experienced a distinct call to discipleship, a skeptical friend in the Christian community quizzed him about Matthew 6:33. To George, this verse seemed to say that believers are to seek God’s kingdom and righteousness first, and God will provide for their physical needs.

“Get a job that pays well,” chided his friend, quoting the national minimum wage. What he was really saying was that you can’t rely on a literal understanding of Jesus’ words that God will provide all our needs.

George saw it differently: That’s what Jesus had said. Surely He meant it, especially in the light of His pre-incarnate words: “Put me to the test, and see if I will not bless you” (Malachi 3:10, author’s paraphrase).

Some two years after his employer dismissed him, George was walking near a busy highway when a car suddenly pulled over. It was his former employer.

“George,” his old boss asked, “what are you doing these days? Will you come back and work for me? Everyone we employed since I let you go has let us down. I remember how diligent you were; you’re a good bloke. I should have never let you go!”

As we look back on those events decades later, George’s experience illustrates that the light of Christ always shines brighter than our immediate circumstances, no matter how dire they may seem at the time. If we trust in Jesus, for both the short and long terms, our commitment to Him works for the ultimate good.

Not only was George’s employer finally blessed, but so was George with encouragement, empowerment, and ongoing commitment in Christ.

Millions over the centuries have followed Jesus by taking up their own cross — to death.

The 1960 movie Spartacus was a story about a Thracian slave who became a Roman gladiator and rebelled against Rome. He wanted freedom for himself and for all slaves. He dispatched cohorts and even legions back to Rome in disgrace.

Spartacus wanted to fight his way to the south of Italy, where he and other slaves would board Salesian trade ships to freedom. His plan was thwarted when Rome threw a few legions at him. Though defeated in battle, their spirit and desire for freedom remained strong — a brotherhood of slaves who would not kill each other.

After the Romans defeated them, the survivors were told, “Slaves you were and slaves you remain.” They would be spared death by crucifixion if they would find and turn over the slave called Spartacus, dead or alive. The Romans did not know what Spartacus looked like.

A hush fell over the survivors. Just as Spartacus was about to rise and identify himself, Antoninus shouted, “I’m Spartacus!” Then another and another. Soon about three or four hundred slaves were shouting, “I’m Spartacus!” They would not give the Romans the satisfaction of this final insult. Rather than escaping crucifixion, they would all be crucified.

To me, this movie makes a compelling parallel between Jesus Christ and Spartacus. Jesus gave His life for the world. Spartacus gave his life trying to set millions of slaves free. Jesus died on the cross to make all who will, free. Jesus loves us and proved it by what He did for all.

Are we willing to prove our love for Him? Someday soon it may not be popular to be a Christian. If you find yourself in a room with people of mixed religious and political beliefs, do you have the courage to stand up and say, “I’m a Christian! I’m a follower of Jesus Christ! I stand opposed to that”?

In the movie, the time came for slaves to stand up and declare, “I’m Spartacus!” to support him. Will you declare with me, “I’m a Christian, a follower of Jesus Christ, the King of Kings and Lord of lords” whatever the cost?

The call of obedience can seem drastic, and then we recall what’s already done.

God’s law has two sides. One defines righteousness and the other defines love. Viewing law as the only means to righteousness is like trying to push a huge boulder up a hill to please God.

To help us see that the boulder is too much, He makes it heavier and the hill higher to take away all our hope of ever making it to the top. Why would God do such a thing? The Devil tells us it’s because He is mean and angry and wants us to fail. In reality, the heavy boulder and the high hill are demonstrations of God’s wisdom and love.

God wants to show us our hopeless natural state — our inability to live as we ought so that we can give up and die. We must die to our efforts to be righteous before God apart from Christ, so that we can be reborn to abundant life in Him. When we remove the side of God’s law that demands perfect righteousness from us to please Him — the side that breeds guilt and condemnation — the only side left is love.

We should stop trying to push the big boulder uphill to please God. The more effort we put into it, the heavier God makes the boulder and the higher He makes the hill. We should let that big rock roll us over and kill us instead. Now dead to sin and trusting in Christ, we are loved, accepted, and righteous in Him.

What does this plan of God mean for us?  It means we can stop drawing self worth by how well we keep the commandments. Getting our value that way breeds pride and a critical, judgmental spirit toward others. It’s a breeding ground for failure, shame, and self-condemnation.

Viewing God’s law as the law of love means we obey from a different motive. We allow others to grow and experience God’s love — a love that changes lives. God conforms us to the image of His Son through love working from the inside out. He writes His law of loving God and loving others in our hearts and minds. We become His people and He our God, not because we got the boulder up the hill but because we now know that the boulder is already at the top — in Christ.

What can be more radical than to love everybody and forgive them for everything?

Is anything more central to the blessedness of God than His willingness to forgive?

Likewise, nothing is more important to our happy relations with others than the willingness to forgive. Enjoy these happiness words every day: I’m wrong. I’m sorry. Forgive me. Please. Thank you. You’re welcome. You’re right.

We can be the happiest word. We are brothers and sisters in God’s family. God is our Father, and Jesus is God’s only begotten Son — our elder Brother. God is love. Jesus is mercy. The Holy Spirit is forgiveness.

Say these words each day — and do them. You will be doing God’s will. When we know what Jesus does and then do what He says, we will be His friends and will enter the kingdom that’s in heaven, on earth, at hand, and within us.

God gave us permission to choose. We are called to be independent in making decisions, interdependent in relationships, and dependent upon God. We promise to love, to care, to listen, to encourage, and to forgive. This is the free promise of compassion.

When we forgive, we set ourselves free to be the best we can be today, tomorrow, and forever. Say and do the “Forgiveness Prayer” every day: “Please forgive them, for they know not what they do. Please help me forgive them. Please forgive me for what I knowingly or unknowingly did to cause the problem. Please help me forgive myself. Please take away any anger, bitterness, hurt, and any other negative emotions. Please restore my soul and my joy.”

“Pay it forward” by sending this message of love and friendship to others in God’s family.

If You, Lord, should mark iniquities, O Lord, who could stand? But there is forgiveness with You, that You may be feared (130:3, 4).

Bob, a.k.a. “Mr. Happy,” wrote this in anticipation of the twentieth anniversary of National Forgiveness Day, the last Saturday of October. — Editor. 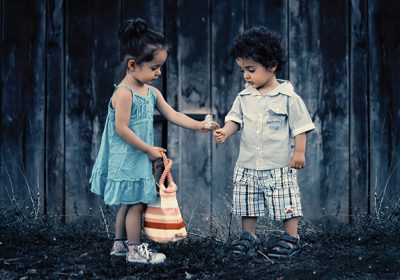 In the Bible we find a wonderful story of reconciliation between two brothers, Jacob and Esau (Genesis 33). For a long time they lived separated from each other due to Esau’s anger and Jacob’s fear. Jacob, influenced by his mother, Rebekah, stole the blessing that by law belonged to his brother. Esau’s anger and frustration […]