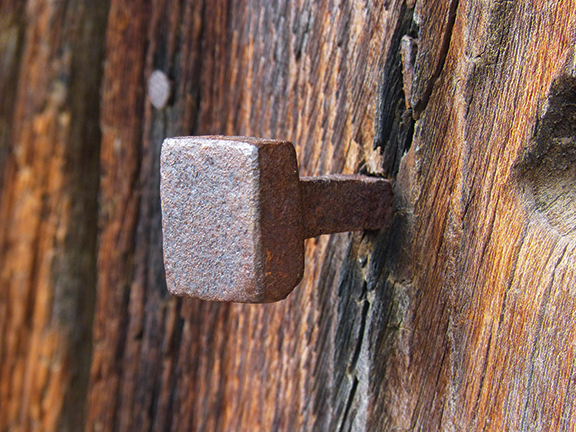 Psalm of the Cross

But You are He who took Me out of the womb; You made Me trust while on My mother’s breasts (Psalm 22:9).

Do you ever find it difficult to trust God? If so, an important key to help you is to develop a love for Him and His Word. People I’ve met who really love the Bible seem to trust God with great conviction.

King David, who lived about 1000 bc, was one of those people. He meditated on the Scriptures, including God’s commandments, and thus wrote often of his love of and trust in God — probably more than any other writer in the Bible. Psalm 22, one of many psalms that David wrote, fills us with the same love for God’s Word and encourages trust in God himself.

But a deeper look at this psalm reveals much more. And what you find might surprise you.

One unusual thing about Psalm 22 is that David writes it in first person, as if it’s all about him. Yet the New Testament says the psalm is about Christ (John 19:23, 24; Psalm 22:18). Though unique, this is understandable when we remember that Jesus’ favorite way of referring to Himself was as the son of David, having come through the family line of David.

Besides his prominence in the Bible, David’s life pictured Christ’s in many interesting ways. Both were born in Bethlehem. Both were shepherds (Jesus in the spiritual sense). Both were doubted and mocked by their people, brothers, and the king. However, Jesus and David were also loved by the poor and those hated by society. People in high places were jealous of them and tried to kill them. Their enemies touched neither of them without their consent. Both faced what looked like impossible odds, but they brought salvation for their nation in unexpected ways.

For example, no one thought David would bring the giant Goliath down with a single slingshot. Likewise, not even Christ’s disciples expected Him to be resurrected and bring salvation for all through the surprising way of the cross. David is Israel’s most famous and loved king; Jesus is King of kings. As such, they both suffered terrible betrayal by those close to them and experienced great pain, but they were both restored.

The similarities are many, so we can understand why David wrote Psalm 22 in the first person, while finding its deepest meaning in Jesus Christ. Despite all these similarities, Jesus thought it necessary to remind us He was much more than David’s son (Matthew 22:41-46).

Understanding the closeness of King David and Jesus will help us make sense of Psalm 22. While David writes it as if writing about himself, careful study shows the psalm is an amazing prophecy about Jesus. And seeing what God has promised and accomplished in Christ helps us love and trust Him even more.

Jesus spoke these very words while suffering on the cross (Matthew 27:46).

Jesus’ enemies regarded and treated Him exactly this way. Luke 23:35 says, “And the people stood looking on. But even the rulers with them sneered, saying, ‘He saved others; let Him save Himself if He is the Christ, the chosen of God.’”

But You are He who took Me out of the womb; You made Me trust while on My mother’s breasts. I was cast upon You from birth. From My mother’s womb You have been My God (22:9, 10).

Matthew tells us how the man Jesus was conceived of the Holy Spirit. He therefore had an incredibly close connection to God, even from conception (Matthew 1:18, 20).

Many bulls have surrounded Me; strong bulls of Bashan have encircled Me. They gape at Me with their mouths, like a raging and roaring lion (22:12, 13).

When it was time for Jesus to be taken and sacrificed, He was like a helpless lamb surrounded by raging bulls or lions. Matthew writes that a great many people came after Him with swords and clubs (26:47). He also says that Jesus was surrounded by many soldiers, who mocked and beat Him (27:27-31).

I am poured out like water, and all My bones are out of joint; My heart is like wax; it has melted within Me. My strength is dried up . . . My tongue clings to My jaws; You have brought Me to the dust of death . . . The congregation of the wicked has enclosed Me. They pierced My hands and My feet; I can count all My bones. They look and stare at Me (22:14-17).

As a person hangs on a cross, their bones slip out of joint. The cross is like a rack that tortures people by stretching them, making death by crucifixion one of the most painful, if not the most painful, kinds of deaths. The word we use today to describe this extreme pain is excruciating, linked with the word crucifixion. Charles Spurgeon provides more about this horrid act:

We know that the greatest . . . pain that the body can endure, is that arising from a bone out of its place . . . Now when the Lord was raised up upon the cross, and his sacred body hung in the air from the nails, all the joints began to give, so that the bones were parted one from the other so visibly that, in very truth (as David had prophesied) they might tell all his bones, and thus, throughout the whole body, he endured acute torture.1

It’s amazing David knew exactly the kind of death Jesus would die, even specifically stating Jesus’ hands and feet would be pierced. Did you also notice that in verse 15 the prophet David says that God brought Jesus “to the dust of death”? It was God’s plan to save us through His Son’s sacrifice.

They divide My garments among them, and for My clothing they cast lots (22:18).

The apostles John and Matthew both write about the soldiers sharing Jesus’ clothes among themselves by casting lots.

God raised Jesus from the dead! He heard His cries but did not save Him immediately, as He had a greater plan for us. For forty days, Jesus showed the brethren that He had been raised from the dead. Therefore, His followers praised and glorified Him. The Christian movement would have died had Christ’s followers not seen Him alive again.

All the . . . world shall remember and turn to the Lord, and all the families of the nations shall worship before You. For the kingdom is the Lord’s, and He rules over the nations. All the prosperous of the earth shall eat and worship; all those who go down to the dust shall bow before Him . . . A posterity shall serve Him. . . . They will come and declare His righteousness to a people who will be born . . . (22:27-31).

Today, in Christ’s spiritual kingdom, people from every nation worship and serve Him because of His loving sacrifice on the cross. Though much more could be said about these prophetic verses, Jesus has been raised, sits on the throne, and is seated at the right hand of God (Acts 2:29-33). Many obedient believers from all nations hope in Christ their ruler (Romans 15:8-12).

Psalm 22 was written one thousand years before Jesus’ crucifixion. Its witness to God’s faithfulness to deliver and fulfill His promises in Christ makes it a personal, reliable love letter to His people of every age.

Do you have trouble trusting God with all your mind, loving Him with all your heart? Why not take the time to study the Bible carefully? His Almighty signature is all over it. Trust Him! 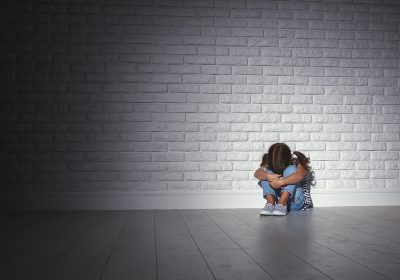