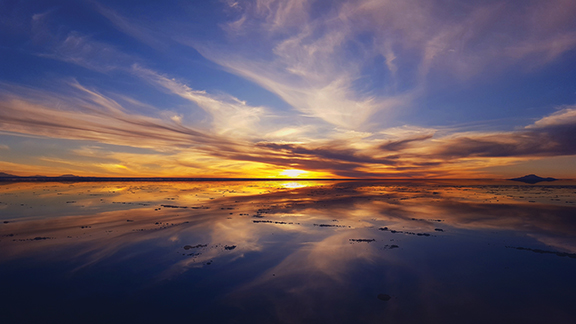 Kingdom. It’s one of the grandest ideas in Scripture.

We see it in the beginning when God fashions a realm and commissions His image-bearing creatures — man and woman — to take dominion and rule on His behalf (Genesis 1:26-28). We see it in Abram’s call to become great and for his greatness to be a blessing to all the nations of the earth (12:1-3). We see it in the forming of the nation of Israel as a kingdom of priests to represent God in His earth (Exodus 19:1-6). We see it in God’s promises to raise up an eternal heir to rule over His kingdom (2 Samuel 7:16; Isaiah 9:6, 7).

Most importantly, we see it in the incarnation of Jesus Christ, who announced the coming of God’s kingdom in His life and work (Matthew 1:1—2:5; 4:23; 12:28). Jesus was the second Adam (Romans 5:12-17; 1 Corinthians 15:42-49); the promised seed of Abraham (Galatians 3:6-16); the son of David who would reign as King for all eternity (Matthew 21:1-9). Jesus was the fulfillment of all God’s plans and promises from creation. Through Jesus’ death and resurrection God reestablished His rule and reign over all of creation.

However, much to the surprise of Jesus’ earthly contemporaries, God did not establish His kingdom in its fullness (1 Corinthians 15:20-28; Hebrews 2:5-18). Rather, He inaugurated His kingdom in the seemingly insignificant work of Jesus and His disciples. This kingdom would spread like yeast through dough, growing slowly, exponentially, like a mustard seed grows into a great bush (Matthew 13:31-34). This would be a gracious and benevolent kingdom in which leaders are servants, first are last, weak are strong, sinners are welcomed, and new life is freely given to all who will receive.

In time, Jesus would return to complete the redemption and restoration of His creation. All the kingdoms of the world would come under the reign of our Lord and His Christ (Revelation 11:15). A thousand years of Jesus establishing His rule on earth would culminate in a final judgment of all evil (20:4-15) and the rebirth of creation in a new heaven and new earth in which God would reign forever (21:1-5).

This is the story of the kingdom. It is the great, all-encompassing narrative of Scripture — the theme that ties everything together. But something is missing from the story above: our place in the kingdom as Jesus’ followers.

The last thing Jesus told His disciples before leaving the earth was that they would be His kingdom representatives on earth (Matthew 28:18-20; Acts 1:6-8). As the Father had sent the Son, so the Son was sending His disciples in the power of His Spirit (John 20:19-23). They would be Jesus’ ambassadors, joining God’s mission to redeem all of creation by sharing the message and ministry of reconciliation (2 Corinthians 5:14-21). Jesus’ followers would be a kingdom of priests (1 Peter 2:4-10; Revelation 1:6; 5:10), carrying the kingdom of God throughout the earth. People would be rescued from the kingdom of darkness and transferred into the kingdom of God’s beloved Son (Colossians 1:13, 14). In this clash of kingdoms, the gates of hell would not prevail, for the King himself was committed to building His church (Matthew 16:13-19).

What an incredible story! And what a tragedy that the church has all too often forgotten our part in it. In our obsession with our doctrines and righteousness, our programs and traditions, our separation and survival, we often forget our purpose. We are here to represent the King of Kings as He establishes His loving rule over His creation. We are God’s emissaries on earth, called to fulfill humanity’s original assignment to reflect God’s glory to the rest of creation and reflect the worship of creation back to God. Everything we are called to do as God’s people is in service to this great mission of advancing the kingdom and hastening Christ’s return. Christ delays so that more people will come to repentance and new life (2 Peter 3:3-13). That is why we are here.

Our King has left us with a kingdom commission. He has assigned us to be messengers of God’s good news. He has filled us with His Spirit so that we can bear compelling witness to the love of Christ that compels us to live for something greater than ourselves (2 Corinthians 5:14). Our mission is not simply to become better people or even to become a better church. Our transformation from sinners to saints is not only for our benefit but for the benefit of others (Matthew 5:16). Our transformation from a divided and broken people into the people of God is for the salvation of the world. Christians are called to rule and reign with Christ now, in the millennium, and for all eternity.

As we embrace our identity as leaders in our various realms of influence, let’s be sure that we remember our part in this story. Our influence in home, school, community, church, city, state, nation, and world is to be kingdom focused. Our goal should be full, abundant kingdom life for us, our families, our neighbors, the stranger and foreigner — even our enemies. The church corporately and believers individually are the temple of the Holy Spirit on earth (1 Corinthians 3:16; 6:19). As God’s temple, we are where God’s presence is seen and felt on earth. Like salt flavoring food and light shining in a city (Matthew 5:13-16), we are called to advance the kingdom of God through love, forgiveness, righteousness, hope, healing, and reconciliation.

We are called to advance the kingdom of God through love, forgiveness, righteousness, hope, healing, and reconciliation. - Israel Steinmetz Click To Tweet

In an age that calls us to war, domination, division, hatred, partisan politics, and power grabs, may we embrace the servant-hearted, kingdom-focused leadership of our King, who came to serve and sacrifice Himself for the salvation of the world.

Want to learn more about embracing your call to kingdom-focused leadership? Here are some resources for you!

The Doctrine of the Incarnation: A Historical Exploration - Part 1 Previous post

The Doctrine of the Incarnation: A Historical Exploration - Part 2 Next post 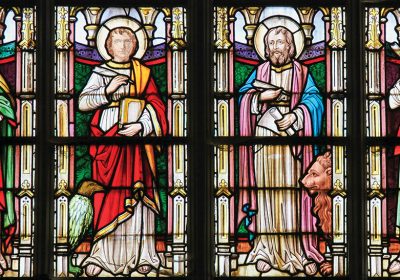