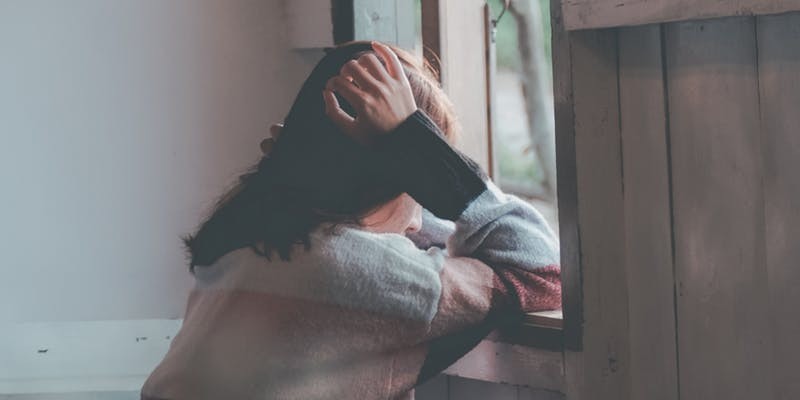 When We Don’t Understand

Job isn’t a mythical character. There’s ample reason to regard him as a historical person (Ezekiel 14:14, 20). Job’s worldview was turned on its head by the events he endured and the emotions he experienced. The story of these related in the book of Job teaches us that God is sovereign. He has motives and meaning not always revealed, for “It is the glory of God to conceal a matter . . .” (Proverbs 25:2).

Job opens with a description of the relationship between God and Satan that seems to have guided the theology of only a few. There’s no “great controversy,” no battle between polar powers. Here, one being is subservient to the authority of the other. Satan plays a role in the first two chapters, then is dismissed as of no consequence for the remainder of the book. What Job endures is permitted by God.

Job knows this, but he doesn’t understand it. His orthodox theology is similar to that of his friends: Goodness is rewarded and evil is punished. But now he has run into a problem: He has done no evil, so why is he being punished? We have the account of chapter 1, so we know why things were happening, but Job did not. For him, the meaning was concealed.

After suffering his great losses, Job is shunned and cast out of the community. In the orthodoxy of that day, this means he is cut off from the congregation, and hence from God, and he truly feels it. If he is cut off from his Maker, Job has nothing left His wife, recognizing this, tells him he may as well get it over with: Just curse God and die (2:9). We mustn’t judge her harshly. She has lost all her children, the family wealth, and now her husband.

Having heard of his great fall, Job’s friends arrive and sit with him without saying a word for seven days, a period of mourning (vv. 11-13). But what comfort can be offered to such a vile sinner? Once they do speak, Job realizes that his friends have joined the judgment of his town. They insist he is being punished and needs to confess, but Job knows he has done no wrong. And, in fact, he has not (1:1; 2:3). His conduct, words, and attitude are exemplary. He trusts the seemingly feckless God with everything: “Though he slay me, yet will I trust him” (13:15). Job’s issue is why God keeps Himself and His reasons hidden.

Orthodoxy, or the acceptable ways of believing in God, shields us from error when it is focused on an ongoing, vibrant relationship with God. But when it drifts from that, orthodoxy can be cold and cruel. We see this in the dialogue of Job’s friends (chapters 3-26). Eventually Job ceases trying to reason with them and addresses the veiled God instead. For many chapters he seeks the silent God, asking questions that He will not answer. Even when God does respond, it isn’t to any of Job’s questions but rather with 77 questions of His own (chapters 38-41).

Through all this, we find that God is wonderful (42:3; Psalm 139:6), from a Hebrew word meaning “incomprehensible.” He is impossible to fully know because He has never created anyone who has His own capacity. We are all limited in our knowledge, but He is not. He knew ahead of time the day of your birth. He also knows the day of your death. And, by the way, you are going to die on time!

God knows what tragedies will come, what sorrows we bear, what pains and hurts are ours. Sometimes we can get the idea that He doesn’t care. But He does care and will do what is right, and He will do it for His glory.

We have a problem with that. He asks us to trust Him, but we want to be in charge, to be the captains of our destiny and the masters of our fate. We want to make the decisions, but God says, “You’ll never know what I know.”

Job tries to find out why he is suffering so much. He tries to understand why he is going through those distresses, but God never gives him any answers. God has him suffer through the advice of friends, who each give him their own theory about his trials. God exposes us to hassles that yield no truth. “Miserable comforters are ye all,” says Job (16:2). Maybe it is his sin. Maybe God is showing him how fragile humans are.

Job gets no peace for his shredded heart, and when he finally runs out of conversation, God speaks. He brings to Job’s attention two gigantic animals, saying, in essence, “Job, I made those” (chapters 40, 41). Job then declares, “Therefore have I uttered that I understood not; things too wonderful for me, which I knew not” (42:3).

Job admits he doesn’t understand any of this and will rest in that and be quiet. Though he has lost it all, he has found God and worships Him (42:5, 6). His fellowship with God is restored, Even without full knowledge of God’s love, which Calvary would later inform us of, Job finds God to be more than enough. His urgent appeal for vindication falls away. And God blesses him.

It is like this with us as well. We suffer unjustly. We question “Why?” We have misguided friends who think they know more than they do. And yet, we have heard the voice of God and have learned to trust Him and glorify Him in all circumstances. Like Job, we can say “Wonderful!” as God teaches us to rest in Him even when we don’t understand. Then we are a glory to Him who conceals.