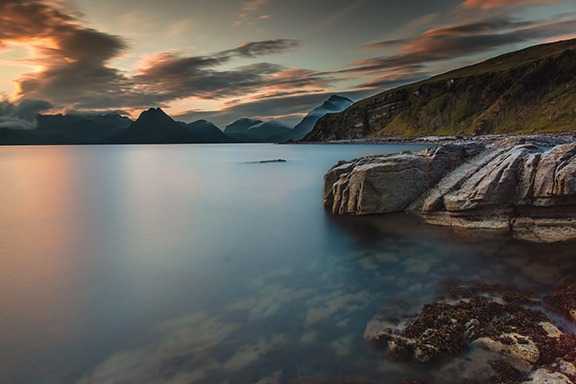 The Little Commission: Before You “Go”

We’ve all heard of the Great Commission, Jesus’ last command to His disciples: “Go . . . make disciples of all the nations . . .” (Matthew 28:19). Many have been moved by it. But many others, although they know it, aren’t so moved — at least not directly. For them the Great Commission is overwhelming, perplexing, or someone else’s “calling.” The unfortunate result is that Jesus’ commission goes unfulfilled for many believers. Maybe you identify with this.

A commission is defined as “an instruction, command, or duty given to a person or group of people.” Jesus’ commission is like that. Surely it wasn’t directed to an elite few but to all those who know Him as Savior and follow Him as Lord. And it is not a staggering duty or physical feat. Going to the nations is as easy as going next door. So why do so many of us find His commission beyond our grasp or our call?

There are probably as many answers as there are disciples, but I’ve been pondering one possibility from the very context in which the Great Commission was originally given. In our hurry to get to the crown of Jesus’ instruction, we typically rush past the humble directive He gave first. We all know the Great Commission, but do we recall the little commission that started it all?

Maybe if we’re more attentive to the first, we’ll be better prepared for the second.

According to Matthew’s account, before Jesus gave His commission, He first called His disciples to Himself. The verses just prior to His famous last words provide the larger context:

Then the eleven disciples went away into Galilee, to the mountain which Jesus had appointed for them. When they saw Him, they worshiped Him; but some doubted. And Jesus came and spoke to them, saying, “All authority has been given to Me in heaven and on earth” (Matthew 28:16-18).

Here Jesus reoriented His eleven remaining disciples. This reorientation is nothing less than the passage from death into life — His life! Nothing would succeed without this. So He called His followers to a special place, to an appointed mountain in Galilee. They knew where to find Him, but they had to leave where they were and go. This is the little commission, but it’s not insignificant. Everything hangs on it.

Jesus first gave the important instructions just before His crucifixion. After the Supper, as they went out to the Mount of Olives to pray, Jesus talked to His disciples of His death, their offense, and the unimaginable aftermath: “But after I have been raised, I will go before you to Galilee” (26:32). The good news of resurrection was there in the face of a terrible cross all along.

But how soon the disciples forgot their little commission. Can we fault them? The inescapable, unrelenting trauma of death tends to do that.

Three days later, burdened and grieved by losing Jesus by a brutal, shameful crucifixion, they were reminded of their little commission again. When Mary and the other women went to the tomb, expecting to anoint the “crucified,” they found an empty tomb — and an angel — instead. While they looked downward, deathward, the heavenly messenger pointed them upward and gave them a little commission of their own: “Go quickly and tell His disciples that He is risen from the dead, and indeed He is going before you into Galilee; there you will see Him” (28:7).

The women ran — and ran into Jesus. They worshipped Him, just as the disciples would, because that is the result of encountering the Resurrection. If once wasn’t enough, Jesus reminded them again of their commission to remind the disciples of their commission: “Do not be afraid. Go and tell My brethren to go to Galilee, and there they will see Me” (v. 10).

“Go and tell.” The women’s little commission anticipated the great one. Why were the women given this twice? Maybe, like the men, they were forgetful. We can’t blame them either. Who would remember Jesus’ words before His death and believe the Resurrection? The hard, numbing reality of death’s sting is potent. Who can resist it? That’s why supernatural encounter is necessary. Both the angel and Jesus told the women not to be afraid. Resurrection is shocking. It is world defying and world altering. Death is reliable. Resurrection changes everything.

Of course the women were afraid. Death is a familiar habit, but its power must be broken, and only the Risen revealed could reorient them from death to life. Only the Risen could induce the worship necessary to throw off the shackles of death that limited both their imagination and their actions. Leaving death behind, the women ran in the power of the Resurrection to tell the good news to the disciples.

The woman followed their instructions, and so did the men. They came to Galilee to that particular mountain. More importantly, they came to a particular person: the Resurrection and the Life. They saw. They worshipped. They learned. All authority and power over heaven and earth, and death itself, belong to Him.

The little commission to come to Jesus was not so His followers could get the Great Commission. First, it was so they could understand who He is and how they would accomplish all He sent them to do. Second, it was to reorient them from the practical, realistic realm of death to the supernatural, transformative realm of resurrection. The little commission to come to the mountain to see and worship prepared them for the Great Commission. It taught Him, before them — that their sufficiency was not of themselves but in the risen Christ!

What better place than the mountain for Jesus to reveal Himself, to reorient His followers’ lives in resurrection worship and service for Him? The mountain is an important feature in the Gospel of Matthew. On a high mountain, Jesus turned aside Satan’s last temptation before beginning His ministry, and there His glory was unveiled in transfiguration (4:8; 17:1). On a mountain near the Sea of Galilee, Jesus withdrew alone for prayer, and there the multitudes were healed and amazed that the kingdom of God had come near (14:23; 15:29).

Most significantly, calling His disciples to the mountain appointed at the end of the Gospel brought them full circle to the beginning of their discipleship with the Master: “Seeing the crowds, he went up on the mountain, and when he sat down, his disciples came to him” (5:1, ESV). The Great Commission to make disciples of all nations — to baptize them in the name of the Father, Son, and Holy Spirit, to teach them to obey all that Jesus has taught — was given in a context similar to that of the Sermon on the Mount. That’s where they learned what it meant to be faithful disciples of the Lord Jesus (Matthew 5-7).

Now, in this place, on this mountain on the other side of the cross, grave, and raising, they would not only become the disciples of the King they were intended to be, but also turn the world upside down by making disciples of all nations for His coming kingdom. They would succeed in this only because they heard the little commission and came and worshipped and learned that Jesus is all in all.

If the Great Commission is for all of Jesus’ disciples, in all times and in all places, then maybe the little commission is for us too. If the eleven disciples needed the first in order to accomplish the second, don’t we? If Jesus said, “Come to Me” before He said, “Go,” maybe we should hear His call and follow Him up that mountain. If some doubted then, needing Jesus’ resurrection reassurance, then maybe some do today as well. Whatever our level of confidence, maybe we all need to come again to Him and be reoriented and renewed in His resurrection power.

We all need to come again to Jesus and be reoriented and renewed in His resurrection power. - Jason Overman Click To Tweet

Are we any less disoriented and despondent than the disciples or the women were by all the ways that death takes our hearts and hands captive? I don’t think so. We who halt in uncertainty at the Great Commission, or charge ahead ambitiously, must return to that little commission. For to return to Jesus is to leave behind what the world offers, along with all our own best efforts and ideas. To return to the mount of the Risen is to see and worship and be transformed.

In Jesus’ little commission we’re prepared for His Great Commission. In our faithfulness to the first, we find success in the second. For how can we not share the One who has shattered death and is our life, and life itself?

So before you go out, go to Him.

How to Set SMARTER Goals for the New Year Next post