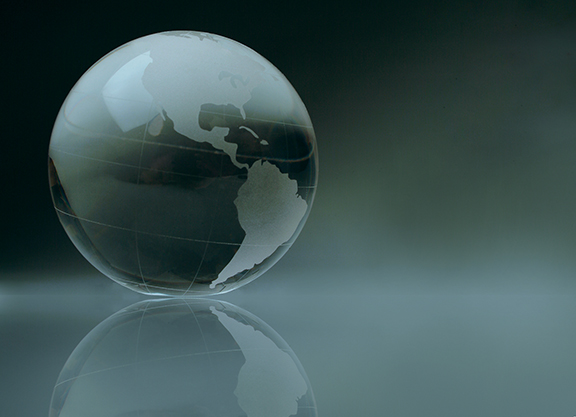 For six thousand years, God’s love has called us back when we’ve strayed. In the first two thousand years, God worked with individuals in a single community unified by a common language. In a community, we prefer to follow the crowd, forgetting that the crowd is also following us. With the anonymous security of safety in numbers, we unwittingly encourage each other to abdicate individual responsibility. How can God hold me accountable if everyone is doing it?

By the end of this first era, humanity had strayed so far that only one man could still hear God’s call (Genesis 6:5-8). God rescued Noah and his family while He destroyed the entire world in a flood (7:19-24). This story illustrates that the unrighteous ignore His love. They drift too far. Once all hope is lost, God grieves and moves on.

In the second two thousand years, God divided the global community after Babel (11:6-9) and chose Abraham as a paradigm of individual relationships (12:1-3). Abraham’s descendants became the nation of Israel, and God gave them His moral law as an anchor against unrighteousness (Exodus 24:12). He moved Israel to the crossroads of the ancient world to serve as a righteous influence.

However, by the end of this second age, the Israelites were using the law to establish their own self-righteousness. They rejected Jesus when He came (Matthew 27:23-25); Paul laments their loss (Romans 10:1-4). From this we learn that the self-righteous ignore God’s love as well. They do things their own way for too long. Once all hope is lost, God grieves and moves on.

After Israel rejected God’s Son, God chose the Gentiles as His example (Hosea 2:23; Romans 9:23-33). Through Jesus, God provided a righteousness apart from the law (Romans 3:19-28). This third age, the age of Christianity, is now about two thousand years old. As Christians, we risk succumbing to both spiritual dangers of the preceding eras. At one extreme is a lawless grace that never transcends unrighteousness. At the opposite extreme is a graceless law that never transcends self-righteousness. Those at one extreme often justify their stance by pointing to those at the other extreme (John 8:3-11). However, in reality, which is worse: to be unholy or unloving (1 Peter 1:14-17; 1 John 4:8)? Both ignore God’s holy love. Once all hope is lost, God will grieve and move on.

Though the trends are frightening, God graciously rescues souls along the way (Romans 9:27; 11:5, 6). Our challenge as a church is to navigate successfully between the two extremes outlined above as we teach faith-based justification (Romans 3:20-31) and gratitude-based sanctification (Colossians 1:10-12). Through the continual outpouring of God’s grace, our oneness in Christ leads to personal holiness as we grow in Him (Philippians 1:6).

Today we’re immersed in a culture that’s taken the extreme views of law and grace to their logical end. At one end dwells a brutality bent on purifying the world of any interpretation of truth other than its own (radical Islam). At the other lurks an equal determination to undermine the foundations of truth itself (radical secularism). The former proclaims its own moral authority, while the latter proclaims its own moral autonomy. Self-righteousness and unrighteousness are at opposite extremes, but they share a common thread: individualism — the antithesis of God’s love.

Individualism is an independent spirit that interprets benevolent correction as an affront to its moral authority and an imposition on its moral autonomy. In this corrosive environment, we learn to avoid any conversations of spiritual consequence. Paradoxically, we find that when we get together, we must leave each other alone.

How did we get here? As children, we first learn to be responsible for ourselves. Ideally, as we mature, our responsibilities grow to include the welfare of others. This begins within the family, expands to our churches, and eventually reaches to our communities as God’s love grows within us and we develop a compassion for humanity. The universal morality that guides us and binds us together comes from the Bible, and the power to love comes from His Spirit living within us.

This universal morality was lost when our culture rejected the Bible as the divine source of authority. On our own, no human has the moral authority to tell another human how to behave. Morality requires an authority that transcends humanity. Without the Bible’s authority, right and wrong are nothing more than opinions. For example, “Thou shalt not kill” would mean nothing more than “Personally, I don’t like murder, but that’s just me. What you do is your business.” As the ghost of God’s morality fades away, a terrifying moral abyss awaits.

This culture infects us all. Since love invests itself in the lives of others, our practice of non-intervention deadens our sensibilities to care for others. Without a common moral bond, our community becomes a collection of self-focused individuals. Consequently, there is little sense of personal responsibility for anyone but ourselves and little commitment to any greater cause. When we convene, we rely on nothing more than a collective self-interest to hold us together. Once the self-interest evaporates, so do we.

Individualism is the enemy of love; it keeps God’s love at bay. We live in death’s shadow, and we need His Spirit to lead us safely from its embrace. We must help each other, but the challenge is complex, since the disease causes us to reject each other’s help.

If we are to succeed, we must expose ourselves to pain. We must patiently endure rebuffs and resistance as we allow His love to work through us. Love is willing to suffer for others, even at their hands. As we gain each other’s trust, we can have deeper conversations. We can learn to correct each other without taking or giving offense. As we do, we can rebuild our sense of community. As we invest in each other’s lives, His love will begin to resonate within our souls and reverberate throughout our churches. In this challenge, we stand or we fall. Eternity is in the balance.

In the vision of a vibrant twenty-first century church, the Church of God (Seventh Day) defines a community for those committed to a gratitude-based, loving obedience to Christ (Titus 2:11-15; 1 Peter 2:9-12). Our Statement of Faith defines our common bond as a denomination within the larger body of Christ. Beliefs not defined in our Statement of Faith are individualized as personal convictions that encourage diversity without division. We are each free to differ in our convictions as we remain unified in His Spirit. Our foundation is the person of Jesus Christ, and His Spirit leads us into all truth (1 Corinthians 3:11; John 16:13). And at the heart of His truth is His love (Ephesians 4:15).

Since each of us progresses through a spiritual journey and new journeys are continually beginning, our churches will never be entirely free of unrighteousness and self-righteousness. Hospitals never rid themselves of disease, but patients do get better all the time. Love draws us in from both extremes as the unrighteous learn to obey and the self-righteous learn to love.

We all struggle with both. Our shared beliefs and personal holiness anchor our community, while personal gratitude and acceptance help us grow in grace and love (Revelation 14:12). We each worship together in gratitude as one community by His Spirit and His truth (John 4:23, 24).