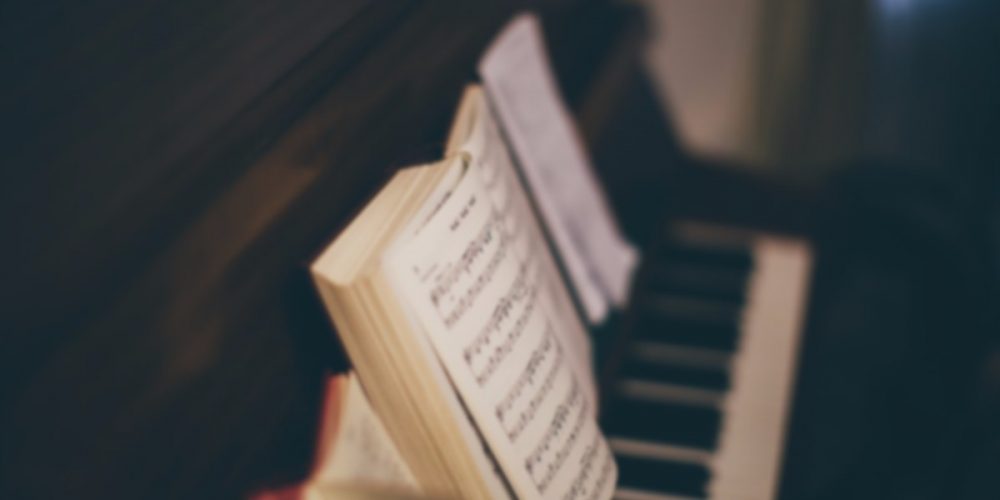 What Redemption Means for Followers of Christ

We say it as often as we can: Jesus-followers have been re-created by Christ to lead on His behalf in our everyday lives and circles. But why? Because of His redemption. With an accurate understanding of this common Christian word, we come to a greater personal appreciation of the gospel. And with that greater appreciation comes a deeper desire to live surrendered to His leading which enables us to influence others for Him.

Redeemed — how I love to proclaim it!

Redeemed by the blood of the Lamb;

His child, and forever, I am.”

Perhaps this beloved hymn says it best. Written by the prolific American lyricist Fanny Crosby, it captures in simple verse the most precious truth of our faith: We are redeemed!

The hymn’s beauty is made all the more poignant when we realize that Fanny Crosby was blind from infancy. Despite her disability, she penned more than eight thousand hymns in her ninety-five years. Content in her infirmity, she rejoiced that she could sing praises to her Lord, undistracted by earthly beauty. Though blind in this world, she delighted that, in the world to come, “the first face that shall ever gladden my sight will be that of my Savior!” 1

Lives like Fanny Crosby’s show us the depth of Christ’s redemptive work. Its gift rings truest from a place of helplessness. Redemption is so thoroughly associated in our thinking with salvation in general that the richness of its meaning and how it illuminates salvation in a particular way is easily forgotten.

Few words in the Christian lexicon are more familiar and less appreciated than redemption. To recover the unique spiritual significance of it, we must see how the word originally functioned. Before it carried such sacred freight, it was just an ordinary, everyday word.

The meaning of redemption.

In the ancient Hebrew and Greek contexts from which the Bible emerged, “to redeem” was to rescue or release persons or property from desperate conditions through a purchase. In the Greek world, for instance, a prisoner of war could be redeemed from his captors if his countryman provided the required payment. The price necessary to secure the captive’s freedom was called a ransom. This socio-legal procedure applied to ordinary slaves as well. Manumission was the common practice whereby a slave was purchased from his master in order to be freed.

The same holds true in the Hebrew world. The Old Testament contains the provisions whereby a poor Israelite who had surrendered his property or sold himself into servitude could be released, or redeemed, at the initiative of a near-kinsman (Leviticus 25:25, 47, 48). In such cases, the family member was responsible to bear the expense to rescue his brother. The story of Ruth (4:1-12) offers a vivid picture of this arrangement. A similar transaction in which a price secured release is the redemption of firstborn children from sacrificial obligation (Exodus 34:20).

In short, characteristic of redemption is a) the helpless captivity of one party to the b) overwhelming power of a second party, followed by c) the release of the first from the grip of the second at the expense of a third party.2

The metaphor of redemption.

From this social context, redemption is taken up as a powerful metaphor for God’s gracious working on behalf of Israel and the whole world. It is not accidental that the biblical language of redemption begins, and ultimately echoes, the Exodus story. God heard the cries of His people and told Moses to tell the Israelites:

I am the Lord; I will bring you out from under the burdens of the Egyptians, I will rescue you from their bondage, and I will redeem you with an outstretched arm and with great judgments.” Exodus 6:6

Here is Israel’s essential story: The people were once slaves in Egypt. But God saw their need and rescued them from the power of their chains.

This is what we mean by redemption. No word in the ancient vocabulary better describes the Israelites’ sacred experience. On the far end of the Red Sea, the people would turn back once more to see the enemy sinking from view, and with Moses, they would break into song:

Our redemption is the result of God's mercy. It came at a price. - Jason Overman Click To Tweet

This song, like Crosby’s, reminds us that our redemption is the result of God’s mercy and that it came at a price to Him. Like a near-kinsman, our loving covenant Father acted on behalf of His family. His mercy gladly paid the price to purchase His own. In the Exodus, the death of the firstborn and of the Passover lambs hint most boldly at the cost of deliverance.

The memory of redemption.

Israel could not forget this event, for this redemption grounded her identity and life in God. She was often reminded, as was God himself, of the heritage that shaped both past and future (Deuteronomy 24:18; Psalm 74:2).

In times of crises, national or personal, Israel’s hopes hung on the trust that God who has once redeemed will do so again (Psalm 44:26; 26:11).

The Exodus provided the paradigm of redemption that continued to develop as Israel became increasingly aware that there were enemies greater than Egypt. So in her poets and prophets, attention turned to the unbreakable grip of her ultimate captors: sin and death. With one eye on the original Exodus, these visionaries predicted the ultimate redemption from the ultimate Redeemer — a new, climactic Exodus. “The Redeemer will come to Zion. . . ” (Isaiah 59:20), and sin and death will be vanquished (Psalm 130:7, 8; Hosea 13:14).

Israel understood the redemptive principle. She was hopeless against her enemy. Only God could provide the necessary ransom to secure her liberty:

None of them can by any means redeem his brother, nor give to God a ransom for him . . . But God will redeem my soul from the power of the grave, for He shall receive me.” Psalm 49:7, 15

Jeremiah summarized it eloquently: “For the Lord has redeemed Jacob, and ransomed him from the hand of one stronger than he” (Jeremiah 31:11).

The Gospel of Luke begins and ends with this expectation projected onto the life of Christ. In the birth narratives Zacharias proclaimed, “Blessed is the Lord God of Israel, for He has visited and redeemed His people,” and Anna declared Jesus “to all those who looked for redemption in Jerusalem” (1:68; 2:38).

Later, two disciples walked along the road to Emmaus, sharing their disappointment with a stranger and “hoping that it was He who was going to redeem Israel” (24:21) — which in fact, He did! They and others took that story to the world, teaching justification by grace through redemption in Christ (Romans 3:24).

In Christ God has acted to retrieve what was lost: the family He loves. - Jason Overman Click To Tweet

As humans, we know a little something about slavery. Jesus said, “Whoever commits sin is the slave of sin” (John 8:34). This inescapable plight leads us inevitably to death. But as Christians, we also know something about freedom: The truth sets us free (v. 32). In Christ we are no longer “slaves of sin” but are set free from it and death (Romans 6:6-23). God created us for freedom, for Himself; but in our pride, we fell and fall still. In Christ God has acted to retrieve what was lost: the family He loves.

The mercy of redemption.

What the New Testament keeps telling us is that while grace is free, it is not cheap. Our redemption came at great expense to God: His only Son. What we could not do for ourselves He did for us: Jesus was a “ransom for many. . . . [We were] purchased with His own blood. . . . In Him we have redemption through His blood, the forgiveness of sins” (Mark 10:45; Acts 20:28; Ephesians 1:7).

You were not redeemed with corruptible things, like silver or gold, from your aimless conduct received by tradition from your fathers, but with the precious blood of Christ, as of a lamb without blemish and without spot.” 1 Peter 1:18, 19

The mercy and the price that brought redemption in the Exodus, that was celebrated by the poets and promised afresh in the prophets, is now made known fully in Christ. Job saw from a distance what Peter handled in person: “I know that my Redeemer lives, and He shall stand at last on the earth” (Job 19:25).

The moment of redemption.

Like Israel on the bank of the Red Sea, Revelation describes the saints of the Apocalypse singing the songs of redemption: the song of Moses and of the Lamb (15:3). Gathered around the throne, they recall and break forth in singing:

You are worthy to take the scroll, and to open its seals; for You were slain, and have redeemed us to God by Your blood out of every tribe and tongue and people and nation, and have made us kings and priests to our God; and we shall reign on the earth.” Revelations 5:9, 10

The redemption revealed in Christ awaits its consummation at His coming. What He has accomplished in His body will one day reclaim all the earth. In this time between, the creation still groans to be released from the effects of sin and death, and we likewise anticipate the redemption of our bodies (Romans 8:22, 23). Like much else in the New Testament, redemption is both now and not yet. For it is by faith and in union with Christ that we hold the earnest, the down payment, of that full redemption that remains. It is with confidence that we now hold what will be realized on that day (Ephesians 1:7, 14). Jesus bids us to watch and pray as that day approaches, for when it appears, “Lift up your heads; for your redemption draweth nigh” (Luke 21:28, KJV).

This hopeful possession is expressed on a simple headstone in Bridgeport, Connecticut. There, at Fanny’s Crosby’s grave, is another of her cherished lines:

Blessed assurance, Jesus is mine!/O, what a foretaste of glory divine!”

Does the freedom and appreciation of your redemption inspire within you a deeper desire to live surrendered to Christ’s leading, enabled by Him to influence others for Him? If so, here are some resources for you: