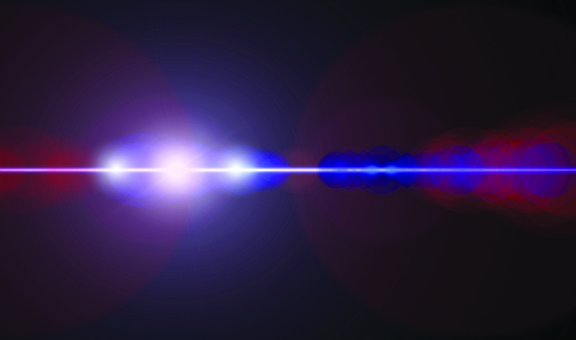 It has been said that history is His-story — God’s. The same can be said for His book, the Bible. In it is contained the plot that gives meaning and purpose to all things and all time. To know the story well, to find our place in it, is the goal of faith. And like any good story, it is written with the end in mind.

Here it is in a nutshell: “If anyone is in Christ, he is a new creation; old things have passed away; behold, all things have become new” (2 Corinthians 5:17). A new creation in Christ is the story, and where it is heading.

In this issue, we swing the spotlight to the end of the Book and His-story. When we think of new creation, we’re drawn to Revelation 21. John’s record echoes Paul: “Behold, I make all things new . . . ”(v. 5). But it adds something: “It is done!” (v. 6). God’s new creation began with the resurrection of Jesus, but its full realization awaits completion. In a world of evil and suffering, we groan for the finished new. Revelation 21 points to it.

Open your Bible and follow along as we shine the light on just a few of the vivid details of this hopeful chapter.

This apocalyptic passage (21:1 — 22:5) not only reminds us that the story continues to its promised consummation but also tells of the story itself, and its Author: “I am the Alpha and the Omega, the Beginning and the End” (v. 6). In a variety of ways, we find the full breadth of the biblical narrative, and God’s sovereignty over it, in this slice of Scripture dedicated to His renewal of all things.

One of those ways is by counting the new’s. John sees three: a new heaven, new earth, and new Jerusalem (vv. 1, 2). The first two take us back to Genesis 1: “In the beginning God created . . .” and the prophet’s promises (Isaiah 65-66). Jerusalem was the heart of His covenant people, Israel, where He will reign: “Blessed be the Lord out of Zion, who dwells in Jerusalem!” (Psalm 135:21). These three new’s sum up the Bible: of a Creator who intends to live among His creation (Leviticus 26:11).

In Revelation 21, the story is fulfilled: heaven, earth, and Jerusalem are transformed to their ultimate purpose. God reigns from His throne openly: “Behold, the tabernacle of God is with men, and He will dwell with them, and they shall be His people. God Himself will be with them and be their God” (v. 3). There’s no need for sun, moon, or temple here because God and the Lamb are light and temple (v. 23). God is there (Ezekiel 48:35)!

But there are no’s that go along with the new’s, and these explain why the old had to be made new. Count them: no sea; no death, sorrow, crying, or pain; no curse; no night (vv. 1, 4; 22:
3, 5). These define the first and former things that must pass away (21:1, 4). It’s a world we know well. Each shows how sin and death wrecked a good creation and separated God from His people.

For the ancients, sea and darkness represented the chaos that threatened destruction. The curse and the sorrow and death that follow from it are the plight of fallen humanity. These all take us back to Genesis 3. The curse is now reversed. These seven no’s admit that the old story was neither straight nor smooth; it was bent, broken. The new is needed.

The old tale of sin and death continues, overlapping with the new that has come in Christ. We feel the weight of the “old” still, and long for the fullness of our faith. We await God’s eternal no! to all that defiles and lies (Revelation 21: 27). From the throne, sin is judged and excluded; there is no place for old here. But the overcomer will inherit the new as a child of God (vv. 7, 8).

As we view the vivid details of New Jerusalem with John, we recognize that the great city was always more a people than a place. Indeed, “Come, I will show you the bride, the Lamb’s wife,” and she radiates the “glory of God” (vv. 9, 11). Twelves organize her striking stature. Her twelve foundations correspond to the apostles of the Lamb, her twelve gates to the tribes of Israel (vv. 12, 14). Like the Most Holy Place, she is a perfect cube, but on a grander scale — twelve to the cube of ten (or 12,000) furlongs in every direction. Her walls are measured similarly: twelve by twelve cubits (144).

The detailed numerology of New Jerusalem symbolically illustrates the beautiful unity and authority of God’s people and purposes across both Testaments. We recall all the stories of twelve tribes and disciples, their calling and exploits of faith, their fatigue and failure. It is all brought to fulfillment here, gathered and fitly framed for all it was meant to be.

The New Jerusalem descends from heaven. She is God’s creation. Compared to the first day of creation (“Let there be light”), here is a greater creation still. The light of the city lights the nations, reflecting the light of the Lamb and the Lord God (vv. 11, 23, 24; 22:5). This golden, gem-encrusted city-bride is more than illumination; she is a revelation. She glitters gloriously, her gates welcoming that there’s room for all who have been transformed by the new.

One Lamb and life

The new creation promised in Revelation teems with the life of a new Eden. We find the water of life for the thirsty, a tree of life for the healing of the nations (v. 6; 22:2; Genesis 2). The garden of God is complete with His living presence, but it is much more than coming full circle; it is the arrival of something brand new. This life has already begun because it is inseparable from the Lamb and the life He is. Let’s live into it.

The Lamb of God has been part of the story from the foundation of the world. He is the story and its ending. The new heaven and new earth, new Jerusalem, are the outworking of the life of the Lamb, and those who belong to Him are found in His Book of Life (v. 27). The old life is passing away. Let’s live into His new.

“It is done!” marks an end yet to be seen — an ending we anticipate, but that is in God’s hands. “I make all things new” is a message we live and share now. It’s also a caution. New creation, like the resurrection itself, is an apocalyptic act of God. It is not accomplished by human politics or progress. “I make” rebukes human pride. “I make” insists that what is new is not a novelty, and what must be finished only God can.

For those in Christ, “It is finished” has come, and still comes. And His-story is ours.

Becoming a Great Leader - an Overnight Success Next post 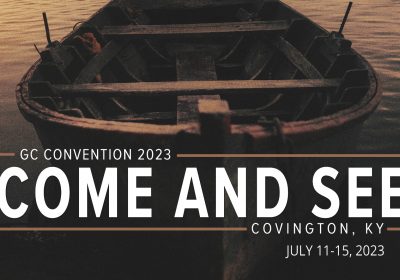 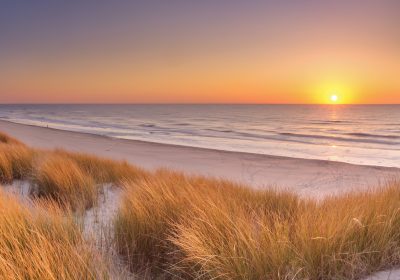