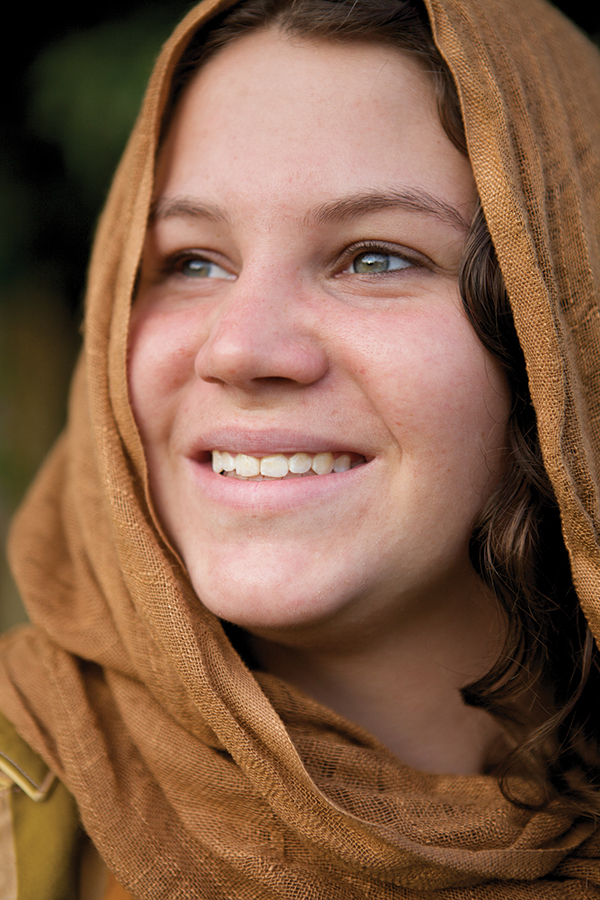 In the end of the sabbath, as it began to dawn toward the first day of the week, came Mary Magdalene and the other Mary to see the sepulchre (Matthew 28:1, KJV).

At the heart of our faith is a story. This story is called the gospel, or good news, because it alters the course of history. We are all familiar with the four Gospels — Matthew, Mark, Luke, and John — and the grand narrative they tell of Jesus of Nazareth. But it is the climax of His life, at the end of these four, that focuses us on the heart of the gospel.

Writing to the church in Corinth, Paul recalls this gospel story and summarizes it in three events:

The simple gospel message is this: Jesus died, Jesus was buried, and Jesus rose again.

Death we know; it is the way of all living. Burial too we are acquainted with; it is the common course of things. But resurrection! What is this? How can it be? Here is something no one saw coming — an unlikely twist in the story that made all the difference.

First Corinthians 15 is all about resurrection, and everything, it turns out, depends on its historic veracity. Paul speaks boldly: If Christ is not raised, he argues against those in Corinth who denied Jesus’ bodily resurrection, then our preaching is vain, our faith is futile, our witness is false, the dead are perished, and we are still in our sins (vv. 12-19).

But Paul is not about to concede any of this. Why? Because the truth of the resurrected Lord rested largely upon, and spread throughout the world by, its witnesses. Paul was only one of over five hundred of them.

If Paul was the last eyewitness to see the risen Christ (vv. 5-11), who then were the first?

And they said among themselves, “Who will roll away the stone from the door of the tomb for us?” (Mark 16:3).

All four Gospels conclude with the story of the death, burial, and resurrection of Jesus Christ. All four also agree and give attention to a small group of Jesus’ closest female disciples who came by night to visit the sepulcher of their fallen Rabbi and became the first witnesses of the empty tomb and risen Lord. Looking back, we realize how crucial and unlikely their witness was.

We also learn from the four Gospels that these women were present with Jesus at the cross, observed His death, and were at His burial with Joseph of Arimathea. Upon learning He was risen, they were tasked to go and tell the good news to His disciples, which made them our first gospel evangelists.

These special women were eyewitnesses to all three stages of the gospel story that Paul outlined to the Corinthians. It was their privileged calling, ironically, to be the foundational witnesses to the greatest story ever told. Ironic, because an event as impossible as resurrection depended on the reliability of its eyewitnesses, but at this time in human history, sadly, women were not considered reliable witnesses.

In a short section entitled “The Strange Presence of the Women in the Story” in his impressive book The Resurrection of the Son of God, N. T. Wright affirms that women in Jesus’ time were not considered acceptable legal witnesses.1

Consider Josephus’ commentary on the “law of witnesses” from Deuteronomy 19:15: “From women let no evidence be accepted, because of the levity and temerity of their sex.”2

Don’t you just love our God?

Luke’s Gospel presents the dilemma most starkly. In his introduction he tells Theophilus his purpose to write an ordered and certain account of what was received from eyewitnesses (1:1-4). But in his conclusion Luke reveals that it is Jesus’ female disciples who get the first and closest glimpse of His death, burial, and resurrection.

It is counter-intuitive. Luke, in order to tell the truth of things, must tell the story as it happened, even if it works against the cultural norms and his own apologetic aims. If his book is mere fiction, he would certainly not have had a group of Galilean women as the stars of the story.

If Luke is aware of the conundrum, he shows no sign of it. From the start of his Gospel he emphasizes the important role of women in the life of Jesus. From righteous Elizabeth to blessed Mary to Anna the prophetess: These three are featured prominently in just the first two chapters of his Gospel.

It is Luke who tells us that “many” woman followed Jesus early on (8:1-3). This very group of women, among whom are Mary Magdalene and Joanna, Luke identifies at the cross and sepulcher, having come with Jesus all the way from Galilee (23:49, 55).

If it is not incredible enough that all four Gospels elevate these women to the role of chief witnesses of the Resurrected, it is equally remarkable that this group of tenacious women had been following Jesus all over the countryside, going so far as Jerusalem with Him. Commenting on the social status of first century Jewish women, Christian historian Joachim Jeremias states that women took no part in public life and were encouraged to stay indoors in private seclusion.3

Certainly, and thankfully, our women of witness were not in seclusion during Jesus’ life and ministry; they were right there with Him. But the conventions of the day ran deep. Consider this curious event: When Mary and her friends ran to tell the news of the Lord’s resurrection, Luke notes that “their words seemed to them like idle tales, and they did not believe them” (24:11). So was their witness rejected because resurrection was too much to hope for, or was it because they were women?

Luke owns this story because he is convinced it is true. If it were not true and his intent was to deceive or impress, no doubt he would have pandered to the culture. But he is not interested in making the story more palatable to his readers, to give them a story they would like to hear rather than the one he is impelled to tell. The truth is critical, even if it is unbelievable.

Luke is not afraid of the consequences of this unlikely story, nor its first witnesses, because their calling at the climax of Jesus’ life and ministry bears witness to His person and teaching. The world may scoff, but with our God it makes perfect sense that the first to see and worship the Risen would be this lowly group of faithful women who had followed Jesus for so long.

Despite legal norms, Luke does not dodge the challenge. He embraces it, as do all the Gospel writers. Had not the Lord rebuked the Twelve just days before His rising for arguing among themselves over who would be counted the greatest? Did He not say, “He who is greatest among you, let him be as the younger, and he who governs as he who serves. . . . I am among you as the One who serves” (22:26, 27)?

This is the legacy of the women of witness. To the world they were weak and foolish, but to God they were chosen to shame the mighty and wise. The great become the least and the least become the great. These ladies were beloved of the Lord, and they followed Him even where others would not go: to His cross and His grave. They returned three days later to anoint Him and got the biggest surprise of their lives. And what they saw echoes and endures down to this day, as does our hope of resurrection life.

Against all human odds, the witness of this incredible band of women was told simply because it was true. And now, all these years later, the inclusion of their testimony, deemed unreliable by their world, makes the old, old story seem all the more believable to ours.BA

Author’s note: This article is dedicated to my dear sister in Christ, Kathy Lawson.