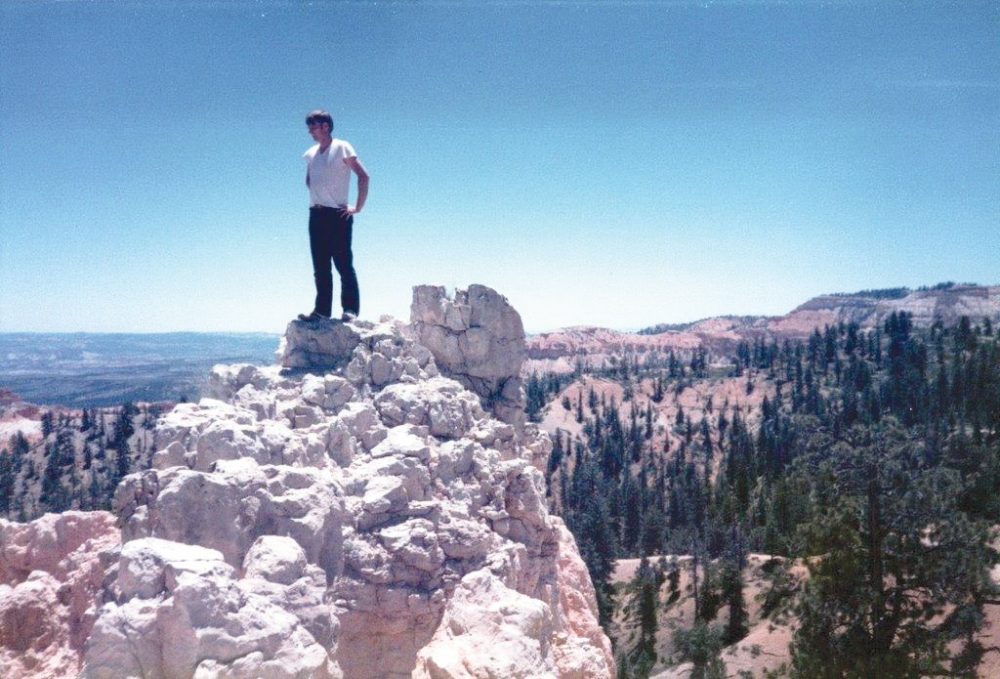 Reflections on the Life of Calvin Burrell

Few, it is observed, finish well. This underscores that finishing well isn’t automatic and that those who do are rare and are among the minority.

Such was Calvin Burrell, the General Conference’s preeminent statesman of the last half a century, who recently crossed the finish line just days after his seventy-ninth birthday.

It’s been said that the two most important decisions one will ever make are whether or not to accept Christ and how to serve Him. Calvin made his decision for Christ at an early age and spent the remainder of his life serving Jesus humbly and faithfully.

He held just about every job title within the General Conference during his 51 years of full-time service. Reflecting on this remarkable profile, one of his mentees wrote: “I never saw Calvin wear his titles with anything other than humility, grace, or what sometimes seemed like awkward embarrassment. He would deflect any honor or status they implied to the grace of God and the partnership he enjoyed with others.”

Even so, Calvin was teacher, preacher, and writer par excellence. He was unmatched in pinpoint precision in his use of words, embodying Francis Bacon’s appealing maxim: “Reading makes a full man, speaking a ready man, and writing an exact man.” That was Calvin: full, ready, and exact — in every way.

Born and raised on an Oklahoma farm, Calvin developed an unusual love for the outdoors and, as an adult, made a hobby of mountain climbing. He climbed all 54 of the Rocky Mountain’s 14,000 ft. peaks, as well as peaks elsewhere. “Never mind where a trail goes,” he wrote in his memoirs. “I want to go with it — to walk it. What other use does a trail have, anyway? A good trail doesn’t make anything except stronger bodies, clearer minds, and happier hearts.”

This is why Calvin’s passing is so difficult for many. This larger-than-life person who so loved the outdoors and took such good care of his health was supposed to live on into his nineties, perhaps make it to one hundred! Yet his passing is a reminder that no one is excluded from the brokenness of this world.

As a boy growing up in CoG7’s unique environment, Calvin, by his own account, often imagined himself standing in the church aisle with outstretched arms, pulling together opposing factions, reasoning that unity in Christ was not only possible but mandated, despite diverse views.

This fueled his passion for harmonizing grace and truth, to honor our church’s historic commitment to biblical truth, while celebrating the wonders of God’s grace given in Jesus Christ. This defined his writing and preaching and, in large measure, shaped his tenure as Conference President (1987-1997).

But a leader’s greatest success is measured, not by how well he did publicly but by how he led his home and family. By this standard, Calvin Burrell was a highly successful man.

Looking back forty years, I am deeply moved by the realization that when I moved into the Burrell home as a young college student, Calvin was himself only in his late 30’s. Even then, his level of maturity gave the appearance of an older, seasoned man.

Watching him nurture his wife and their girls, leading them in both spiritual matters and at play, helped frame my own vision for marriage and family. Thus, in the classroom he taught me preaching, systematic theology, New Testament epistles, spiritual leadership, and more. At home he unwittingly taught me about life and how to give myself to the things that count most — key to finishing well.

I should add that because Calvin was a local pastor, I also got to see him in the pulpit on Sabbaths. From all vantage points — home, classroom, and church — I saw the same man, practicing what he preached, fully integrated.

If Calvin were reading this, he’d be at the height of discomfort at this point. He would remind us that he wasn’t perfect and that it was his keen awareness of his own imperfections and need for grace that inclined his heart toward grace.

Yet this is what endeared us to him. Calvin thought so little of the things we so admired about him, crediting anything praiseworthy to the grace of God. How fitting, then, that the picture featured at his celebration of life service shows him standing at the top of a mountain with this caption: “I have fought the good fight, I have finished the race, I have kept the faith” (2 Timothy 4:7).

More than bragging about his successes, this farewell statement from Paul, penned while in prison awaiting execution, was a way of exhorting young Timothy on how he should finish: The good fight he must fight, the race he must finish, the faith he must keep.

Calvin Burrell did and, reflecting on his journey, could say, “CoG7 has been a good family of faith for me and mine. As a church employee for 51 years, I have no complaints and few regrets.” Given the difficulties and disappointments common to church life and ministry, that’s impressive coming from a fifty-one-year veteran!

Yet it speaks to who Calvin was, deep down on the inside. Even on his deathbed, his wife, Barb, reports, he lamented the care and attention he was getting, not wanting it to be all about him. He preferred to put the spotlight on others, and he sought to see the best in everyone. His love for people knew no boundaries. One of Calvin’s hallmarks was his capacity to immerse himself into other races and cultures with ease and genuine interest. He was fully present, listening, learning, and loving.

And because good finishers know when to quit, in 2015 Calvin officially retired and moved to Oregon to be closer to children and grandchildren. In 2020 he penned his memoirs titled Things That Count Most: The people, places and times of my life . . . as recalled by one grateful guy. Then on the evening of June 29, 2022, surrounded by his precious Barbara and the rest of the family singing “The Steadfast Love of the Lord Never Ceases,” he fell asleep in Jesus.

What a way to die. What a way to live. What a way to finish. Thank you for showing us how, Calvin. Knowing you has been our privilege. Your footprints mark the trail, pointing us onward. We’ll see you again — just up ahead!

It’s hard to talk about Calvin Burrell in the past tense. He was so full of life, energy, and positivity. How can a voice like his be silenced?

I had the honor of working with Calvin for the 18 years he served as the BA editor. But he was more than an editor. At times I went to him for counsel over whatever was troubling me. His door was always open, and he took time to listen. He knew how to share just the right words I needed to hear. Sometimes he challenged my thinking on an issue, and other times he validated my convictions.

When our staff was informed that Calvin entered hospice care a few months ago, I really struggled. I couldn’t picture this man who had walked the roads around the GC offices, hiked trails, and climbed peaks losing a battle with cancer. But he did.

However, Calvin characteristically left behind a message of hope, so fitting for this issue. When he was in hospice care, I was editing the fourth quarter lessons in This We Believe Part 2, which Calvin wrote in 2009. As I read through his words in light of his waning days, his writing from over a decade ago in Lesson 8 jumped out at me:

Blessed are those who die in the Lord. We sorrow in losing them, but not without hope. May the Spirit of Him who raised up Jesus our Lord from the dead give life to our mortal bodies now. And may the glorious appearing of our great God and Savior Jesus Christ bring us immortal bodies forever. This is our blessed hope!

Because God has spoken about what lies at the end of the road called faith, we may have confidence of a new body without pain and a new life without end. May the blessed hope of every believer in Christ be based squarely on the blessed promises of our Lord.

Thanks again, Calvin, for sharing just the right words I need to hear.

Where does one begin — to memorialize one who means so much to so many? Calvin Burrell was not only a brother in Christ, but also like a sibling-brother. So much has already been so eloquently said that I have nothing new to add.

I can think of no one who so consistently made self-less choices, who avoided gossip (or even negative comment), who consistently chose the peaceful route — always the peaceful route. Calvin was a natural teacher, so easily adjusting to the level of his audience. He possessed the wisdom of a learned professor but the air of a commoner. In all the years I interacted with Calvin as a friend, as a student, as a parishioner, and as his administrative assistant, never once did I hear him direct attention or credit to himself. For anything he accomplished or conquered, he gave the credit to God.

There are no words to describe how much Calvin Burrell will continue to be missed. He left a hole in the hearts of so many. He is sorely missed . . . every day.