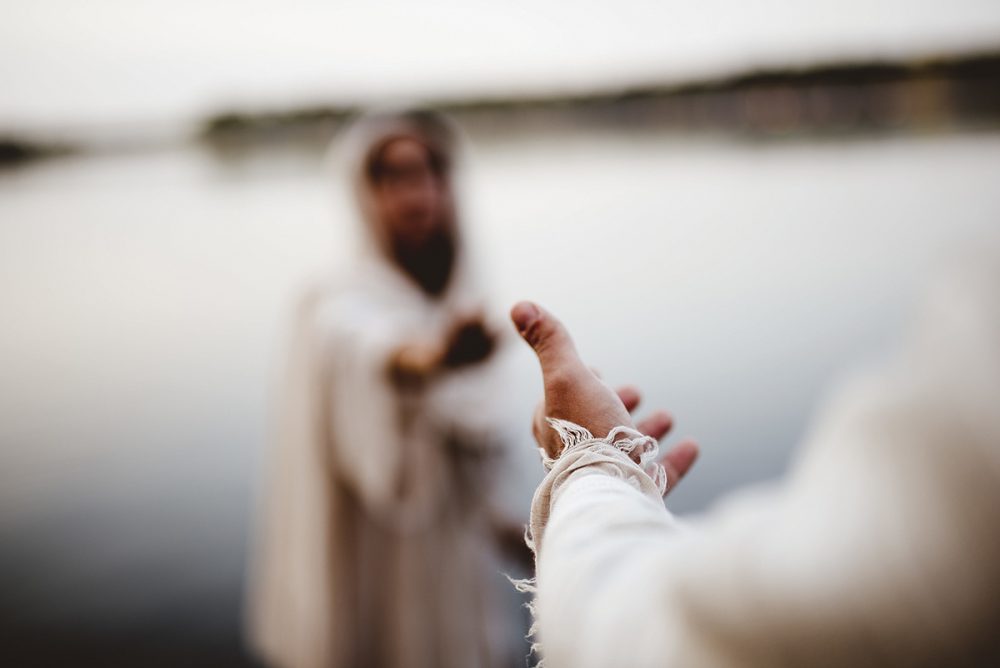 “Come to Me, all you who labor and are heavy laden, and I will give you rest. Take My yoke upon you and learn from Me, for I am gentle and lowly in heart, and you will find rest for your souls”
(Matthew 11:28, 29).

If there is a word that captures the character of the kingdom best, it might be rest.

By the time we get to Jesus’ invitation in Matthew 11, He had already established His ministry around the good news of the kingdom. More than just teaching it, He demonstrated it by calling people to repentance and discipleship, causing the blind to see and the deaf to hear; by healing the sick, banishing demons, feeding the hungry, and raising the dead; by calming storms and forgiving sins. In the King (Messiah) the kingdom is manifest, wrongs are set right, the weary are refreshed. God’s good intention for creation is restored. What better word than rest to summarize all this.

But this kingdom rest didn’t come out of nowhere; it capped Israel’s long story of promise and hope. It was a rest and restoration of both experience and expectation throughout the Law and the Prophets. We grasp the full significance of Christ’s rest as we appreciate Israel’s story and its climax in His coming(s). Let’s look.

From the beginning, rest is deeply integrated into the very fabric of time and space. We see this in a couple of important ways in Genesis 2 as God concluded His work of creation:

We are most familiar with rest as it relates to the weekly rhythm of Sabbath. Unlike other fixed times (day, month, year), the seven-day work-rest cycle is explained, not by the motion of heavenly bodies but by God’s creative pattern alone. God’s fourth commandment springs from His divine blessing and sanctifying of this seventh day, and it continues to order our lives in His rest today (v. 3;
Exodus 20:8-11).

But there’s another dimension to the seventh day. As the crowning and completing day of God’s creative work, it signifies a general or cosmic rest that marks the telos of creation. Rest, in God and with God, is the divine goal and intention of creation. But this special day and all it signified was shattered by sin (Genesis 3). With man separated from God, the weariness of restlessness filled the void.

The weekly and cosmic significances of divine rest are not mutually exclusive, but mutually reinforcing. They each participate in and point to each other and our full creation rest, spiritual and material. But after the Fall and the fallout, the focus of the Old Testament story is God’s restoration of His lost rest.

The law has a robust view of rest that comprehends all creation: for people, land, and even animals. The rhythm of Sabbath supports this vision, but the Torah also held out a specific promise of a kingdom rest for Israel that would encompass her whole life in God after she entered the Promised Land. Moses instructed:

Moses looked in two directions. First, to the present “today” and Israel’s wilderness rebellion. That “today” was not marked by rest. That generation failed to enter into God’s rest because, like Adam and Eve, the people abandoned Him to do what was right in their own eyes. But Moses looked forward too; God set another day before them. He was giving them the land, and with it, His rest.

God was restoring what was lost in Eden. Through Israel and this slice of land, He planted a kingdom that would fill the earth. The theme of Israel’s kingdom rest would recur throughout the Old Testament, beginning with the first Yeshua (Joshua).

The narrator of the books of history will return to this promised rest often. From Joshua to Jehoshaphat, we see that this kingdom rest was experienced in part:

“Blessed be the Lord, who has given rest to His people Israel, according to all that He promised. There has not failed one word of all His good promise, which He promised through His servant Moses” (1 Kings 8:56).

Then the realm of Jehoshaphat was quiet, for his God gave him rest all around (2 Chronicles 20:30).

Maybe the book of Judges speaks of the promise and warning of Moses best. When Israel was faithful, there was rest (3:11, 30; 5:31). But when Israel rebelled, the people forfeited rest for themselves and the land, and they exchanged peace for oppression.

Rest in the Prophets

Under the weight of captivity, Isaiah saw a time when “the oppressor has ceased,” when “The Lord has broken the staff of the wicked . . . [and] The whole earth is at rest and quiet” (14:5, 7). But he also addressed a people who refused rest when it was offered (28:12).

It was the same for Jeremiah. He celebrated Israel’s God who had delivered, and would again:

Thus says the Lord: “The people who survived the sword found grace in the wilderness — Israel, when I went to give him rest.” The Lord has appeared of old to me, saying: “Yes, I have loved you with an everlasting love” (31:2, 3).

But Jeremiah encountered the same rebellion Isaiah did:

Thus says the Lord: “Stand in the ways and see, and ask for the old paths, where the good way is, and walk in it; then you will find rest for your souls. But they said, ‘We will not walk in it’” (6:16).

Israel’s later songs address this same reality. While they encouraged Israel to “Rest in the Lord, and wait patiently for Him” (Psalm 37:7), they also warned of missing out on God’s rest:

Today, if you will hear His voice: “Do not harden your hearts, as in the rebellion, as in the day of trial in the wilderness, when your fathers tested Me; they tried Me, though they saw My work. For forty years I was grieved with that generation, and said, ‘It is a people who go astray in their hearts, and they do not know My ways.’ So I swore in My wrath, ‘They shall not enter My rest’” (95:7-11).

Like Moses, the psalmist speaks of “today,” that “seventh day” in its cosmic sense, when God’s rest is offered to His people. Will they accept and enter into it with gladness, or refuse in rebellion as the wilderness generation did? That question is for us today too.

We glimpse from these Old Testament passages the concrete character of God’s rest that will be made flesh in Christ. Far from a disembodied, otherworldly escape, His kingdom rest is creational and incarnate, as Jesus’ ministry and miracles attest — inseparable from people and place, restoring God’s purposes for His creation both spiritually and physically. This rest is the silence of every enemy, but more than the absence of war; it is all things set right. Shalom (peace) is the Hebrew word closest to this rest that Scripture speaks of and that Jesus realized.

This is just a brief recital of Israel’s story of God’s promised rest. Israel hoped for it. She tasted this shalom in part at times, but never in full. In the end, in captivity, she would look forward to the day when God would bring rest again. That cosmic day, with the defeat of every enemy and the completion of every promise, arrived when King Jesus revealed what kingdom rest looked like in full.

While Jesus revealed kingdom rest in His first coming, what is complete in Him is to fill the whole earth at His second coming. In between, we enter His rest by faith, demonstrating it in concrete and cosmic ways, like Sabbath and salvation, even as we anticipate kingdom fullness still to come. But the warning of Moses and Psalm 95 remains for us today. Quoting that psalm, and recalling Israel’s unbelief in the wilderness, Hebrews 3 admonishes us:

Beware, brethren, lest there be in any of you an evil heart of unbelief in departing from the living God; but exhort one another daily, while it is called “Today,” lest any of you be hardened through the deceitfulness of sin. For we have become partakers of Christ if we hold the beginning of our confidence steadfast to the end, while it is said: “Today, if you will hear His voice, do not harden your hearts as in the rebellion”
(vv. 12-15).

But with the warning is also the promise of rest. The first Yeshua could not deliver all that the second Yeshua did! So “there remains, then, a Sabbath-rest for the people of God” (4:9, NIV). Recalling the climactic conclusion of creation, and the goal of rest that creation groans for, Hebrews quotes Genesis 2 also, when “God rested on the seventh day from all His works” (Hebrews 4:4).

Our world is so weary. Maybe we are too. But Jesus bids us, “Come and rest!” Are we listening? Will we let go and let Him? Today is the day of salvation, and the goal of creation is seen in Christ. So “‘Today, if you will hear His voice, do not harden your hearts.’ . . . For he who has entered His rest has himself also ceased from his works as God did from His” (vv. 7, 10).

As we live for the King, may we not fall short of His kingdom rest.

A Coach for Everyone! Tapping a resource you can’t afford to lead without Previous post