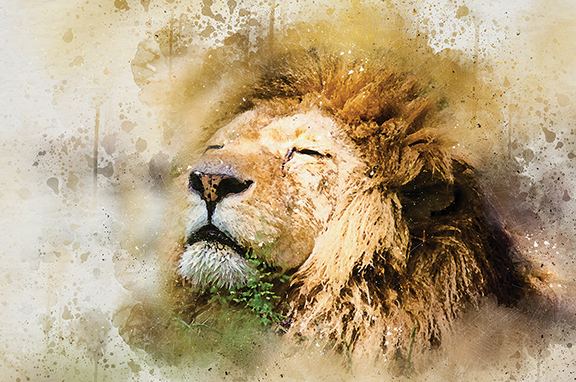 Joe didn’t look like a leader. The eleventh of twelve sons, he was loved by his father but despised by his ten older half-brothers. We meet him at seventeen years of age, tattling on them. Then the dreams started — dreams of ruling over his siblings and his parents. Even his loving father wasn’t happy about this. His brothers seethed with jealousy.

The jealousy and hatred grew, and eventually some of his brothers conspired to kill Joe. He was spared, but he jumped out of the frying pan and into the fire. Sold into slavery in a foreign country, he seemed doomed to a life of degradation and hard labor. Joe’s dreams of leading appeared dead.

But then things took an unexpected turn. It turns out Joe was an excellent servant — hard working, resourceful, honest, responsible. It wasn’t long before his master made him ruler of the house. And the house prospered as a result. Joe was leading well.

Then came an opportunity. His master’s wife tried to have an affair with Joe. It was the first great test of Joe’s leadership, and he faced temptation exactly how leaders are supposed to: He ran away! But sometimes a lie is easier to believe than the truth, and Joe’s master sent him off to prison. Once more, Joe didn’t look like a leader.

But leadership is influence, and Joe influenced those around him wherever he went. Leaders lead no matter where they are. Soon the warden made Joe responsible for all the prisoners, and the prison prospered as a result. Once again, Joe was leading well.

Then came another opportunity. Two former servants of the king who were imprisoned had dreams. With special insight, Joe interpreted them. One servant would be restored to his place; the other servant would be hanged. The dream and the nightmare both came true. But the servant whose dream came true forgot about Joe, leaving him in prison while he enjoyed the palace life.

Two years later, the king began to dream. No one could tell him the dreams’ meaning, but then his servant remembered Joe. They brought him from prison, and he interpreted the dreams. The kingdom would enjoy seven years of abundance, followed by seven years of famine. The king knew leadership was necessary for the future, so he placed Joe over his entire kingdom. From prison to second-in-command of the world’s greatest empire, Joe’s long journey of leadership had apparently reached its apex. Joe led well.

Then came one final opportunity. The famine affected surrounding peoples, including Joe’s family. His brothers came looking for food, and though Joe recognized them, they didn’t recognize him. For a time he tested them, probing their hearts and motivations, desperately seeking a way to see his father and full brother again.

At last Joe revealed himself to his brothers, and in time brought his whole family to live under the protection of his kingdom. Then Joe’s father died. While he grieved, his half-brothers trembled in fear. The brother they had sold into slavery had become the second most powerful man in the world. The fear of reciprocity overwhelmed them. But that’s when Joe’s leadership reached its true zenith. As his brothers begged for mercy, Joe spoke the words that would define his life:

“Do not be afraid, for am I in God’s place? As for you, you meant evil against me, but God meant it for good in order to bring about this present result, to preserve many people alive” (Genesis 50:19, 20, NASB).

We learn so much about life and leadership from the story of Joseph in Genesis.

We learn that God is sovereign, working in the midst of our lives to transform and empower us by His grace, despite our weakness or the malicious intent of others. We observe the power of integrity and God’s favor on those who suffer for doing what’s right. We discover the faithfulness of God, never leaving or forsaking us, especially in our darkest days. We see the power of simply trusting in God through it all, despite trial, tribulation, mistreatment, false accusation, and unjust turns of fate. We are challenged by Joseph’s refusal to stand in the place of God and take vengeance on scheming brothers, a lying temptress, or a forgetful fellow prisoner.

Ultimately, we discover God’s desire to show mercy and restore broken relationships, despite how wickedly others may behave or how wide and deep the divide may be. Finally, we realize the true purpose of leadership is not to lord it over people or grasp for justice, but to give life and provision to those in need.

The story of Joseph is not really about him. Rather, it is about the God who called Joseph and gave him a vision of leadership. Initially, Joseph saw only the power, position, and prestige. He was called, but he was not yet equipped. With his friends, family, and freedom stolen from him, Joseph learned to simply have faith in God.

And God proved faithful. As God showed Joseph favor and restored him after every defeat, Joseph learned discipline and perseverance that would be necessary to save the world from famine. Through myriad challenges, God taught Joseph what true leadership consists of: humility, dependence, faith, patience, and mercy.

Leadership in God’s kingdom hasn’t changed. God is still calling women and men who will risk estrangement from family and friends, face hardship, suffer disappointment, and emerge triumphant by His grace made perfect in weakness. He’s looking for those who will deny themselves the fleeting pleasures of this world and the forceful power of demanding justice. He’s calling us to place our faith in Him and join Him in His mission to rescue a dying world.

Are you ready to answer the call? Continue your leadership journey at www.artioscollege.org.

Israel Steinmetz is co-director and dean of Academic Affairs at Artios Christian College. He lives in San Antonio, TX, with his wife, Anna, and their seven young children.