We Would See Jesus!

The recent resurrection of Lazarus had caused quite a stir in Jerusalem among the throngs gathered for Passover. A number of Greeks, probably Jewish proselytes, had also come to Jerusalem to worship and heard of the miracle. They approached Philip: “Sir, we would see Jesus” (John 12:21, KJV).

Jesus’ followers didn’t know it then, but the desire of these Greeks could have been the Holy Spirit drawing them to the Savior. Such was planned and prophesied long ago. But it wasn’t until after His death and resurrection that the gospel truly extended into all the world.

The request of the Greeks may have originated from simple curiosity: Why did the Jews exhibit such animosity against Jesus? Philip, along with Andrew, relayed their request to Jesus, but, seemingly, it remained unanswered. Instead, preoccupied with the nearness of His “hour,” Jesus shared with His disciples that His time had come to be glorified:

Jesus had every right to be troubled. The Pharisees were redoubling their efforts to get rid of Him — and Lazarus, lest the Romans take away their place and nation. In response to their fears, Caiaphas responded that it was better for one man to die, rather than the entire nation. This means that Jesus’ death was not only for the Jews but for everyone (11:49-52).

Things progressed quickly and dramatically after the news of Jesus’ arrest spread. The Pharisees’ efforts to convict Jesus sprang from fear and jealousy. Pilate let the Jews decide whom he should release at Passover: Jesus or Barabbas. The Pharisees called for Barabbas, a man guilty of murder and sedition, to be free. “But what do I do with Jesus?” Pilate asked (Matthew 27:15-22).

“Crucify Him! Crucify Him!” The cry arose from the chief priests and officers. Reluctant to do so, Pilate was warned by the people that releasing Jesus meant he was no friend of Caesar’s. The people parroted the call for crucifixion and shouted, “We have no king but Caesar!” they shouted (John 19:12, 15).

The Lamb of God died on Passover’s Preparation Day. Three days later, He rose even as He said. However, paid by the Pharisees, guards of the tomb reported that Jesus’ disciples had stolen His body.

The Greeks who first approached Philip may have felt a strange sense of loss as they made their way home. We can imagine what went through their minds: Who is this Jesus, and why is His life and message wasted in the wake of His death? He had preached a kingdom, but now all is lost.

A few short weeks later, these same Greeks would gather in Jerusalem for Pentecost. Mingling with Jews from all over the world, they heard excitement — nay, amazement — as each person heard and understood in their own language the resurrection of Jesus, preached by Peter and other disciples. Grief turned to conviction and conversion, and Jews were baptized by the thousands. Could this salvation be for us as well? the Greeks might have thought. Perhaps they returned home discouraged as the Jews insisted they needed to be circumcised, the one rite they had failed to comply with.

In the months that followed, the Greeks discovered that salvation is for all humanity, not just for the Jews. They may have heard Paul’s message that it was the faith unto righteousness, like that of the “father of many nations” that saved and that, under the terms of the new covenant, neither circumcision nor uncircumcision availed anything. Again, they might have puzzled, What exactly is needed to remove the guilt and punishment for man’s sin, to wash away the stain?

In the Bible sin is viewed in several ways: as an offense against God, which requires a pardon; as defilement, which requires cleansing; as slavery, which cries out for emancipation; as a debt, which must be canceled; as defeat, which must be reversed by victory; and as estrangement, which must be set right by reconciliation. However sin is viewed, it is through the work of Christ that the remedy is provided. He has procured the pardon, the cleansing, the emancipation, the cancellation, the victory, and the reconciliation.

Isaiah revealed the scope of this good news when he wrote that Jesus would be “a light to the Gentiles, that you should be My salvation to the ends of the earth” (49:6)

It may have been curiosity that first led the Greeks to seek Jesus. Though they received no direct response from Him at the time, they ended up witnessing the mighty power of God at work and understood clearly salvation was extended to them.

Everyone needs to see Jesus, regardless of race, nationality, or background. It’s up to us to share Him with them! 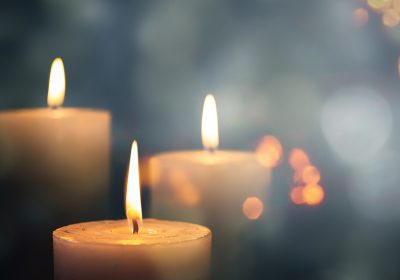