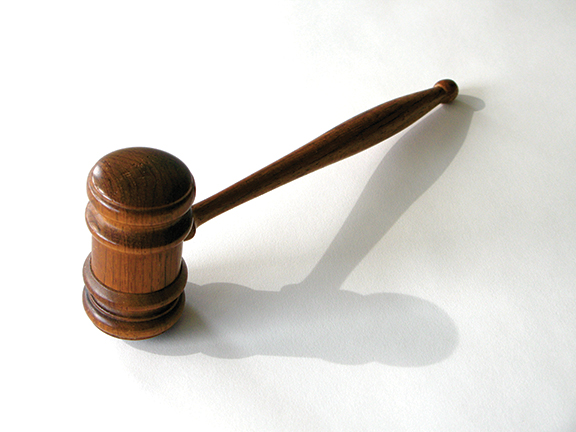 A shudder ran through the church the day the Supreme Court ruled in favor of same-sex marriage. Even for those of us who weren’t surprised by the decision, it came with a sense of foreboding — as if we had reached an end. If there was any doubt before, we are now most certainly living in what many call post-Christian America, and that reality presents us with new and serious challenges.

How did we get here, and how should the church respond?

It was a long time coming. Indeed, it goes back centuries to the very philosophical underpinning of liberal democracy: individual autonomy, individual choice, individual tolerance as the respective vision, value, and virtue that define the public order. Free of metaphysical constraint, this ideology reaches its logical conclusion in reasoning like that of a recent Supreme Court ruling on abortion:

. . . at the heart of liberty is the right to define one’s own concept of existence, of meaning, of the universe, and of the mystery of human life.1

Boundless self-definition is where individualism is taking us, both in culture and in courts. And the church, by definition, has no standing on this playing field. As a traditional religious community, it, with God, is out of bounds in political discourse. As Protestant writer and teacher Peter J. Leithart rightly noted at First Things, in response to the same-sex ruling:

Orthodox Christianity has lost all cultural potency in the United States. No one defending traditional marriage before the court dared raise the fundamental question: Who creates marriage, God or the state? Theology has no public standing, no persuasive force in the culture at large.2

After decades of vast culture war defeats, we must concede that the church cannot, and should not, hope to triumph in the public arena when the deck is stacked. Playing by the rules of this world is futile. The church, rather, must be the church, playing by its God-given rules — not for a civil religion but for the kingdom, even if that means transgressing culture’s one cardinal virtue: tolerance.

This has enormous consequences for intentional Christians called to exercise their faith publicly. If tolerance is this culture’s sole virtue, then intolerance is its sole vice. As Leslie Armour, professor emeritus of philosophy at the University of Ottawa, neatly puts it: “Our idea is that to be a virtuous citizen is to be one who tolerates everything except intolerance.”5

It is a small step from an accusation of intolerance, or bigotry, to indictments of discrimination and hate speech with all the legal, professional, and financial sanctions that could follow. We must not underestimate the profound pressure many Christians will feel to either fall silent or assimilate to dominant cultural norms. Many Christians, and Christian organizations, are already succumbing.

As hostility mounts, our local churches must become communities of care and character — a counter culture — in order to recover biblical foundations for authentic Christian formation and courageous gospel proclamation, while understanding the genuine consequences that are likely to follow.

The church must get its priorities set. We seek not to guide a nation but to make disciples, as Jesus commanded us. It is His kingdom we seek, not the kingdoms of this world. Disciples are made, not by coercion but when the gospel creates opportunity for us to speak the truth in love.

When the gospel is proclaimed, it will often offend dominant cultural norms, since a faithful church will challenge idols like autonomous individualism, self-definition, and mandated tolerance of all choices as equally valid. We cannot help but offend many in our effort to convict a few.

Ironically, the controlling political ideology cannot help but be intolerant of a practiced faith like ours, because our life message — that Jesus is Lord, not the individual — transgresses the most basic tenet of political faith: the requirement that we tolerate, accept, affirm, and even celebrate people’s fundamental right to define themselves, and reality, any way they please.

As legal pressure, cultural ridicule, and public ostracism intensify, be aware that this is not new. The pagan world into which Jesus was born, and to which Paul preached, was no more eager to submit its will to the gospel — and certainly no less reserved in its attacks — than our secular world is.

Of the New Testament writers, Luke may best capture this dynamic. His Gospel-history, Luke-Acts, reveals important theological bookends that bind his whole project and speak plainly to us now.

Acts concludes with the apostle Paul’s arrival in Rome and house arrest. The Jewish leaders in the imperial city meet with him, and while not familiar with Paul’s circumstances, they do admit to having heard about a new “sect” that is everywhere “spoken against” (28:22).

Now rewind to the beginning of Luke’s story. Jesus, an infant of only eight days, is brought to the temple to be circumcised when righteous Simeon takes the Babe into his arms and prophesies, “Behold, this Child is destined for the fall and rising of many in Israel, and for a sign which will be spoken against . . .” (2:34).

Spoken against! What a strange beginning and end to the story Luke tells. Why should the coming and preaching of Jesus Christ be “spoken against”? The gospel is “good news,” after all.

The answer is close at hand. The good news of Jesus Christ is inseparable from the message of the kingdom. Acts ends with Paul still teaching Jesus and the kingdom of God (28:31). Luke begins with Mary learning that her Son will reign and “of His kingdom there will be no end” (1:33).

A rival kingdom to the kingdoms of this world and the petty kingdoms of private making is here. . . . And they don’t like it. Rebellion against God’s rule has defined human existence. It continues.

The gospel declares that Jesus is Savior and Lord (Luke 2:11) and that we are slaves and sinners. It proclaims the kingdom of God and denies the dominion of self. It calls us to repent and submit. He defines, not we. So the good news is only “good” to those who see their condition as “bad.”

The world denies its darkness and opposes those who would expose its need. The word sin is no longer a category our culture tolerates. Naming us sinners, and certain acts sinful, will now carry certain risks that we are not accustomed to, but not unlike those that Jesus and Paul faced in the first century for the sake of the gospel.

Twenty centuries later, things are oddly similar. Except, perhaps, our own courage and resolve.

Too often Christians water down the gospel to accommodate the culture. We offer grace without discipleship, a Savior but not a Lord, Jesus less judgment. We make it pleasant, and relevant, to the world, but such a course misses the narrow road to God’s kingdom. We want to be liked. It is not easy to be spoken against in a world that makes its own rules and rules its own making.

Peter understood the pressure to conform. He denied his Lord when loving Him might mean dying with Him (Luke 22:57). But later, Peter would boldly teach, “Be saved from this perverse generation” (Acts 2:40), though that kind of public preaching would land him in jail more than once.

In light of this perversity and hostility, we should carefully heed the generous words of Peter: “having your conduct honorable among the Gentiles, that when they speak against you as evildoers, they may, by your good works which they observe, glorify God in the day of visitation” (1 Peter 2:12).

We are for a world that opposes itself and so cannot help but oppose us when we address it as it is. But some will see, and glorify God, if we are not afraid to be “spoken against” by many more.

A faithful church will risk that. It will humbly transgress for the gospel’s sake, though it incurs the wrath of those that blindly assert, “Don’t judge; only tolerate.” A faithful church will be patient and gracious and real, but it dare not simply be tolerant, reduced to silent conformity, when the Lord calls it, us, to cry as He did, “Repent, for the kingdom of heaven is at hand!”BA