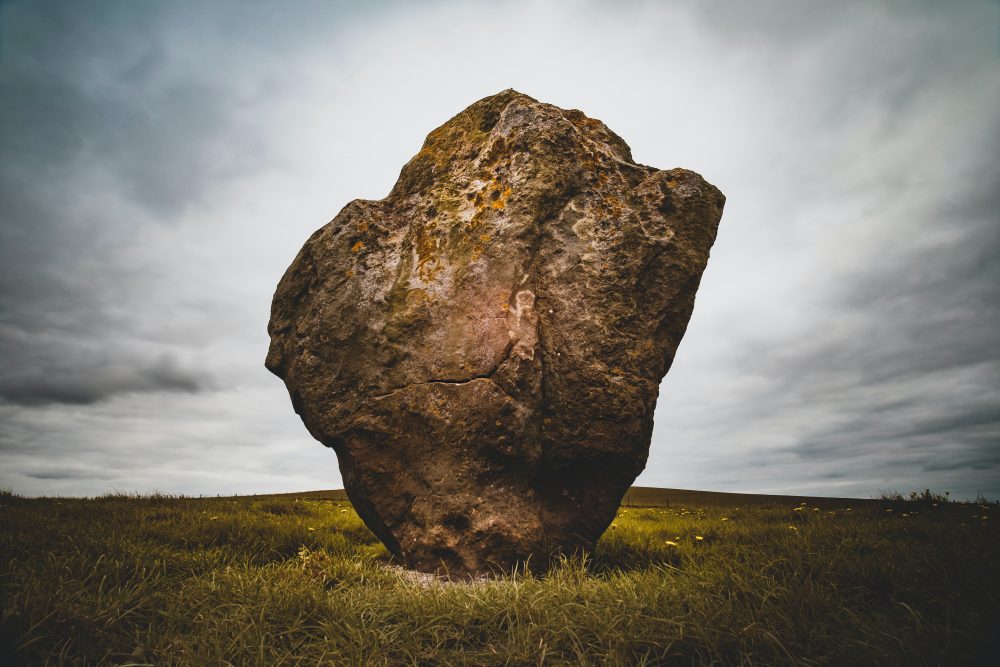 Like a Rock: A Classic Example in Character Formation

Jesus had twelve disciples, but among them, was an inner circle of three made up of Peter, James, and John.

They’re rightly regarded as such because of their unique role in Jesus’ ministry. They walked closest to Him, were given front row seats on important occasions, and exuded a unique passion for advancing the agenda of the kingdom, so much so that they were nicknamed “Sons of Thunder” (Mark 3:16).

But among them, Peter stood out even more. The first disciple Jesus called, along with his brother Andrew, first seen casting their net by the Sea of Galilee (Matthew 4:18), Peter quickly earned a unique place among the disciples.

Mark’s side comment—“Simon, to whom He gave the name Peter” (3:16)—introduces us to Jesus’ focused attention on this disciple and the heart-shaping process which resulted.

His given name was Simon, but Jesus chose to call him Peter as a sort of nickname. “Peter,” from “Petros” in the Greek, means “rock or stone,” a name choice which reflects Jesus’ vision for what this disciple would later become.

At that point he was brash, hot tempered, and suffering from a seemingly incurable case of “foot in mouth” disease. To use the familiar summation of Peter’s troubles, he was too quick to speak, too tired to pray, and too stubborn to learn.

For example, greatly impressed by the Lord’s glory on the Mount of Transfiguration, Peter blurted out the suggestion that they stay there permanently (Mark 9:5), prompting Mark’s editorial comment that he said this because he didn’t know what to say (verse 6).

Then when Jesus warned the group of His pending crucifixion, Peter took Him aside and rebuked Him, insisting that this wasn’t part of the plan and that if needs be, he would die in Jesus’ place (Matthew 16:21-23). What words of valor from one who would soon deny even knowing Jesus.

And how about that unforgettable scene (in John 18:10) in which the impetus, Peter drew his sword and cut off the ear of the high priest’s servant!

One wonders why Peter had a sword in the first place, and if his real aim was the middle of the guy’s head. What’s clear is Jesus’ frustration with Peter as he told him to put his sword away (verse 11). Miraculously restoring the servant’s ear (Luke 22:50-51) means that the last thing Jesus did before going to the cross was to clean up the mess Peter made!

...the last thing Jesus did before going to the cross was to clean up the mess Peter made! - Whaid Rose Click To Tweet

This speaks to the nature of discipleship and character-formation. It is messy work, and no New Testament character experienced it at the hands of Jesus to the degree to which Peter did.

And it wasn’t long until his vow to defend Jesus to the point of death came apart under the weight of the events leading up to the crucifixion. On three separate occasions, when push came to shove, Peter denied the Lord (Mark 14:70, Luke 8:45, John 18:25), which led to a deep sense of failure and bitter tears: “And Peter remembered the word of Jesus who had said to him, ‘Before the rooster crows, you will deny me three times.’ So he went out and wept bitterly” (Matthew 26:75).

How heartwarming then that when Jesus emerged from the judgement hall He immediately scanned the crowd in search of Peter (Luke 22:61). He spotted him, and one can only imagine what Jesus’ gaze must have meant to this broken-hearted disciple. It was a look of love and compassion, affirming that his failure was by no means final.

We see this focus on Peter again when the resurrected Christ appeared to Mary as she stood weeping among the tombs (Mark 16:6-7). By singling out Peter in His commission to Mary—“Go tell my disciples, and Peter”—Jesus once again reaffirmed His affection for Peter.

What Were the Disciples to Do?

But the scene that tops them all is recorded in John 21. Apparently, after the dust settled, Peter announced to the group that he was going fishing. The security and provision which came with following Jesus was now gone, so Peter figured he might as well return to his old trade (see John 21:1-3). It made sense to the others, so off they went. 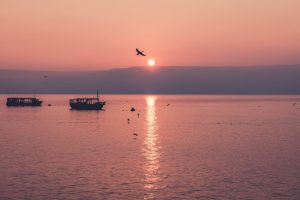 But Jesus hadn’t forgotten them, so the following morning as they dragged their empty nets back to shore, He showed up, caused a miraculous catch of fish, and then served them breakfast (verse 4-14).

Then, beginning in verse 15, Jesus zoomed in on Peter with the penetrating question: “Do you love me more than these?” Whether “these” refer to the other disciples or the large catch of fish, the application is the same. Discipleship involves being confronted with the fact of our ego and our contradictions.

Peter Didn’t “Get” What Jesus Was Asking

Peter’s casual response suggests that he doesn’t get it, so Jesus repeats the question two more times with emphasis (see verses 16-17). And it is here that the dam really breaks in Peter’s heart: “Peter was grieved because He said to him the third time, “Do you love Me?” And he said to Him, “Lord, You know all things; You know that I love You.”

More than mere shame and embarrassment over denying Jesus, this is the grief of a disciple at the end of himself.

It’s been said that God gives us an average of 80 years to make a fast track through life, with the goal that somewhere along the way we will come to the end of ourselves, die to our pride, and quit trusting in our own righteousness.

“Lord, you know all things”

This is where Peter finds himself. His response, “Lord, you know all things,” is his way of saying, “Jesus, you know exactly what I said before—with my impulsive self and big mouth going a mile a minute—and you saw how I blew it when the time came; what do you want me to say now? Surely, you see how fragile a person I am!”

Jesus was fully aware of Peter’s fragility, but He saw way beyond it. That’s why He named him “Rock,” and that’s what He was getting at in Matthew 16:16-18 when He told Peter He would build His church on the boulder-size confession he’d just made.

So with that in mind, consider the words Jesus lovingly spoke into Peter’s heart on the sea shore that morning. His thrice repeated question to Peter was followed by the commission, “Feed my sheep,” affirming the major role Peter would play in nurturing believers in the early church.

So not surprisingly, who rose to the occasion when the church was birthed at Pentecost, boldly delivering the very first sermon preached in the New Testament, resulting in the harvest of 3000 souls (Acts 2)?

Who was first to preach the gospel to the Gentiles (Acts 10)? And who, like a rock, fortified the early church, eventually dying a martyr (as Jesus predicted in John 21:18-19)? Tradition says he died in Rome, crucified up-side down at his request, considering himself unworthy to die in the same position in which Jesus did.

Peter, obviously! And all that to say that the real significance of Peter’s life and ministry can hardly be overestimated. In rejecting what Catholicism has made of this, we need not reject the significance of Peter’s role in laying the foundation of the New Testament church. Not only did he give us a portion of God’s written Word (the Epistles of 1 and 2 Peter), he modeled submission to the discipleship process.

More could be said about the process; this is meant to provide only a broad overview, to remind us of the transformation that is possible even in a badly broken life when Jesus gets a hold of it. Peter is highlighted because his story is a classic illustration of this truth.

But it all boils down to what Michelangelo said in response to a question about how he sculpted the iconic Statue of David. He explained that he simply took a large slab of marble and kept chipping away at whatever didn’t look like David!

That’s what Jesus did in Peter’s life. He just kept chipping away at whatever didn’t resemble what He envisioned. And the end result was a re-shaped disciple, every bit the opposite of what he was when Jesus first met him, firm like a rock!

He just kept chipping away at whatever didn’t resemble what He envisioned. - Whaid Rose Click To Tweet 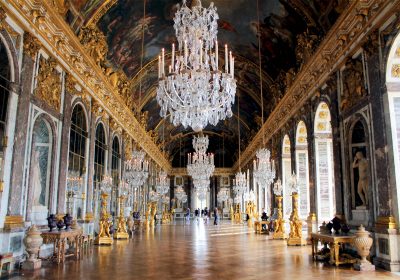 I Dreamed of the Kingdom of God

God’s eternal kingdom will begin when Jesus Christ, having put all enemies under His feet, turns the kingdom over to the father. 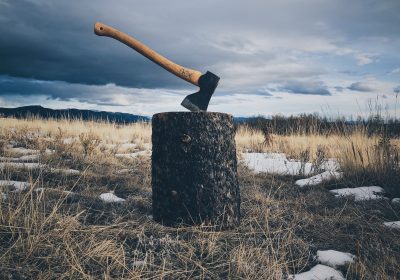 Resolve from now on to consistently keep a sharp cutting edge. And what better time for this new start than at the start of a new year. 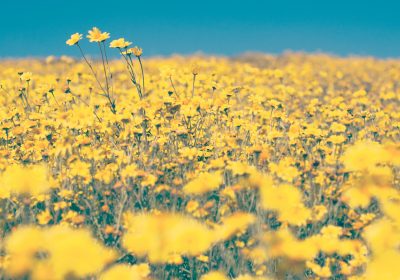 What it takes to Grow People Spiritually: Reflecting on Dallas Willard’s not so surprising strategy

The best strategy for growing people spiritually is to first grow ourselves. In so doing we model the change we wish to see in them.