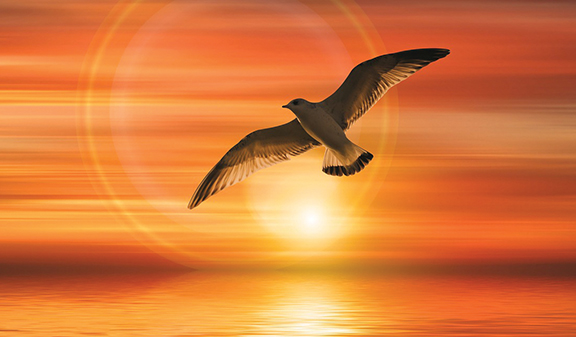 The Law and the Sabbath: This We Believe Part 3

This article covers our seventh and eighth Statements of Faith on the law and the Sabbath. If you had to sum up the law of God in one word, what would it be?

On our annual trip through the Bible, my family just finished Leviticus. Holy is a keyword in that book of the law. So is offering. Deuteronomy is coming up. Command and obey are key there — blessing and cursing, too. Left to mere opinion, we’d likely debate the point. But we don’t have to. Happily, the New Testament is unanimous. The word that sums it all up is love.

So simple. Jesus’ sacrificial love frees us to love and teaches us to love. And being found in God’s love, we are blessed and obey His commands, just as Deuteronomy wanted.

Statement of Faith 7: The Ten Commandments

This we believe: the Ten Commandments were known and obeyed by faithful people before the law was given at Sinai. Later incorporated into the new covenant by the example and teaching of Christ, they constitute the basic moral code for humanity and are obeyed to demonstrate the believer’s love for God and his fellowman.

What’s “special” about the Ten?

Before God presented Israel with His codified law at Mount Sinai, He first made an agreement with them (Exodus 19:5-8). This agreement, or covenant, stated that He would be their God and they would be His treasured people and obey His commandments — a holy nation indeed. The first set of laws given in this context were the Ten Commandments (i.e., the Decalogue), which God spoke to the entire congregation of Israel and to the mixed multitude gathered at Sinai (Exodus 19, 20).

Then God called Moses up into the mountain and presented him two tablets of stone on which the Ten Commandments had been written with God’s own finger (31:18). The Ten are later called “the covenant” (34:28; Deuteronomy 4:13; 9:9, 11, 15), perhaps because they were the first laws God gave Israelites after their mutual agreement and/or because the Ten were the main items God had in mind for the conduct of His chosen people and that of all others. When God finished speaking the Ten Commandments in the people’s hearing, “He added no more” (Deuteronomy 5:22), indicating the completeness of the Decalogue as a unique code of moral law.

The two tablets of stone inscribed with the Ten were then placed inside the ark of the covenant in the Hebrew tabernacle (Exodus 25:16; 32:15; Hebrews 9:4), unlike the other laws of the Sinaitic covenant that were placed beside the ark (Deuteronomy 31:26). This location of the Ten inside the ark had special significance in that the “mercy seat” was placed atop the ark. It was from there that God met with and spoke to Moses, face to face (Exodus 33:11a).

When God ruled Israel as king (1 Samuel 8:7), the mercy seat was His throne (Exodus 25:22). Israel’s earthly temple, including the ark of the covenant and its contents, was patterned after eternal realities, heavenly things (Hebrews 8:5; Revelation 11:19). God’s will in heaven is also His will for people on earth (Matthew 6:10).

These evidences point to the unique role of the Ten Commandments:

The essence of God’s will for human conduct is revealed in the Ten Commandments, in contrast with the other laws given at Mount Sinai that evidently occupied positions of lesser importance in the divine plan. The Ten are simple guides to living and loving (Romans 13:8-10), whereas the book of the law gave warnings and remedies for specific failures to show such love. . . .

We began with these premises: “The Ten Commandments were known and obeyed by faithful people before the law was given at Sinai,” that “they later were incorporated into the new covenant by the example and teaching of Christ,” that “they constitute the basic moral code for humanity” and “are obeyed to demonstrate the believer’s love for God and his fellowman.” We have shown the soundness of those beliefs with ample scriptural verification.

That the Ten “constitute the basic moral code for humanity” is further verified by the statements of our Lord, His apostles and prophets, their condemnation of the very conduct that is causing the rapid moral decay evident in the twentieth and twenty-first centuries. The very calamities that God predicted would come on His people for violating His commandments have descended upon our post-modern world.

At the same time, those who obey God’s commands — empowered by His Spirit and strengthened by His grace — enjoy the wonderful benefits of a life lived in holy devotion to God. God’s commandments are not burdensome. Rather, they outline ways in which we demonstrate our love for God and our fellowman. Those who choose this way of love will enjoy all the benefits this earthly life can afford as they experience true fellowship with God and His covenant people. Thus we affirm the perpetuity of the Ten Commandments, not as a rigid moral code but as a way of life that embraces Jesus’ high calling to love God and one another!

Giving us His commandments verifies God’s love for us, even more than our imperfect obedience verifies our love for Him and His Son, Jesus Christ!

Statement of Faith 8: The Sabbath

This we believe: the seventh-day Sabbath is God’s gift to humanity from Creation, was written into the Ten Commandments by God’s finger, was kept and taught by Jesus, and was observed by the apostolic church. A memorial of both Creation and redemption, the Sabbath should be celebrated faithfully by believers now as a day of rest, worship, and well doing. . . .

Observance not just for Jews

The Sabbath was not first anchored in the law. It began as one of the Lord’s creative acts at the end of Creation week. It began with man’s benefit in mind and continues for that purpose. However, the Sabbath was incorporated in His law and given as a command to a mixed multitude of Gentiles and Israelites. Keeping it is well illustrated in the teachings and practice of Jesus Christ and in the gospel of grace preached by the apostles in His name.

When Jesus said, “The Sabbath was made for man, and not man for the Sabbath” (Mark 2:27), “for man” included all humanity on earth. At the time the Sabbath was made and hallowed, no nation of Israel yet existed. Nor would the people later called Jews even be known for at least two thousand years after the Sabbath became God’s designated rest day “for man.” . . .

Shorthand summary of the Sabbath

First, the Sabbath was blessed as a memorial to God’s handiwork at the end of Creation week (Genesis 2:2, 3; Exodus 20:11). As long as heaven and earth remain, the seventh day will retain this magnificent meaning, and some men, at least, will remember their Creator on it.

Second, the Sabbath was set aside (sanctified) as a day of rest from the labor of the first six days, by God’s own example (Genesis 2:2, 3). As long as men imitate their Maker by engaging in fruitful labor, the need for a weekly rest day will remain.

Third, “Remember the Sabbath day, to keep it holy” was spoken by God and was written by Him on tables of stone — the heart of the old covenant (Exodus 20:8-11). As long as the moral essence of God’s law stands, the seventh day will be sacred time.

Fourth, Sabbath was prescribed as a day for holy assembly for the nation of Israel (Leviticus 23:3). Christ our Master followed this practice, and it can carry the same significance for Christians.

Sixth, the Sabbath became a picture of the New Testament gospel in Christ. Just as we lay aside our efforts at self-justification when we trust Jesus the Savior (Ephesians 2:8, 9; Titus 3:5), so does every seventh day call us to cease our labors and enter His divine provision for time and eternity. As long as salvation by grace through faith apart from human work remains true, the Sabbath day will be a true teacher of the gospel.

Seventh, the Sabbath provides a preview of eternal rest in God’s coming kingdom (Hebrews 4:1-11). Understanding God’s plan for a future filled with righteousness, we affirm the corresponding truth that there remains a sabbatismos (Sabbath rest) for the people of God (v. 9).

In these summary points above, note the roles and meanings attached to the biblical seventh day: a memorial, a day of rest and assembly, a command and a custom, a picture, and a preview.

Would it not be wise, then, to embrace and celebrate a gift so replete with divine reflection and benefit as Sabbath is?