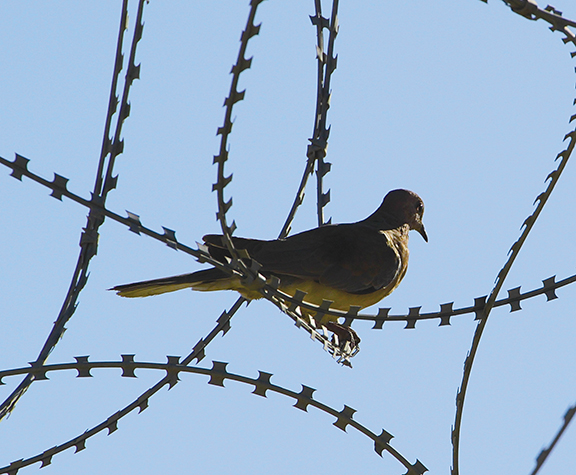 Dietrich Bonhoeffer begins his classic Life Together with these words:

It is not simply to be taken for granted that the Christian has the privilege of living among other Christians. Jesus Christ lived in the midst of his enemies. At the end all his disciples deserted him. On the Cross he was utterly alone, surrounded by evildoers and mockers. For this cause he had come, to bring peace to the enemies of God. So the Christian, too, belongs not in the seclusion of a cloistered life but in the thick of foes. There is his commission, his work.1

Bonhoeffer goes on to discuss the privilege and responsibility of Christian fellowship, but he could have written the entire book on our call to live “in the thick of foes,” joining Jesus in bringing “peace to the enemies of God.” This is the calling of all those who would follow Jesus in life, death, and resurrection. Nevertheless, this calling has often proved difficult for Christ’s followers to answer.

Peter and the sword

Jesus spoke a blessing on peacemakers (Matthew 5:9) and taught His followers to willingly endure physical assault, theft, and compelled servitude from evildoers (vv. 38-41). He taught forgiveness (18:21-25) and active love for enemies (Luke 6:27-36), demonstrating kinship with God, “for He Himself is kind to ungrateful and evil men” (v. 35).

Peter heard this teaching but, like many of Jesus’ followers, couldn’t accept it. On the night of Jesus’ arrest, Peter drew a sword in self-defense against an unjust police force. Jesus’ rebuke echoes through history: “Put your sword back into its place; for all those who take up the sword shall perish by the sword” (Matthew 26:52).

Here Jesus proclaimed not only a reality that defined but also an imperative that guided His kingdom and its citizens. His kingdom was not of earthly origin. It had no geo-political interests to protect, no physical borders to defend, no human army to deploy. It was an otherworldly kingdom that would advance, not through physical conquest but through the power of the Spirit, good works, and the proclamation of a gospel of peace. The citizens of this kingdom were not to use violence as did the citizens of this earth. In fact, they were to overcome violence with love.

Jesus backed up His words with the most painful of deeds. Contrary to Messianic expectations, Jesus didn’t conquer through physical warfare. Rather, He delivered the decisive blow to sin and death through self-sacrifice (Colossians 2:13-15). In His greatest moment of physical weakness, Jesus conquered humanity’s greatest spiritual enemies. In His public humiliation, His unjust crucifixion, His willingness to lay aside force, Jesus proclaimed in deed what He had spent His ministry proclaiming in word: His was a gospel and a kingdom of peace. Those who would be citizens of His kingdom would follow His example, loving and forgiving those who mistreated and murdered them.

Peter and the cross

Eventually, Peter understood what he failed to grasp that night in the Garden of Gethsemane. Later, he would write to Christians — those who “reside as aliens” (1 Peter 1:1) — in a world bent on violence and revenge:

For you have been called for this purpose, since Christ also suffered for you, leaving you an example for you to follow in His steps, who committed no sin, nor was any deceit found in His mouth; and while being reviled, He did not revile in return; while suffering, He uttered no threats, but kept entrusting Himself to Him who judges righteously; and He Himself bore our sins in His body on the cross, so that we might die to sin and live to righteousness; for by His wounds you were healed. . . . To sum up, all of you be harmonious, sympathetic, brotherly, kindhearted, and humble in spirit; not returning evil for evil or insult for insult, but giving a blessing instead; for you were called for the very purpose that you might inherit a blessing. For, “The one who desires life, to love and see good days, must keep his tongue from evil and his lips from speaking deceit. He must turn away from evil and do good; He must seek peace and pursue it (2:21-24; 3:8-11).

The ultimate weakness of violence is that it is a descending spiral, begetting the very thing it seeks to destroy. Instead of diminishing evil, it multiplies it. Through violence you may murder the liar, but you cannot murder the lie, nor establish the truth. Through violence you may murder the hater, but you do not murder hate. In fact, violence merely increases hate. . . . Returning violence for violence multiplies violence, adding deeper darkness to a night already devoid of stars. Darkness cannot drive out darkness: only light can do that. Hate cannot drive out hate: only love can do that.2

Paul acknowledged how contrary this rejection of violence was to the world’s way of doing things. The world believes in vengeance, an “eye for an eye,” self-defense, proportional response, and war. In instructing the Romans to cast off the shape of the world and be transformed into the image of Christ, he wrote these words:

Bless those who persecute you; bless and do not curse. . . . Never pay back evil for evil to anyone. Respect what is right in the sight of all men. If possible, so far as it depends on you, be at peace with all men. Never take your own revenge, beloved, but leave room for the wrath of God, for it is written, “Vengeance is Mine, I will repay,” says the Lord.  “But if your enemy is hungry, feed him, and if he is thirsty, give him a drink; for in so doing you will heap burning coals on his head.” Do not be overcome by evil, but overcome evil with good (Romans 12:14, 17-21).

This is the radical nature of Christ’s kingdom. Even our words — to say nothing of our bodies — should not be instruments of violence. Rather, they should be instruments of grace (Ephesians 4:29), particularly in our interaction with non-Christians (Colossians 4:5, 6). And here we discover the heart and logic of non-violence in the kingdom of God. The kingdom of God is advanced through the spiritual warfare of a people wearing spiritual armor, their feet shod beautifully with the good news of peace (Ephesians 6:10-17). As Christ’s ambassadors taking the message of loving reconciliation to the world, we must do so peacefully (2 Corinthians 5:14-21).

Life in Jesus’ kingdom invites us to abandon the temporal hopes and security, pride and braggadocio, of our earthly kingdoms. It compels us to reject the call of our earthly kingdoms as they seek to enlist us in their endless wars for land and power and liberty. Life in Jesus’ kingdom calls us to embrace an eternal hope and advance a kingdom that is secured by peace — a hard-fought peace won through loving our enemies, doing good to those who are evil, and when necessary, dying in the process.