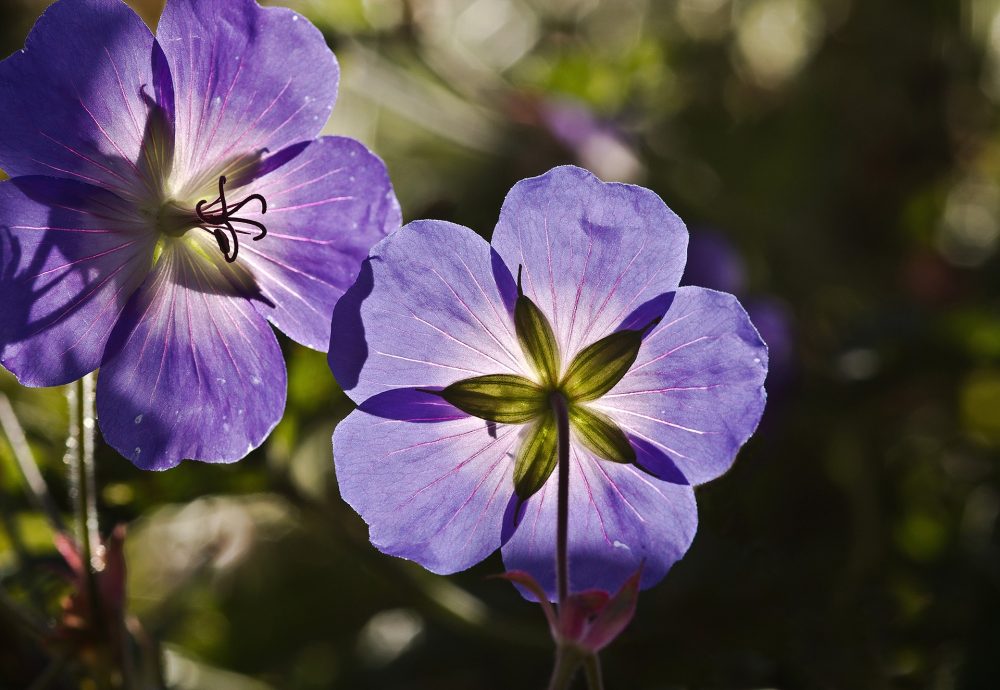 With the May-June Sola Fide issue in readers’ hands and the July-August Sola Gratia edition wrapping up, I’m thinking today about the inseparable union of grace and faith, particularly witnessed in the first family of faith, Abraham and Sarah.

Paul writes more than once about this couple. They are crucial figures in his exposition of the gospel of God in Jesus Christ, scriptural forbearers of that great, sacrosanct dance of grace and faith. Paul also offers our most beloved expression of this simple gospel pattern in abbreviated form:

For by grace you have been saved through faith; and that not of yourselves, it is the gift of God (Ephesians 2:8).

Grace is God’s mighty love directed toward us. Faith is our simple, trusting response. This transformative gift beyond grasping is bound up in Jesus Christ and what He accomplished in life, death, and resurrection. Little wonder that Paul found, and pressed into service, the miraculous story of Abraham and Sarah as the central Old Testament paradigm and foreshadow of the grace and faith now fully revealed in Jesus. He is, after all, their promised child.

Usually the story is rehearsed, with Abraham, the father of the faith, as the central character. Here, however, I want to note how the pattern of grace and faith therein finds Sarah as the crucial, pivotal character of the story. If grace is God acting freely from His love, working the impossible in us, Paul finds in the mother of faith God’s covenantal purpose and promise fully illustrated.

For this is the word of promise: “At this time I will come, and Sarah shall have a son” (Romans 9:9).

This is a huge promise and a theological gem that goes well beyond its historical moment. It’s a word from God that draws out a response of trusting faith, or nothing at all. Paul already reminded his Roman readers of the impossibility of their situation: Abraham must believe not only what God will do for him but also how God will do that through his barren wife:

Without becoming weak in faith he contemplated his own body, now as good as dead since he was about a hundred years old, and the deadness of Sarah’s womb (Romans 4:19).

Paul observes in the following verses that Abraham did not falter in unbelief but grew strong in faith, trusting that God who promises also performs. This way is righteousness —  not Abraham’s only but ours as well (vv. 20-25). All this turns on the gracious miracle God performs in Sarah.

But I’m getting ahead of myself. We know the end of the story: the laughter that becomes baby Isaac. But let’s go back to the beginning, to Genesis to see how favored Sarah is in this story, how focused God’s grace is on her, and how all of it ultimately points to Jesus and the empty tomb that our faith is built upon.

Her start is inauspicious. In Genesis 11 we get a brief, gloomy description of Abram’s wife, named Sarai. She is barren (v. 30). Despite the discouraging prognosis, especially for a woman in the ancient Near East, it does not take long to realize her centrality to this story of promise. God’s call of Abram out from his country, family, and home to a new land is followed by the divine promise of blessing to make Abram a great nation and bless all families through him (12:1-3).  We don’t know how God will do this. Though vague, God’s grace is seen in God’s initiating word. Abram and Sarai set out for Canaan in faith (vv. 4, 5).

Once they’re in Canaan, God renews and expands His promise to Abram: “To your descendants I will give this land” (v. 7). But where will these descendants come from? We don’t know yet. Abram travels on, but famine drives him to Egypt. Fearing that Sarai’s beauty will make him a target, Abram passes her off as a sister. She must have been an exceptional woman. It’s not a good moment for Abram, but his instinct is right: The Egyptians sing her praises to the Pharaoh, who snatches her up quickly, rewarding Abram in the process.

But God is looking out for Sarai, and His promises to Abram have everything to do with her, even if Abram doesn’t know it yet. Anticipating the Exodus story, God plagues Pharaoh and his house for Sarai’s sake. She is quickly sent back to her husband and escorted out of Egypt.

In Genesis 15, God again reaffirms His promise to Abram, just as his doubts and frustrations are mounting. God addresses them:

“Now look toward the heavens, and count the stars, if you are able to count them.” And He said to him, “So shall your descendants be.” Then he believed in the Lord; and He reckoned it to him as righteousness (Genesis 15:5, 6).

There is the essential justification by faith moment that the New Testament turns to again and again. But the promise is still vague, if undeniable. How is God going to do this? In chapter 16, Sarai and Abram come up with a plan: Hagar! Oops. And Ishmael follows. But this work of the flesh looks too much like Sarai and Abram and not enough like God Almighty.

Though they presumptuously stumble, God renews His everlasting covenant with Abram, and his heirs to be, in chapter 17. His promises are as vast as ever: “I will multiply you exceedingly” (v. 2). God finally makes His objectives clear, directing His attention to Abraham’s aged and barren wife, Sarah, and the impossible:

Abraham, the father of faith, “fell on his face and laughed” (v. 17). Grace has never looked so amazing, and faith can only hoot at what God is up to. Fittingly, it is at this very moment of revelation that Sarai’s name is changed to Sarah, meaning princess.

Of course, Sarah laughs too when she overhears the Lord’s word of promise in chapter 18. Let’s be practical here. Wouldn’t you? And now we get to the nitty gritty of grace and faith:

And the Lord said to Abraham, “Why did Sarah laugh, saying, ‘Shall I indeed bear a child, when I am so old?’ Is anything too difficult for the Lord? At the appointed time I will return to you, at this time next year, and Sarah will have a son” (Genesis 18:13, 14).

God is determined to do the difficult — nay, the impossible — in and through Sarah. What else is there but faith in the face of this sort of grace?

But the story is not over yet. In chapter 20, Abraham is up to his old tricks, passing Sarah off as a sister. Poor King Abimelech is the unsuspecting suitor this time. God warns the king in a dream, but not before shutting up the wombs of his household. Mortified, he returns Sarah to Abraham with 1,000 shekels of silver, equivalent to 100 years of average wages. And all “because of Sarah, Abraham’s wife” (vv. 1-18).

It seems that God knows no bounds in showing His grace for Sarah’s sake.

In chapter 21 the promise reaches its climax. Sarah conceives and gives birth — a baby boy in her old age. He’s named Isaac because “God has made laughter for me; everyone who hears will laugh with me” (v. 6).

The fullness of our faith is the laughter that issues forth in rejoicing at what God’s grace has accomplished in old, dead bodies. The faith of Sarah and Abraham trusts God to act, not just in them individually, but also in the other — one close, or perhaps far off, in whom we cannot imagine God’s grace to be effective.

Sarah’s story ends poignantly and prophetically. Having walked a lifetime of faith alongside her husband, through hardships, temptations, and joys, God’s princess died at 127 years of age. Abraham grieves his loss and makes his final pilgrimage to obtain a burial place for her. For Sarah’s sake, he pays a fortune of 400 shekels of silver (40 years of average wages) for the cave of Machpelah (Genesis 23).

There she is buried, the matriarch of faith. Her husband and descendants will follow her into that cave, one after another, death reigning. But those of faith know that this grave, Sarah’s cave, is pregnant with hope. Centuries later, another heir of hers — a child of Isaac, born of Mary in other impossible circumstances — will be born, die, and be placed in a cave. But death and grave will not hold Him, just as Sarah’s dead womb could not prevent Isaac. Her grave, Machpelah, speaks of faith and of grace unlimited; it points toward the One raised. This is God’s Son, the seed of Sarah, the grace of God made flesh.

In the resurrection of Jesus, in that empty cave, it is not just Sarah’s laughter that we hear echoing off the rocks; her heirs of faith laugh with her. For Sarah’s sake, and for ours, God’s grace continues to do the impossible, bringing forth life from death through Jesus Christ our Lord.

Believe Him. And laugh.

Scripture quotations are from the New American Standard Bible.

What Millennials Want the Church To Know Previous post 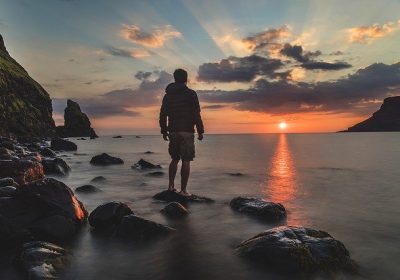 2021 Bible Advocate Theme: Faithful Hello, writers and readers of the Bible Advocate magazine! It is time to announce our theme for 2021. In line with the General Conference convention, our focus will be “Faithful.” Unlike recent years, we’ve decided not to have sub-themes for each of our six annual issues. This is good news […] 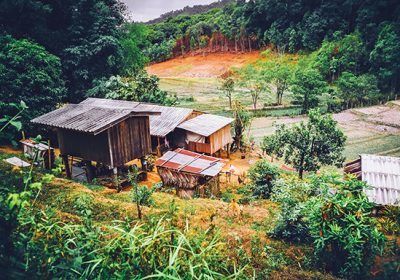 I can’t go in there, I thought as I turned away. The ramshackle outhouse I stood in front of teetered on the edge of a ravine, with just a scrap of cloth serving as the door. Village children, stray dogs, and small pigs observed me with interest as I edged away. My husband and I […]