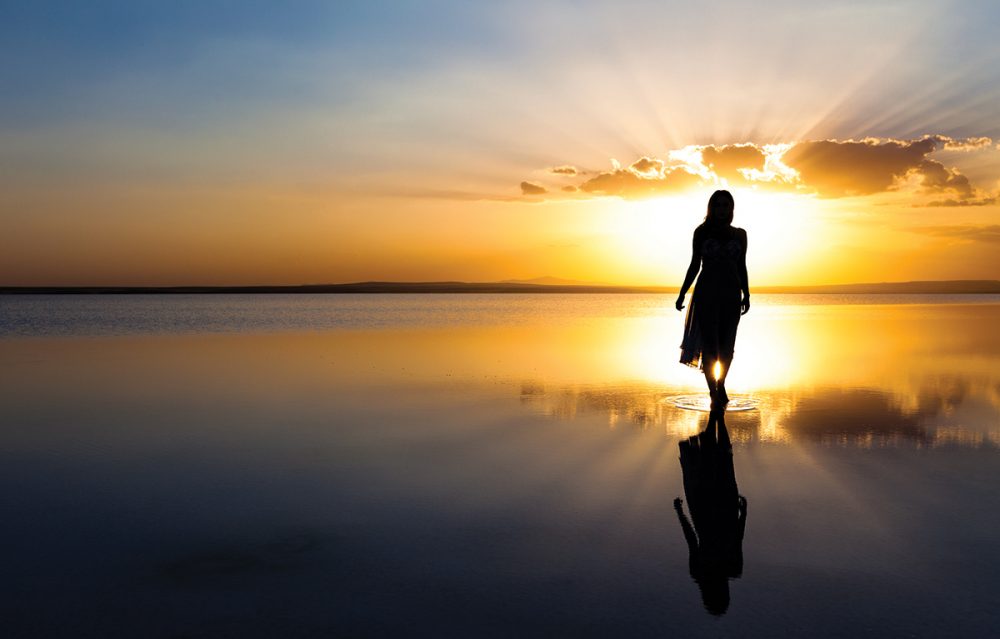 Fear of the Lord

The fear of the Lord is the beginning of wisdom, and the knowledge of the Holy One is understanding (Proverbs 9:10).

From Adam to Noah, God related to humanity as a single community unified by a common language. They were governed, not externally by God’s law but by their conscience. Paul speaks of this internal governance in Romans 2:14, 15. Even without a written law, the people knew right from wrong. Adam and Eve knew it was wrong to disobey God. Cain knew it was wrong to murder his brother.

As the years passed, this community lost their fear of God, perhaps by mischaracterizing God’s longsuffering as moral ambivalence. Instead of living obedient lives in gratitude for God’s grace, they succumbed to all sorts of evil desires. When we arrive at Noah’s day, we read:

Then the Lord saw that the wickedness of man was great in the earth, and that every intent of the thoughts of his heart was only evil continually. And the Lord was sorry that He had made man on the earth, and He was grieved in His heart (Genesis 6:5, 6).

How sad! God created humans in His own image as the pinnacle of His earthly creation. He gave them the unique privilege of returning His love by freely choosing to obey Him. Instead, humans used that freedom to reject God’s love by losing their fear of Him and disobeying Him. They corrupted each other until all in the community but one had decayed into a universal rejection of God’s love and goodness.

God grieved over their choice, knowing the fate they had chosen for themselves. As Noah labored for decades building the ark, his work became God’s daily warning to turn from sin before it was too late. Instead, the people mocked Noah, defying God’s warning until the day His holy judgment came with the Flood. At that time, the breath of life God had given them was taken from them as they sank into the deep.

The troubling question is, “How could the entire world become so depraved?” Scripture doesn’t say, but it’s reasonable to infer that humanity had adopted a “herd morality,” a mindset that believes “As long as I follow the crowd, I’ll be OK.” We all get a safety-in-numbers feeling from being in a group. If everyone is doing it, how can I be held individually responsible?

The Flood is our warning that “safety in numbers” provides no escape from God’s judgment. Though God is longsuffering and loving, God is also holy. He will not tolerate sin forever.

Let’s say you’re walking in a city park with a gentle breeze blowing through the trees and squirrels playing in the thick grass. As you head for the pond to feed the ducks, you’re tempted to take a shortcut across the grass instead of following the meandering paved trail. You’re about to step onto the grass when you notice a sign that says, “Please stay on the trail. City Ordinance #1215.”

If I’m the only one in the park, would I ignore the sign and walk across the grass?

If I’m in a crowded park and no one else is walking on the grass, would I do it then?

If I’m in a crowded park and everyone else is walking on the grass, would I walk across the grass?

Perhaps you’d resist the temptation to walk across the grass in the first two scenarios, but what about the third one? This is the power of influence. Whatever others do influences what I do, even when I know better. Likewise, what I do influences what others do, for better or for worse. Most of us tend to follow the crowd, without realizing the crowd is also following us. My choices affect those around me.

Now let’s say that everyone else is walking on the grass, and a park policeman arrives just as you step out onto the grass. He asks if you saw the sign, then gives you a ticket. Do you feel a sense of injustice that you got a ticket when everyone else was doing it too?

This feeling that “I’m only doing what everyone else is doing” is the herd morality. It’s the feeling that I can’t be held individually responsible for my actions if I’m just one of the herd.

But are you right to feel unjustly treated? The fact that others also did wrong only adds to your guilt because your example encouraged them to do wrong. It’s true that they are just as guilty as you, but not all wrongdoers get caught right away.

The people of Noah’s day probably felt the same way. They were safe to disobey God because everyone else was doing it too. They no longer felt personally accountable to their Creator.

Our human nature is intriguing. We don’t want to be held individually accountable for following the crowd, yet we still want to be treated as individuals. We can’t have it both ways. Either God sees us as individuals, or He doesn’t.

Do you remember when Abraham negotiated with God? God was about to destroy Sodom and Gomorrah because no hope remained for the people to ever turn to God. Their continued existence would only corrupt others who still had hope.

Abraham was concerned about his nephew, Lot, and negotiated with God: “What if there were fifty righteous people there? Would You destroy the righteous with the wicked? What about forty? What about thirty? Twenty? Ten?” It appears that Abraham was asking God, “Do You just see masses of people, or do You see individuals?”

God replied that if ten righteous remained in the city, He would spare not only the righteous but also the entire city for their sake. God’s answer indicates that He sees each individual — and more. He also sees their potential influence. As long as a righteous influence exists, there is still hope. But by silencing all such influence, the citizens of Sodom and Gomorrah had extinguished all hope of their redemption.

God is a God who cares for individuals, who creates a moral law to protect the rights of individuals. What you do matters. When you alone remain faithful while all those around you are doing wrong, God sees.

We each make our own choices. Your choice has meaning, especially when the crowd is going the other way. There are eight billion people on earth, yet God knows every hair on your head (Matthew 10:29-31). The fact that most others are making the wrong choice changes nothing. Because He wants the best for you, He cares about the choices you make. That’s who God is.

If we hate injustice, stealing, lying, cheating, rape, murder, sex trafficking, child abuse, political corruption, and immorality, how much more does God, who sees the hearts of everyone, hate evil? Psalm 7:11 tells us that “God is angry with the wicked every day.”

Praise God that He will not tolerate evil forever. He has appointed a day when He will judge the world (Acts 17:31), on the day of the Lord’s wrath (e.g., Zephaniah 1:14-18). Jesus will be revealed and, in flaming fire, take vengeance on those who neither  know God nor obey the gospel (2 Thessalonians 1:7-9). God is holy, and God will judge.

In 2 Peter 3:3-14, Peter describes the world in the last days. He says scoffers will come, walking after their own lusts, openly doubting God’s past judgment in the Flood and God’s future judgment at Christ’s second coming. It’s a repeat of the world that mocked Noah before the Flood.

Peter goes on to say that even if a thousand years or more pass before Jesus comes, don’t interpret this delay as moral ambivalence. God will bring the judgment He’s promised. His delay is His longsuffering because He wants everyone to repent and turn to Him. But for those who persist in evil, the day of the Lord will come as a thief in the night. Knowing God’s promise that He will destroy the world by a consuming fire of holy judgment, what manner of persons should we be in all holy conversation and godliness?

Scripture categorizes people into those who fear God (His children) and those who don’t (the world). “The fear of the Lord is to hate evil” (Proverbs 8:13) because sin brings God’s holy judgment. It is right for us to fear God’s coming judgment on those who embrace sin and be moved by compassion to warn them.