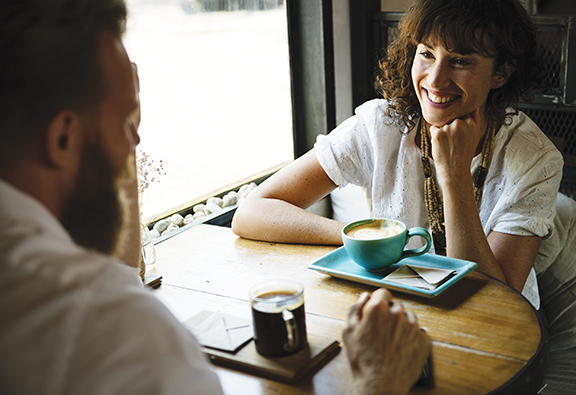 Cosmos and cosmetic — two words that don’t seem to have much in common but share a common Greek root. The Greek word has two primary meanings: order and beauty. While these ideas might seem disparate to us, in Greek they were closely related. Things in proper order, like the cosmos, were beautiful. Beautiful things were well ordered. Like a symmetrical face or a snail’s shell displaying the Golden Spiral, nature’s order was beautiful, and beauty was orderly. In many New Testament versions, the Greek word kosmeo is translated “adorn.” Sometimes it refers to organizing and cleaning a room. Other times, it speaks of a bride made beautiful. Order and beauty.

The instance that strikes me is in Titus 2:10. Here, Paul identifies the purpose for his instructions on Christian living to the young and old, women and men, servants and masters, wives and husbands. With echoes of Jesus’ “Let your light shine” (Matthew 5:16), Paul encourages believers to live holy lives, “so that they will adorn the doctrine of God our Savior in every respect.” That is, Paul instructs us to live lives that display the orderliness and beauty of the gospel. This is a reminder that living holy lives is not simply for us, but in fact is aimed at others and accomplishes God’s mission to redeem all of creation. It is also a challenge to live and speak in ways that make the gospel as appealing as possible. How do we face this challenge in an increasingly post-Christian culture?

What if we could change that? What if we took the time to hear what our neighbors are saying, and demonstrate love by responding to them?

In order to do this, let’s look at the characteristics that non-Christians and lapsed Christians identified as most important. These characteristics represent ways we can make the gospel orderly and beautiful to those who need to hear.

Six in ten of those surveyed wanted a conversation partner who listened without judgment, but only three in ten felt their Christian friends demonstrated this characteristic. Sadly, many Christians believe we should judge non-believers, despite Scripture to the contrary. Those who do not accept the gospel are already judged. Jesus has come to offer salvation to all those who will believe (John 3:16, 17). This is our role as His ambassadors — not to judge unbelievers (1 Corinthians 5:9-13) but to share the message and ministry of reconciliation with them so they will be reconciled to God (2 Corinthians 5:14-21).

Judging a non-believer for their individual sins is like criticizing a person suffering from cancer for a minor symptom! It is not our responsibility to condemn their sins but to offer them salvation. Those who respond to the conviction of the Holy Spirit will receive the gospel as the gift it is. Those who do not will only be further repelled by our condemnation.

The next characteristic deals with conclusions. Half of the survey respondents said they wanted to dialogue with people who don’t force their own conclusions, and nearly that many said they appreciated those who allowed others to draw their own conclusions. Here we should remember that faith in God is a deeply personal response of belief and trust. It is not something to be argued or coerced into. As the old saying goes, “A man convinced against his will is of the same opinion still.” As we share our deeply held convictions with others, we must leave room for them to reach their own conclusions and come to genuine faith through their own wrestling with difficult questions and choices.

Along these lines, two other results from the survey were significant. Twenty percent expressed an appreciation for those who were aware of the inconsistencies in their own perspective, and only 15 percent appreciated someone who was “good at debating topics.”

Some who advocate for evangelism via apologetics claim we must have answers for every question and be skilled debaters to convince others of the gospel. But the data paints a different picture. Most people today aren’t looking for an abstract debate about the existence of God or the problem of evil. They’re not won over by those who “have all the answers” or know how to win an argument. Rather, they’re responsive to those who are confident in their own views, but aware of the paradoxes inherent in any faith claim. That is, they want people who sincerely believe what they believe, but who also acknowledge the mysteries of faith and the limits of reason and logic when it comes to supernatural matters. Faith is based on evidence, not proof. Our belief ultimately rests in a gracious God we cannot fully comprehend or explain, not airtight arguments that can counter any objection.

The third characteristic has to do with how we relate. One-third of those surveyed agreed on the importance of their conversation partner being both “confident in sharing their own perspective” and demonstrating “interest in other people’s story or life.” This reminds us of the importance of mutuality and authenticity in our interactions with non-Christians or lapsed Christians. In contrast with the “drive-by” or “sales pitch” approaches to evangelism that were popular in past decades, we are called to a far more relational and personal approach.

Paul models this in his commitment to become all things to all people, if by any means to win some (1 Corinthians 9:19-23). On one hand, he was committed to sharing the gospel, confident in his belief in his Savior. On the other hand, he was committed to building bridges to people, understanding their perspective, and entering into their contexts and lives for the sake of the gospel.

These are the two inseparable components of biblical evangelism. Unfortunately, they are too often separated. It is not enough to simply hold our convictions with confidence or become like our audience. We must find ways to do both without sacrificing one for the other. Like the Son becoming incarnate, we enter the world of those we hope to reach, while living and speaking the message in ways they can understand and receive.

In this venture, we should be encouraged to build new relationships. More of those surveyed valued conversations with people who showed interest in their story than in those who already knew their story. We should be open to learning more, both about those we already know and those God brings into our path.

A similar number of those surveyed were particularly interested in the topic of questions. They desired dialogue with people who were good at asking questions and who focused on the details of questions they asked. Both characteristics are vital for understanding and responding to the unique needs of the person we’re speaking to.

This cautions us against the use of formulaic or generic approaches to sharing the gospel, popularized in past methods like the bridge illustration or Romans Road. While these canned versions of the gospel may still have some usefulness, their effectiveness is limited as we engage real people in complex states of understanding and belief. It is far better to approach each person as a unique individual and seek first to understand who they are, what they believe, and what questions concern them.

Evangelism is much like other forms of communication: Listening is more important than speaking. No wonder God gave us two ears but only one mouth! Sadly, only a quarter of Christians surveyed considered themselves good at asking questions, and fewer than half felt they were good at demonstrating interest in someone else’s life. These are skills that can be practiced. As we ask questions, we draw out the thoughts and feelings of those we are witnessing to. As we listen carefully to these questions and tailor our responses to pinpoint their specific concerns, we demonstrate love (Colossians 4:5, 6; 1 Peter 3:13-17).

Listening carefully includes responding to the questions that are asked, rather than reading into them assumptions and attitudes from other experiences and conversations. Only one in ten expected a dialogue partner to focus on the emotions behind a question. In other words, they’re looking for a good listener, not a mind reader.

Practice what you preach?

The most surprising response in the survey to me was that fewer than two in ten (15 percent) of the respondents said they valued a conversation partner who “exhibited a vibrant faith of their own.” This is especially striking, since 57 percent of Christians believed this was an important characteristic in sharing one’s faith. Nearly identical numbers demonstrated a similar gap between the value that Christians placed on helping others have a spiritual experience of God for themselves (53 percent) and the value that non-Christians and lapsed Christians placed on this ability (13 percent). So how important is it for Christians to practice what they preach and be able to help others have spiritual experiences?

Here, we’re directed by Scripture regarding what others expect of us. We remember the words of Jesus and the apostles that tie our lifestyle to the effectiveness of our witness. We don’t want to be hypocrites, preaching one thing and practicing another. Whether non-Christians and lapsed Christians value our living out our beliefs for the sake of conversation, we realize the importance of it for those conversations to bear fruit and bring glory to God.

Let’s live lives that demonstrate the reality of our words. This draws people to Christ. This brings glory to God. This combines the message and ministry of reconciliation. This makes the gospel orderly and beautiful to those who hear it. 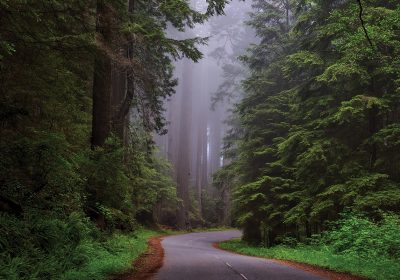