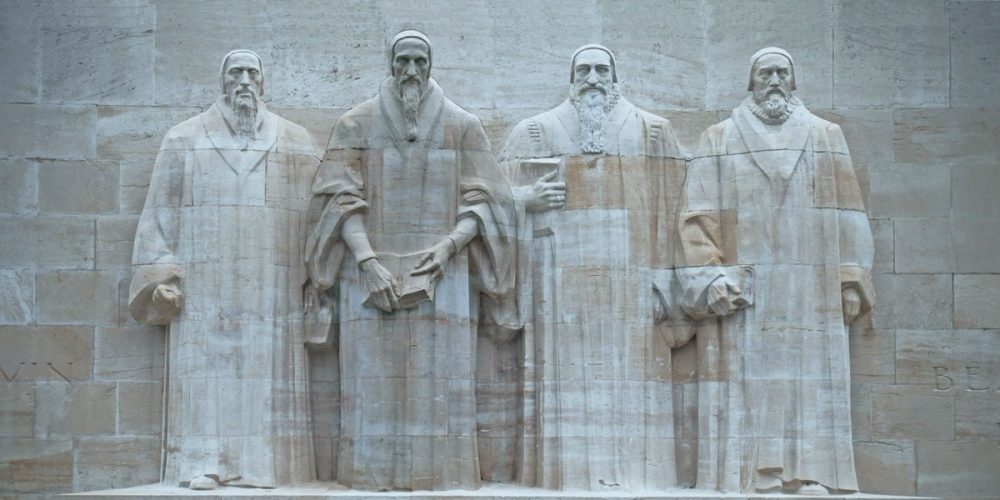 Here we come to the end of our three-part discussion of the Calvinist TULIP. Since Artios Christian College and Lead Up are ministries of the Church of God (Seventh Day), it is worthwhile to examine our denomination’s Statement of Faith.

Looking back on the first three letters of TULIP, we see that total depravity was easy to affirm. The Bible is explicit in describing humankind’s inability to merit salvation through works. Conversely, unconditional election was easy to denounce, as receiving the benefit of election in Scripture is always conditioned on faith. And, contrary to Calvinist claims, saving faith is not something predestined by God for a select few to receive. Rather, it is a capacity to trust in God for salvation that is granted to all. Limited atonement was perhaps the simplest to refute. It undermines God’s atonement for the entire world in Christ and His will to see all of humanity saved.

What does the Bible say about God and His grace toward humanity? Let’s take a final look.

Of the five points in the TULIP, the last two are the most difficult to navigate. Irresistible grace and perseverance of the saints call for a more delicate handling. They invite us into the mysterious and boundless realms of God’s amazing grace. As P. E. Hughes says, “It is important always to remember that the operation of God’s grace is a deep mystery that is far beyond our limited human comprehension.” Thus, let us tiptoe carefully through the remainder of the TULIP.

The operation of God’s grace is a deep mystery that is far beyond our limited human comprehension. - P.E. Hughes Click To Tweet

I is for Irresistible

In Calvinism, those who have been elected by God to receive His efficacious and sufficient grace for salvation cannot reject it. Rather, they will in every case receive His grace by the faith predestined for them to exercise. While our fourth statement of faith notes that salvation is by God’s grace and received through faith, there is nothing in our statement to indicate that God’s grace is “irresistible.” What does Scripture say?

As with each topic addressed by the TULIP, proponents and opponents quote proof texts to support their view. However, regarding irresistible grace, Calvinists rely more on a series of logical syllogisms than they do on scriptural support. A logical syllogism uses connections between various premises to reach a conclusion. If A and B are true, then C must be true. The main line of reasoning for irresistible grace is as follows:

A) God has unconditionally elected and predestined some to receive His grace through faith (i.e., limited atonement).

B) The predetermined will of God cannot be resisted or rejected.

C) Therefore, those who have been predestined to receive grace through faith cannot do otherwise.

What is lacking in the Calvinist argument is explicit biblical support for its claims that grace and faith are predestined for a select few and that humans cannot resist or reject the will of God regarding their salvation. Indeed, as we’ve shown in past articles, Scripture actually indicates that grace and faith have been extended to all humanity and that humans can, in fact, reject God’s desire for them to be saved.

This concept of resistible grace is evident in Paul’s ministry and writing. Paul speaks of God’s grace, expressed in Christ’s sacrifice, as being something offered to all humanity (Romans 5:15-21; Titus 2:11). This accords nicely with Paul’s concept of the atonement being offered to all (2 Corinthians 5:17-21). And yet, as we know, not everyone receives the benefit of God’s saving grace expressed in Jesus Christ.

Further, Paul repeatedly expresses concern that those who already received God’s saving grace would make it ineffectual in their lives! In Acts 13:43, Paul and Barnabas urged new believers to “continue in the grace of God.” And Paul had to plead with the Corinthian believers not to receive the grace of God in vain (2 Corinthians 6:2). Paul was seriously concerned that some believers in Galatia were turning away from God, who had called them in the grace of Christ, because they were being drawn to a false gospel (Galatians 1:6ff).

In his impassioned testimony, Paul stated that he did not set aside the grace of God. For if righteousness came through the law, then Christ died in vain (2:21). Sadly, some of the Galatian believers had taken the opposite course and, seeking to be justified by the works of the law, had severed themselves from Christ and thus had “fallen from grace” (5:4).

If Paul believed that God’s saving grace was irresistible and effectual in the case of every Christian, then the passages above become nonsensical. This is to say nothing of the various places where Paul and other New Testament authors express concern for their own Christian progress, and the progress of their fellow Christians, without explicitly referring to grace, but certainly having the concept in mind.

P is for Perseverance

Recognizing that grace is not irresistible leads us to the final point of the TULIP: perseverance of the saints. The Calvinist doctrine of perseverance is concisely stated in the Westminster Confession of Faith (1647): “They whom God hath accepted in his Beloved, effectually called and sanctified by his Spirit, can neither totally nor finally fall away from the state of grace; but shall certainly persevere therein to the end, and be eternally saved.”

Once more, one searches our Statement of Faith in vain for any such assurance. One also searches Scripture in vain. Instead, we find two types of passages regarding the perseverance of the saints. On one hand, we find those promising that God will remain ever faithful to those who place their faith in Him. On the other hand, we find repeated calls and warnings for those who have placed their faith in Him to continue to believe. If one looks only at the former set of passages, then they could hold to perseverance of the saints. But an honest reading of the latter set warns us that God’s faithfulness to save is promised only to those who continue to place their faith in Him.

In the book of Hebrews, we are warned about the hardening and deceiving effects of sin (3:13). Unrepentant sin can eventually lead a person to reject their faith in God and become His enemy instead. The point is not that we can sin so much that God will reject us, but that there is the risk that we will go on sinning in such a way that we will reject God (3:12-19; 6:4-8; 10:26-31).

We have already mentioned the state of some of the brethren in Galatia. They had “fallen from grace,” not by virtue of unrepentant sin but by placing their faith in their own righteous deeds, rather than in the sacrificial death of Christ. Their acceptance of a false gospel, built on their obedience to the law, severed them from Christ and thus resulted in apostasy.

The biblical doctrine, then, is that God is ever faithful to save those who trust Him. For those who love and believe in Him, nothing can separate us from His love (Romans 8:31-39), and no one can snatch us from His hand (John 10:25-30). We can have full assurance of our salvation. Our assurance is not based on completely avoiding sin or on perfect adherence to the law, but on the reception and knowledge of the Son, in whom we have eternal life (17:3; 1 John 5:11-13). God will not go back on His promise, and He is ever faithful. However, His promise of salvation is for those who believe — indeed, for those who persevere in believing. This perseverance is not an automatic, predestined response to God’s grace, as Calvinists would have it. Rather, it is a daily call to place our trust in God’s amazing grace.

Every devout Christian knows that he would not have continued in the faith (as also he would never have begun) but for the unmerited, invasive grace of God, shown to him in innumerable ways. . . . If we fall, we know that is our fault; if we are upheld, we know it is thanks to God’s grace. The warnings, exhortations, and tragic examples of the NT do still speak directly to our hearts; had it depended upon us, our waywardness would long ago have snatched us out of God’s hands, separated us from God’s love. But it has not depended upon anything in us, except our desire to be saved (italics mine).

We work out our salvation in fear and trembling, knowing all the while that it is God who is working in us, both to will, and to do, according to His good pleasure (Philippians 2:13, 14). By trusting in God’s grace, we believe, and by trusting in His grace, we persevere.

A version of this article was originally published here.

More resources for you: 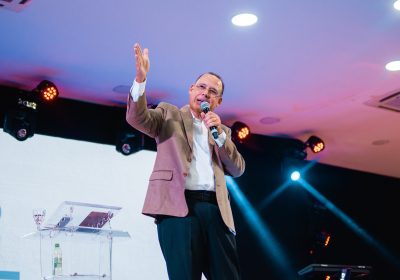 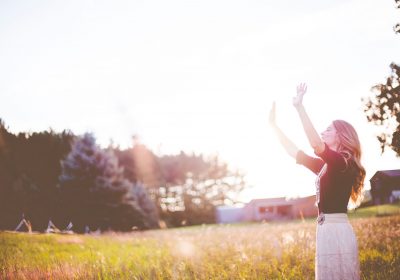 How Does Prayer Transform You? Part 2

Through prayer we can enter a deep and intimate relationship with our abba father, we can share his heart and work.