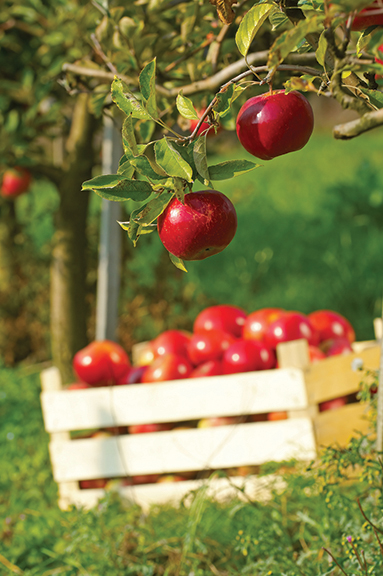 Let the bank take over and forget it. We can’t keep the place going. There’s no future here.

It was the 1920s, and a major Depression breathed down their necks. Reeling from the death of their doctor-husband and father, the Crockett family made a nearly unanimous decision to desert the orchard. The daughter, Adele (Kitty) Crockett, thought otherwise, quit her lucrative office job, and moved to the deserted New England homestead.

The once prolific well on the property had long since been reduced to brackish water, though still potable. The house needed repair, and the orchard had been neglected. Singlehandedly and operating in survival mode, Kitty worked to spray the trees, prune their branches, and tend the bees so necessary to the orchard’s production. Kitty’s early training carried her through the many stages of growth from bud to blossom to ripened goodness before the fruit was graded and packed, then marketed with the aid of a few trusted helpers.

In like manner, God infuses His children with His Spirit to grow fruit for His kingdom. Our lives become new sprouts, tender branches, rooted in Christ Jesus. Our faith needs gentle nurture and protection from the storms that would ravage and destroy the tender new growth.

Over time, fruit begins to appear, the first of which is love (Galatians 5:22). It is no happenstance that it is listed first, for without love, as the apostle Paul so aptly put it, we are nothing (1 Corinthians 13). The church at Ephesus was praised for their many virtues — among them, their works and patience, opposition to evil, and perseverance (Revelation 2:1-7).

However, the churches at Ephesus, Pergamum, and Thyatira had been greatly influenced by Roman culture. They had allowed pagan practices in worship and followed false teachers. They had lost their “first love” of the gospel, and their initial faith had become compromised by traditions and other distractions. These churches had lost sight of their original motivation, their love of the Lord, and their desire to serve Him and others selflessly.

When God placed Adam and Eve in His garden, they were surrounded and influenced by His love. Like sheep, however, the couple sought a hole in the fence to explore what was on the other side. Curiosity: the mother of invention? Perhaps. But it was the drawing card that persuaded them to go against God’s directive.

Curiosity became the weakness in the fence surrounding the Tree of the Knowledge of Good and Evil. Eve succumbed to that weakness and Adam followed, even as future generations were destined to follow, influenced by the couple’s disobedience.

God’s perfect love had been replaced by a cheap imitation, selfish and self-seeking. The world was doomed; man had made his choice. However, God was not willing that His creation should be entirely wiped out. He made a way through the death of His Son to restore that love within us.

This love can be acquired only through the infusion of God’s Spirit. The church at Ephesus had previously possessed God’s love but had lost sight of it over time. They still performed good works, possessed patience. They had an aversion to evil but had lost that perfect love and now acted solely by rote.

Paul firmly laid it on the line when he said we are nothing without love. We can preach, teach, prophesy, work miracles and the like; but without love, it will come to naught. Other fruits of the Spirit will become stunted, undeveloped, as well. Without love, where would be our joy, and how could we experience God’s peace within? Without love for our fellow man, how could we be longsuffering, kind, good, and faithful to others? Eventually, gentleness would vanish and self-control rendered void.

Jesus said that not everyone who parrots “Lord, Lord” will enter the kingdom, but rather they who do the Father’s will (Matthew 7:13-23). Some had cast out demons and performed miracles, yet would be rejected; they had failed to produce good fruit. The verdict came down in verse 23: “depart from Me, you who practice lawlessness!” These people did things their own way and followed the doctrines of men. Lawlessness is but another step away from the first love lost to the Ephesians (Revelation 2:1-7).

In his succinct epistle, Jude reminds us that we must pursue the faith originally given to the saints and keep ourselves in the love of God (v. 21). We can grow, expand, and be colorful yet tasteless without the infusion of God’s Spirit of truth. An apple may look beautiful on the outside, but when we bite into it, we either experience a luscious taste or get surprised by its sour, woody flavor. Our fruit will leave a pleasant taste on God’s pallet when our works are motivated by His love.

Jesus identified Himself as the true Vine and His followers the branches (John 15). Because of unbelief, some Jews were cut off and the Gentiles given opportunity to be grafted in. Should the Jews recognize and accept Christ, they would be grafted back in. Conversely, any engrafted Gentile who wandered could be just as easily cut off (Romans 11, “olive tree”).

Jesus shared a parable of a man who had a fig tree planted in his vineyard. For three years, he waited for the fruit that never came. “Cut it down,” he told the keeper. “It’s useless, taking up ground that could be used for something else.” The keeper of the vineyard pleaded on behalf of the tree: “Give it another year. It there is fruit, well and good. If not, you can cut it down” (see Luke 13:6-9).

In the same way, the Keeper of our souls pleads on our behalf. He has a lot invested in our salvation and is not willing to lose us to the world.

Some of us drift through life with no moorings, wrapped in a cocoon of unawareness. If we would love as God loves, we need to be cognizant of Paul’s description of love (1 Corinthians 13:4-8). Do we have an opportunity to be puffed up? Following the course of love, we refuse to act so. Have we been treated rudely? In love, we make a conscious effort to be kind in return. Do evil thoughts entice us to entertain them? We should slam our mind’s door on such thoughts. If gossip beckons, we must turn a deaf ear. If we would seek that pure love, we must be willing to bear, believe, hope, and endure all things.

We may be highly educated and willing to die for a cause; we may help the poor but not have love. We may do good deeds for all the wrong reasons, in which case none of our activities will profit. Many opportunities to take offense will come our way. Either we sharpen our defenses against them or our senses will dull and we will succumb to the offense.

Satan will attempt to denature, or destroy, the original qualities of God’s love within us by applying the heat of peer pressure, the acidity of gossip, and/or other distractions to disrupt our spiritual health and leave us unfit for service. We must remove ourselves from situations that would tempt, drag down, and appeal to our baser nature.

Have any of us fallen victim to these vicious attacks and wish to be restored? Have we been broken off from Christ and wish to be renewed? Satan would have us say, “Let the world take over; forget God. It’s too hard to follow Christ. Live it up! Enjoy life! This is all we get. There’s no future for any of us here.” But God can and will restore us in His service. He is still able to graft us back again into Christ and use us in His orchard. Our influence can still be felt to His glory. On our own, we are destined to fail. With God’s Spirit, we will surely win.

Kitty Crockett toiled throughout the difficult Depression years in spite of opposition. We too sometimes struggle with an economy in a downward spiral and winds of political change, beaten by the storms of life, ostracized by friends and family, lonely. We don’t have to admit defeat, for the Lord Jesus is always near to help us thrive and survive the spiritual dearth all around us.

With circumstances out of her control, Kitty had to admit defeat in her fight to save the family orchard. However, the backing we need is readily available in the power and presence of the Holy Spirit. We need to be willing to step out of our “limp” and go out on a limb to further the kingdom of God.

We must not give up on the Lord. He’s not willing to give up on us. He is the root who will prune and nourish our branches and rejuvenate us through application of the Holy Spirit. Truly, we can be fruitful and flourishing at any age! 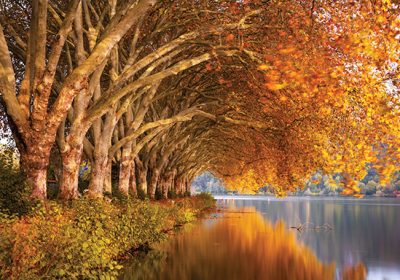 Most of us have a favorite verse of Scripture and, if asked, could tell why we like that text a lot. Could we also explain how the verses just before and after our favorite impact and help unpack its full meaning? Without revealing its location yet, I’ll tell you my favorite verse for today and […]

Peace and Goodwill — Toward All

When I heard that the Bible Advocate was spending a year on the Ministry of Reconciliation, I was thrilled. Some of my first Christian thoughts were those of reconciliation. Today, after seven years as a pastor, I still think we need to hear this message and spread it with the greatest resolve. I base my […]

Though the fig tree does not bud and there are no grapes on the vines, though the olive crop fails and the fields produce no food, though there are no sheep in the pen and no cattle in the stalls, yet I will rejoice in the Lord, I will be joyful in God my Savior […]