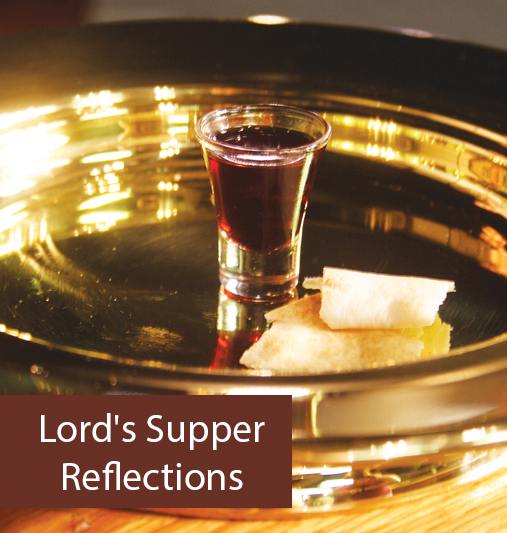 “The Lord’s Supper: The Third Cup”

As we chanted the ten plagues in triplicate, my elderly grandmother confusedly looked around the table at her family as if she were convinced that the grape juice in our cups was actually wine — of which we had all imbibed in excess.

The truth was that in an attempt to engage my young children in the symbolic context of Christ’s death and resurrection, I had invited my extended family to come together for a Seder supper.

A Seder supper is a traditional Passover meal that recounts the story of God’s deliverance of Israel from Egypt. It is essentially a scripted liturgy of worship that takes place around the intimacy of a family dining table. A Jewish tradition, the Passover Seder is a means of remembering God’s faithfulness and of passing this story down from generation to generation, engaging children and adults alike in a multi-sensory experience our faith.

However, for Christians, a Passover Seder is all of that and more. Not only is it a backdrop to the cross, it is the context of the first communion: the original Lord’s Supper.

From the first blessing to the last, the entire ceremony is a buffet of meaningful symbolism for Christians. However, it is always the bread and the cup that draw me in the most — emblems that have become so familiar to me over the years and yet retain their sacred mystery.

Three pieces of striped, pierced unleavened bread (matzah), wrapped together, lay before us at the Seder table. The middle matzah is removed, broken, and eaten.

It is the privilege of a child to ask about the matzah, “On all other nights we eat either leavened or unleavened bread. Why on this night do we eat only matzah?”

And it is the privilege of the father to explain that when God delivered His people from oppression in Egypt, there was no time to let their bread leaven. He also explains how the leaven signifies sin but that there can be no sin represented in the bread of Passover.

At our Seder, we then call attention to the bread of the Lord’s Supper — the sinless life of Jesus, striped, pierced, and broken for us.

For “While they were eating, Jesus took bread, and when he had given thanks, he broke it and gave it to his disciples, saying, ‘Take and eat; this is my body’” (Matthew 26:26, NIV).

In our contemporary view of the Lord’s Supper, there is but one cup. However, historically, there were four, each with its own blessing and its own story to tell. They represent the four “I wills” that God declared in Exodus 6:6, 7, and today they remind us of our journey as consecrated followers of Christ.

The Cup of Sanctification: “I will bring you out from under the burden of the Egyptians.”

The Cup of Judgment: “I will deliver you from their bondage.”

The Cup of Redemption: “I will . . . redeem you with an outstretched arm and with great judgments.”

The Cup of Praise: “I will take you for My people, and I will be your God.”

All four of these cups are not only part of the story of Passover but also part of our story with Christ.

Jesus and His disciples had already partaken of the first two cups and enjoyed their Passover meal. However, it was the third cup, the Cup of Redemption, that Jesus took “after the supper” and said, “This cup is the new covenant in my blood, which is poured out for you” (Luke 22:20, NIV).

But what about that fourth cup? Interestingly, it’s quite possible that Jesus did not drink from the fourth cup. Instead, after the third cup, He said, “ I tell you, I will not drink from this fruit of the vine from now on until that day when I drink it new with you in my Father’s kingdom” (Matthew 26:29, NIV).

That cup is His promise to us that He will return for us and that we will drink it together at the marriage supper of the Lamb.

And so the Seder reminds me that as I drink of the Lord’s Supper cup, I am not only remembering Christ’s covenant with us but also drinking in His promises — of sanctification from sin . . . of rescue from bondage . . . of redemption.

And of His forever promise to return and carry us over the threshold of the eternal kingdom of God.

Amber Riggs is dean of Administration and Student Affairs for LifeSpring School of Ministry. She worships with her husband, Bryan, and their four daughters with the CoG7 in Eugene, OR. Scripture quotations are from the New American Standard Bible, unless otherwise noted.