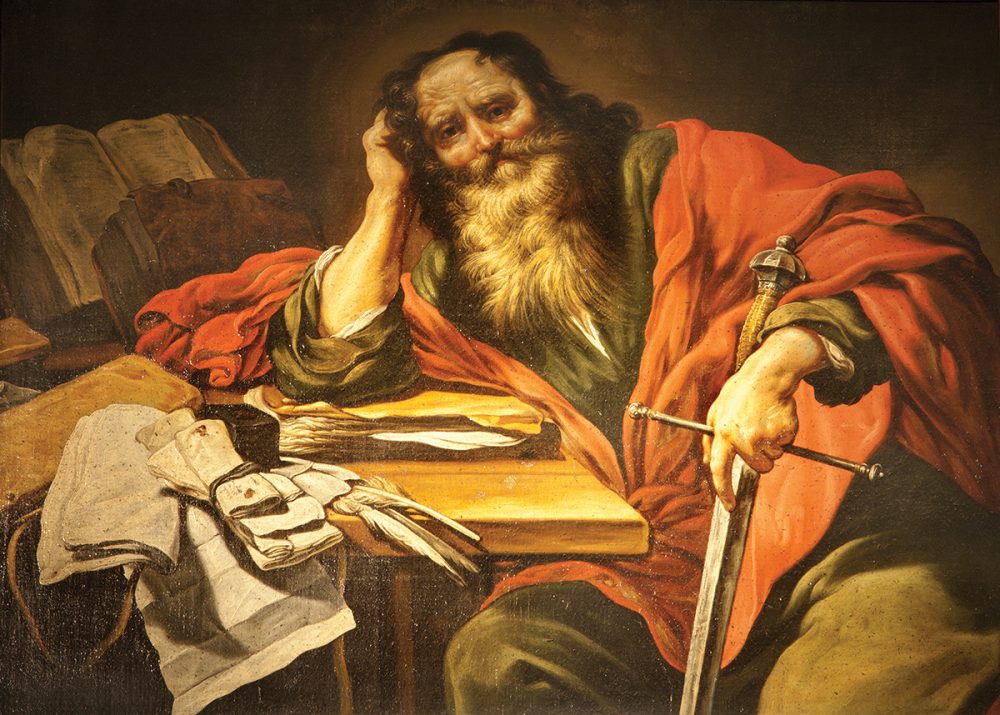 The Gospel According to Paul

It is often said that the apostle Paul changed the focus of the Christian gospel from kingdom of God, stressed in the four Gospels (Matthew 9:35), to the saving work of Christ, stressed in his epistles. But did Paul really make such a profound change within Christianity?

It is true that Paul emphasizes the atoning death and resurrection of Jesus. We can see this in his first letter to the church at Corinth, where he summarizes his teaching in these words: “For what I received I passed on to you as of first importance: that Christ died for our sins according to the Scriptures, that he was buried, that he was raised on the third day according to the Scriptures” (1 Corinthians 15:3, 4).

Yet even in these verses, often quoted as an example of “the gospel according to Paul,” we see the possibility of a broader reality in that Paul says these things are of “first importance.” In other words, Christ’s death and resurrection form the basis of other important aspects of the gospel, including the kingdom.

In fact, we need only read a little further in this same letter to see the broader picture:

For as in Adam all die, so in Christ all will be made alive. But each in turn: Christ, the firstfruits; then, when he comes, those who belong to him. Then the end will come, when he hands over the kingdom to God the Father after he has destroyed all dominion, authority and power. For he must reign until he has put all his enemies under his feet. The last enemy to be destroyed is death (vv. 22-26).

Here, Paul deftly works from the concept of death and resurrection (vv. 22, 23) to that of the kingdom rule of Christ, and then finally back to the destruction of death (v. 26). But notice that Paul collapses time in this view. He telescopes the return of Christ (“when he comes”) to directly touch the final outcome of creation (“the end”).

When we see his “goal-oriented” view of God’s kingdom, we better understand Paul’s teaching and the stress he places on Jesus himself. As he states in 1 Corinthians 15:14, “If Christ has not been raised, our preaching is useless and so is your faith.” It is clearly through this lens that Paul views the kingdom of God: There can be no kingdom without the saving work of Christ, and what Christ accomplished enables us to enter that kingdom.

In the same letter Paul tells us, “I declare to you, brothers and sisters, that flesh and blood cannot inherit the kingdom of God, nor does the perishable inherit the imperishable” (v. 50). This, of course, totally agrees with what Christ himself said in explaining the reality of God’s kingdom to the Pharisee, Nicodemus (John 3:1-21).

Paul also clearly states that those who live in wrongdoing will not inherit God’s kingdom (1 Corinthians 6:9; Galatians 5:21; Ephesians 5:5), making it evident that the kingdom was far more than an outdated concept for him, as some modern theologians claim.

So when Paul writes unequivocally that “we preach Christ crucified” (1 Corinthians 1:23) and “I resolved to know nothing while I was with you except Jesus Christ and him crucified” (2:2), we must see these statements in context. And when he calls a curse on anyone preaching another gospel (Galatians 1:8), we need not see this statement as meaning he preached Christ crucified as opposed to the kingdom of God, but as the basis of the kingdom of God.

While it is true that Paul uses the word kingdom far fewer times than did the Gospel writers, he does use it frequently (some fourteen times) in his epistles — more than Peter, James, and John in their epistles combined. And it is precisely in the context of the kingdom of God that Paul urges Timothy to preach “in view of his appearing and his kingdom” (2 Timothy 4:1). In fact, Paul goes so far as to state that those who worked with him in preaching the gospel were nothing less than “co-workers for the kingdom of God” (Colossians 4:11).

In writing this, Luke placed the preaching of the kingdom first, perhaps indicating that he considered the message of the kingdom was often in the forefront of Paul’s preaching. But the two aspects — King and kingdom — are equally part of the gospel according to Paul.