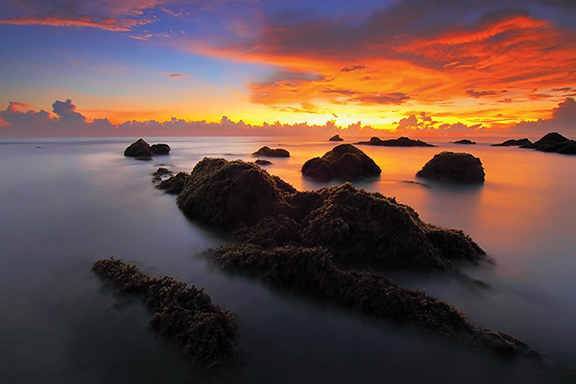 A cry arose from the throats of the milling throng: “Hosanna! He’s coming in the name of the Lord! May He be truly blessed!” Leafy tree branches and robes strewn in the roadway created a “red carpet” welcome. Children begged to be lifted higher to see this great spectacle — a Man riding on a colt of a donkey. Thoughts of Zechariah’s ancient prophecy (9:9) came to mind and precipitated the excited shouts of “Hosanna!” anticipating a government takeover and coronation of this Man. Messiah. Messiah has come. He has come to save us from this Roman oppression.

It didn’t take many days before this fickle crowd, with half-averted gaze, witnessed the crucifixion of the One they had expected to be their promised king. Yet another disappointment! God had forgotten His people, and hope lay dying in the streets.

Many of them had witnessed John’s earlier cry from the wilderness: “Prepare the way of the Lord!” Appareled in camel’s hair and with unkempt beard, the man had spoken of repentance and commitment, and warned of wrath to come if they changed not from their evil ways. Many had been present when Jesus approached John with a request for baptism. They had seen the dove descend upon Him and heard the voice from heaven declaring His Sonship. Some of them had even followed His example, gone down into the waters of the Jordan, and submitted to the rite as well. Had it been all for naught?

But on the Day of Pentecost, just after that fateful Passover execution of Jesus, crowds from every nation milled in the streets again. This time they were attracted to Peter, who declared that the Man they had crucified was indeed alive and well, that God had raised Him from the dead. Thousands heeded the day’s appeal for repentance and baptism into the risen Christ. And hope was renewed!

Christ-directed hope is the story of Scripture.

From the beauty and serenity of the bountiful garden, Adam and his wife were ousted because of their disobedience to the Creator. Bereft of that relationship and realizing too late how precious it had been, they were encouraged when God held out an olive branch of promise: “And I will put enmity between you [the serpent] and the woman, and between your seed and her Seed; He shall bruise your head, and you shall bruise His heel” (Genesis 3:15). The controversy between good and evil brought on by sin would culminate in the Seed of the woman winning the final conflict. Hope lifted up its head.

Life went on. Generations came, departed, and others followed. God saw that the people had become full of depravity to the point of no return. In this darkness, He found one man, Noah, who became God’s preacher of righteousness, begging folks to repent of their evil ways. Decades passed as Noah built an ark of gopher wood per God’s blueprint. In this craft, he and his family (eight persons), plus a sampling of all creatures upon the earth, were saved from a great flood that encompassed the entire globe.

When the waters receded and the earth was dried, they emerged into a world washed fresh and clean, with a rainbow promise to never flood the entire earth again. God’s earlier instruction to Adam was repeated to Noah: “Multiply and fill the earth.” A new beginning, and hope sprang to the challenge.

The seed, corrupted in Eden’s garden, once more produced evil. But Abraham caught God’s eye, and God called him to become a father of a people that would serve Him. Abraham believed, and hope endured. But Abraham was informed that four hundred years of captivity awaited his descendants, at which time deliverance would come. Under the leadership of Moses and Aaron, cruel Egyptian captivity was left behind, and hope was restored.

There followed the long, disjointed history of Israel that alternated between disobedience and subservience to the Creator God. Through Judges and Kings, Bible history relates the yoyo effect of their trust and disobedience. Israel’s greatest king, David, led well and sang often of hope: “And now, Lord, what do I wait for? My hope is in You” (Psalm 39:7). But sin still lurked among the Israelites, as well as forgetfulness.

God sent prophets who reminded His people of their calling. The prophets warned of wrath to come but also issued a promise of a coming Messiah, the son of David, to bring salvation.

For unto us a Child is born, unto us a Son is given; and the government will be upon His shoulder. And His name will be called Wonderful, Counselor, Mighty God, Everlasting Father, Prince of Peace (Isaiah 9:6).

This future King would be born in Bethlehem and become “Ruler in Israel, whose goings forth are from of old, from everlasting” (Micah 5:2). For those who paid heed, hope was indeed renewed. Hope in Messiah.

Many maidens in Israel hoped they might be the chosen to bear the promised Child (Isaiah 7:14). Two such women of hope are forever remembered in the annuls of history. Elizabeth, barren wife of the priest Zacharias, was privileged to bear John, the forerunner of Jesus. And Mary, an espoused virgin, through the empowerment of the Holy Spirit, brought forth the Christ Child (Luke 1-2). Hope was realized, but maybe not as they expected.

Jesus fulfilled multiple prophecies through His birth, life, ministry, rejection, death, and resurrection. Following His death, many people were disconsolate, including the disciples. But His resurrection and appearances more than rejuvenated them.

But where was hope taking them? Still at loose ends, Peter said, “I’m going fishing” — back to the only trade he knew prior to meeting the Master — and the others went along. Jesus met them at the lakeshore, where He had breakfast cooking over an open fire. On a mountain nearby, He gave them the commission to go and teach all nations concerning Him and salvation. Forty days following the Resurrection, the disciples witnessed His ascension into the clouds and thus into heaven. Jesus left them with the promise to return and set up His kingdom. This gave them a resurgence of hope.

Persecution arose and, as a result, Christians spread over the entire known world. Peter wrote to those of the Dispersion to remain faithful. Through the resurrection of Christ and in His mercy, God had “begotten us again to a living hope” (1 Peter 1:3). Believers were no longer under the curse of illegitimate birth that led to death under Satan’s regime. Instead, they were kept by God’s power through faith and hope in the One who was ordained before the foundation of the world. The prophets of old knew that they spoke of things yet future — things to be revealed according to God’s own timetable. Peter went on to say that the Father had an incorruptible inheritance on hold for each of those who held onto that hope.

The same message is for us today. Our trials will seem as nothing compared with the glory awaiting us. Well over two thousand years have transpired since the promise was made. Time has evoked a lack of interest, blind false teachers leading the blind, a world in disarray, helpless and hopeless. Indeed Jesus wondered if, when He came, He would find faith on the earth (Luke 18:8).

However, all is not lost. A lamp of truth still shines out of the darkness. The faithful few still await His coming with great expectancy, holding on to hope.

Jesus keeps His promises; He will come. He will return in the clouds, even as the disciples saw Him leave (Acts 1:11). Our duty — nay, our privilege — is to watch and be ready to meet Him. Do we busy ourselves with amassing money, planning for retirement and all the fun trips we will take? Do we view Christ’s coming as something far future, something we can deal with, one day, after we have accomplished our dreams of wealth, health, and happiness in the here and now?

One hope! The same Messianic thread of hope held out in the Garden of Eden has never been cut and is held out to each one of us today. Hold on to hope in Christ — that single, strong, enduring thread of eternity spun before the beginning of time that reaches out and takes us to the promise.

Though the fig tree does not bud and there are no grapes on the vines, though the olive crop fails and the fields produce no food, though there are no sheep in the pen and no cattle in the stalls, yet I will rejoice in the Lord, I will be joyful in God my Savior […]

The War of 1812 between Great Britain and the United States ended when the nations made peace in Ghent, Belgium, on December 24, 1814. However, news traveled slowly across oceans in those days, and the bloodiest engagement of the war — the Battle of New Orleans — took place January 8, 1815. Although the war […] 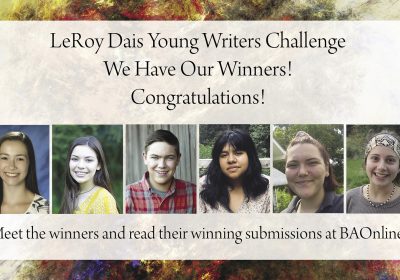 The Winners! We are excited to announce the winners of the LeRoy Dais Young Writers Challenge.  In first place, and published in the Nov-Dec issue, is a tie that goes to the brother and sister duo of Elise (14) and Micah Keim (16). They are the children of Jason and Amanda Keim of the Hammondville, […]