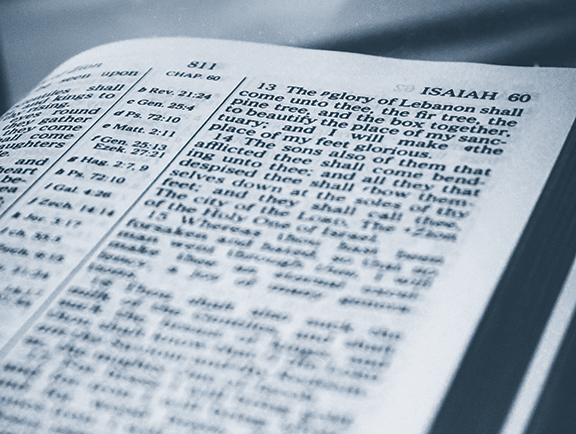 The first book of the Bible, Genesis, contains occasional prophetic statements scattered like seeds throughout its chapters. Revelation, the Bible’s last book, reveals the great flowering of God’s prophetic message. Between these two books we see the gradual growth of prophecy — part of what theologians refer to as progressive revelation. God did not have all the facts of His plan for humanity recorded in the beginning, but He has added details to the prophetic picture throughout the centuries and through successive biblical books (Hebrews 1:1, 2).

As a result, if we look carefully at many prophetic verses, we find additional information given as time goes on, expanding the prophecy like the growth rings of a tree. Even seemingly unique or isolated prophetic books, such as Jonah, are part of this development, reaching forward to future times through the ongoing addition of further layers of detail (Nahum 1; Matthew 12:39-41). Like other types of Scripture, prophecy is given “here a little, there a little” (Isaiah 28:10, ESV), and individual prophecies may contain many reflections of earlier and later revelations. So how do we connect these scattered prophetic messages?

You can use an effective tool to help “connect the dots”: the body of cross-references included in the margins or center reference column of your Bible. But many of us don’t use this aid or don’t use it as effectively as we could. Let’s look at the book of Revelation to understand this “power tool” in action.

Revelation quotes the Old Testament hundreds of times (estimated 550-850 times, depending on whether only direct quotations or allusions are counted). Seen another way, of the 404 verses in Revelation, some 278 of them (almost 70 percent) make clear reference to the Old Testament, and some of those many verses actually contain two, or even three, Old Testament references. While Revelation quotes or alludes to 24 of the 39 books in the Old Testament, most of the allusions come from the prophetic books, especially Isaiah, Ezekiel, Daniel, and Zechariah. That’s where the cross-references of your Bible come into play.

Take, for example, John’s vision of a “new heaven and a new earth” (Revelation 21), which most cross-references compare with many of the statements in Isaiah chapter 60 (see sidebar). By comparing the Old Testament and New Testament prophecies, we see that the apostle John’s statements were actually part of a continuing inspired prophetic tradition. John adds many details to the prophetic picture, but looking back at the earlier references can also provide more context for the later prophecies.

Looking at these combined verses, the similarities between Isaiah’s vision and that of John become clear. Despite slightly differing details of order and wording, by using the cross-references for the verses in either book, we can piece them together and see how closely John’s vision matches that of Isaiah.

In fact, the correspondences between these two chapters are so similar, some skeptics claim that John “copied” Isaiah. But this is unrealistic — not only because John knew many of his readers would be familiar with the book of Isaiah, but also because his vision contains so many details that are additional to, and independent of, what Isaiah wrote. It is as if both prophets were given similar visions, but John was given a clearer picture with more details, which fits the overall principle of progressive revelation that we find throughout the Bible.

The principle of progressive revelation is clear. Carefully comparing Old and New Testament parallels (or parallels between books in the same testament) by using cross-references can help us better understand all the relevant verses of a given prophecy — just as we can better understand Isaiah through Revelation, and vice versa.

So why not dust off that study tool you have ignored for a while, and put it to work!