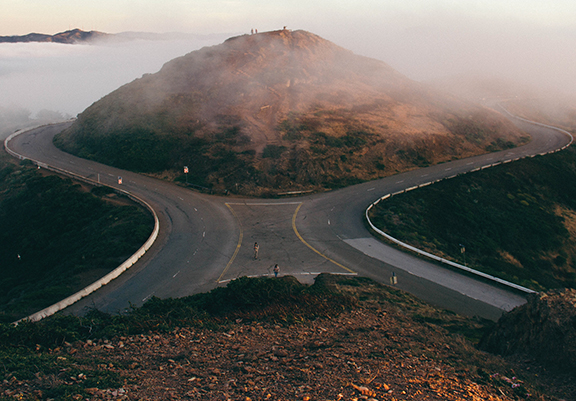 How Isaiah Delivered the News

When Jerusalem lay under the shadow of the brutal Assyrian Empire, which had already conquered the northern tribes of Israel, the prophet Isaiah was given the difficult task of taking bad news, as well as good news, to the people of Judah. The book of Isaiah not only records those messages but also shows us an important aspect of how they were delivered.

Sons of the prophet

After an introduction of Isaiah’s calling and commission, the seventh chapter of this book shows the actual messages delivered by Isaiah, and the prophet’s two sons are introduced. Isaiah’s firstborn son was called Shear-Jashub, meaning “A remnant shall return” (Isaiah 7:3). His second son, introduced a little later, was named Maher-Shalal-Hash-Baz, meaning “Pillage quickly, plunder quickly” (8:3). In modern terms, these two sons might be said to represent good news and bad news.

At the beginning of the prophet’s work, God instructed Isaiah to take Shear-Jashub (good news) with him to meet Judah’s ruler, Ahab. He was to prophesy to the king regarding an impending invasion of Judah by two local Syrian kings (7:3). The prophet began, “Be careful, keep calm and don’t be afraid. Do not lose heart . . .” (v. 4).

Isaiah doubtless introduced Shear-Jashub to the king, considering the meaning of his first son’s name was one of hope, like the prophet’s initial message. Only after this encouragement did Isaiah introduce the bad news that if Judah continued in her rebellious ways, God would bring the Assyrians upon her (vv. 17, 20). This bad news would be symbolized in Isaiah’s second son, Maher-Shalal-Hash-Baz, whose name was tied directly to God’s coming judgment (8:7).

Both sons were part of Isaiah’s message: “Here am I, and the children the Lord has given me. We are signs and symbols in Israel from the Lord Almighty . . .” (v. 18, emphasis added here and in the scriptures below). God directed the order of the two sons’ roles. Just as the good news of hope and eventual return from captivity was delivered first with “A remnant shall return,” the second, cautionary part of Isaiah’s message was symbolized by his second son: “Pillage quickly, plunder quickly.”

This duality of the prophet’s message is seen throughout the book of Isaiah in the successive good oracles and bad oracles, given in a continuing cycle of bad news preceded by positive news and encouragement. Repeatedly, God established His fatherly role and love for His children before addressing their sins and problems (1:2, 4-17, etc.). Then, after enumerating some of Judah’s sins, God gave a positive message again before emphasizing more problems (1:18, 19, 20-31, etc.). Time and again we are given the good news before the bad — even in individual verses: “Zion will be delivered with justice, her penitent ones with righteousness. But rebels and sinners will both be broken, and those who forsake the Lord will perish” (1:27, 28).

These differing prophecies refer to the first and second coming of the Messiah, of course. The good news of the One who would gently help the poor and those in need at His first coming (11:4a; compare Matthew 11:5) is followed by the news regarding the unrepentant: “He will strike the earth with the rod of his mouth” at His second coming (Isaiah 11:4b; compare Revelation 19:15).

We understand, of course, that Jesus did judge some situations at His first coming (Isaiah 11:3; John 8:15, 16) and that His second coming will eventually lead to universal restoration (Isaiah 35:6; Revelation 22:2). But the stress of Christ’s two roles at His first and second advent, as seen in Isaiah’s prophecies, fits the same pattern we see in the symbolism of the prophet’s sons and his oracles to the nations: first encouragement, then judgment.

Isaiah, then, was sent “to proclaim the year of the Lord’s favor and the day of vengeance of our God . . .” (Isaiah 61:2). Because the prophet’s book is long, with numerous insights into the way the prophet delivered his messages, we gain a clear view of this good news/bad news principle absent in the works of other prophets that often have less context, and are therefore often seen as prophets of “doom and gloom.” But many biblical scholars feel that the principle of delivering good and then bad news, like that of blessing and cursing (Deuteronomy 28), may have been followed by other prophets in their preaching. Perhaps we see an allusion to this in the words of Christ himself: “Jerusalem, Jerusalem, you who kill the prophets and stone those sent to you, how often I have longed to gather your children together . . . and you were not willing” (Matthew 23:37). This clearly indicates God had spoken loving messages of hope and reconciliation through His prophets, as well as words of threatened punishment.

Perhaps we can apply this principle in how we share the truth with others. Isaiah’s approach argues against any presentation of the gospel only in terms of “Repent, the end is near.” Certainly we can learn from the format of Isaiah’s messages. It reminds us it is not just the news we deliver that is important; it is also how we deliver it.