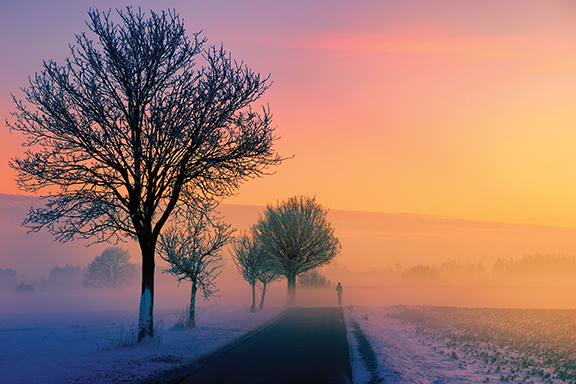 Tuba players can be difficult neighbors. Denise discovered this firsthand as a property manager for an apartment complex. “He just didn’t understand that he shouldn’t play his tuba at two o’clock in the morning.”

Of course, situations like this tend to escalate quickly. Neighbor A (the tuba player) wakes Neighbor B. Neighbor B parks in Neighbor A’s parking space. Neighbor A plays longer and louder the next night. That sort of thing.

It didn’t faze Denise. She enjoyed sitting down with both neighbors and mediating their dispute. She loved helping them reconcile with one another. She delighted in making them partners in establishing a peaceful neighborhood.

Being a Christian is all about being in partnership with God. In fact, each time God initiated a covenant with humanity, it was a partnership with a specific purpose in mind. From the first partnership in the Garden of Eden, God’s goal was clear: men and women spreading His kingdom by reflecting His character and ways, until God’s peace covers the entire neighborhood of earth. Since that first partnership failed, every subsequent one has aimed to get that goal back on track.

For Noah, Abraham, Sarah, Moses, and the Israelites, being in covenant with God indicated one thing: They all wanted what God wanted. They wanted to see God’s glory fill the earth. And they wanted to be part of making that happen. When Jesus invited His disciples into the new covenant, it indicated the next stage of this partnership. Jesus made it possible for humanity to be re-created in God’s image, to reflect God’s character and ways from the inside-out power of His Spirit, rather than the outer clothing of laws.

What’s more, this new partnership is available to everyone on earth. With and through these covenant partners, God is renewing creation as His presence gradually spreads throughout the entire earth. Eventually, Christ will return, put the finishing touches on this work, vanquish all evil, obliterate the chaos of sea and darkness, grant His partners eternal life, and live with us on a renewed earth — His forever home.

The apostle Paul described the new partnership this way:

If anyone is in Christ, the new creation has come. The old has gone, the new is here! All this is from God, who reconciled us to himself through Christ and gave us the ministry of reconciliation (2 Corinthians 5:17, 18, NIV).

This language of reconciliation is revealing. Reconciliation indicates replacing hostility with partnership. To be hostile toward someone is to be at odds with them, but to be reconciled is to want the same thing they want. Every single one of us was born at odds with God. As sons of Adam and daughters of Eve, we want to do things our way and not God’s way. Therefore, by nature, we are hostile to God. By nature, we reflect selfish desires into this world that go against God’s desires for this world. Coming into covenant with God, we renounce this. When we enter into Christ’s body and invite His body and blood into ours, He begins transforming our desires into His. That’s reconciliation.

Reconciled to God’s desires, we get to partner with Him in bringing about even more reconciliation. This includes restoring spirited, embodied souls to the purpose of bringing the systems of this world into alignment with God and His ways. However, all of this reconciliation has one thing in common: It is accomplished by abandoning our hostility.

There is a difference between working with God to put things right and pursuing a rightness shaped by our own desires and means. The first is justice; the second is often vindictiveness.

Let’s say someone commits a crime. Godly justice protects past and prospective victims by removing the offender from society, but it also gives the perpetrator a chance to come face-to-face with the need for repentance and personal restoration. Vindictiveness, however, hopes they will rot in jail after being a victim of crime themselves.

Hostility can also be less subtle. It can come through biting words and baiting words. Name-calling. Trying to put someone in their place and make them feel small. Passive aggression. Making it more difficult for someone to do their job. Reconciliation, on the other hand, invites them to explore new ways of thinking and interacting. If we want to help someone become reconciled to God, we first have to start wanting what God wants for them. This begins with releasing our hopes of payback that they will “get what they deserve.”

Yes, if someone is hostile to God, they will be hostile to us. However, we don’t invite one another to reconciliation by reciprocating that hostility. After all, it is a well-known observation that when a human perceives an attack, whether physical or verbal, we fight, flee, or freeze. Partnering with Christ, we get to be the ones who break this cycle. Instead of hostility, we can respond with the ambassadorial hospitality of God’s new creation — partners with God, reflecting His character and ways.

Hostility makes itself known even in Christian circles. Our tuba-like blats disturb the peace in our families, our churches, and our workplaces. Words we may not hear spoken aloud make their way onto social media newsfeeds. Sometimes it’s obvious; sometimes it’s subtle. But it’s often present.

Regardless of your sphere of influence, you have the power not only to practice peace but also to teach it. How might this teaching impact our congregations? Our children? What difference would it make if we more intentionally responded to this hostility with the hospitality of Christ? What arguments might be diffused? What relationships restored?

Together, we can partner with Christ in spreading God’s kingdom by reflecting His character and ways, until His glory covers the entire earth.

Why Your Church Needs a Team of Leaders Next post