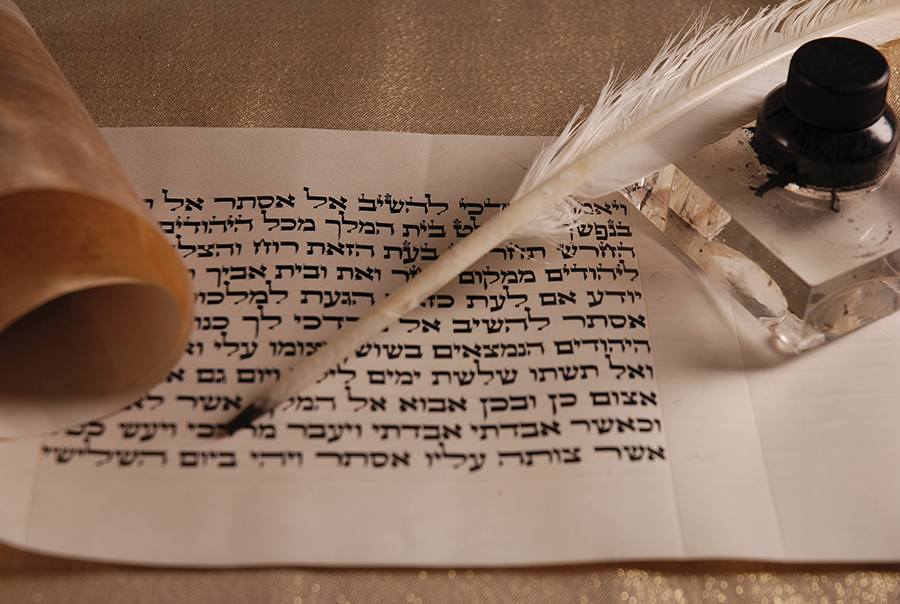 Pen in hand and a fresh scroll in front of him, Luke assayed to address his longtime acquaintance, Theophilus, concerning the strange happenings in the last while. Where to begin?

Though not an eyewitness, Luke had numerous contacts with those who were, along with an accurate knowledge of historical events that reinforced the veracity of his words. This beloved physician was equally at ease with people in all levels of society.

A Greek from Syrian Antioch, Luke felt it important to vindicate his fellow Christians and to convince their Roman rulers that they had no evil intent toward them. He determined to accurately report events as a permanent record for Theophilus and future readers, events that tied Jesus to history: His miracles, mission, and message. Luke wished to set the record straight, and, as details of past events paraded the strand of his mind, he bent to the task at hand.

Luke faithfully recorded important events in Jesus’ life: from the angel’s news to Mary before His birth (“that Holy One who is to be born will be called the Son of God”) to Jesus’ trial before the elders of the people: “Then they all said, ‘Are You then the Son of God?’ So He said to them, ‘You rightly say that I am’” (Luke 1:35; 22:70).

Jesus was indeed the Son of God!

Luke documented Pilate’s willingness to release Jesus as the Passover custom dictated. However, incited by Jewish leaders, the people demanded that Jesus be crucified. Three single poles were outlined against the skyline. At the third hour, the crosspieces, with the prisoners nailed or roped thereto, were raised and attached to the poles. A placard, inscribed with the words of Pilate and affixed to the center cross, declared: “THIS IS THE KING OF THE JEWS” (23:38).

The crowd went wild. Some cheered; others wept! Many mocked. Jesus prayed: “Father, forgive them, for they do not know what they do” (v. 34). Throughout the ensuing hours, a volley of taunts were thrown at Jesus.

Jesus did not come to save Himself but to give Himself.

From the sixth to the ninth hour, darkness — so dense one could feel it — covered all the earth. An eerie silence pervaded the scene for three long hours. Then Jesus cried out to heaven, “Father, into Your hands I commit My spirit” (v. 46).

It is finished! And He breathed His last. The temple curtain dividing the Holy and Holy of Holies was torn asunder by invisible hands, thus removing the barrier between man and God and announcing Jesus’ loving act of redemption.

This event is significant. The glory of the old covenant reflected so brightly on Moses’ face that the Jews were afraid to go near him. Hence, he wore a veil except when communing with God. With the veil of the temple ripped in two, the law as written on stone was figuratively shattered (2 Corinthians 3).

The old covenant, now new, had been revitalized from a ministry of death to a ministry of righteousness written on our hearts and minds. Motivated by the light of the gospel and the presence of the Spirit, we come to Christ in faith and receive salvation by grace. We are now endowed with the righteousness of Christ, even as Abraham “believed in the Lord, and He accounted it to him for righteousness” (Genesis 15:6). Thus, reconciliation was effected between man and God through the atoning blood of Christ.

On Preparation Day for the Passover Sabbath, Jesus made the supreme sacrifice for us all. That precious Lamb of God, figuratively slain from the foundation of the world, had now been literally slain for the sins of the world — the defining moment in history that affects us all.

However, the Jews as a whole still labor under the shadow of the old covenant of condemnation, unaware that “He made Him who knew no sin to be sin for us, that we might become the righteousness of God in Him” (2 Corinthians 5:21). The veil is yet to be lifted from their eyes (3:15; cf. Romans 10:1-4).

Luke concluded his Gospel by reporting the Resurrection and Ascension. The Comforter would come and write the laws of God on their hearts and plant them in their minds. For now, they had to await the Spirit’s coming, then go out to share the gospel message. They had to carry the good news to their own people, then on to the ends of the earth. And the disciples headed back to Jerusalem, content in the knowledge that they would see Jesus again.

Remember and reflect on Jesus and this defining moment for history.

Why We Need Administration in Church Ministries Previous post