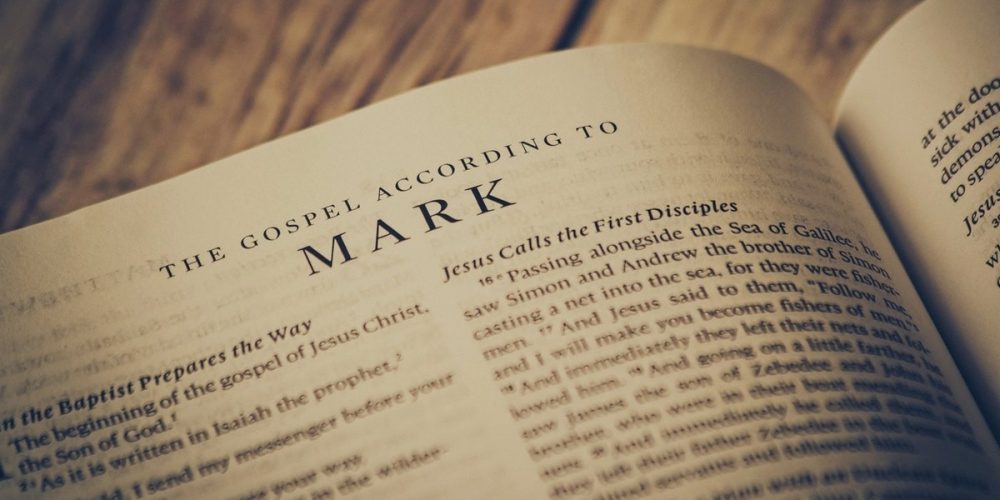 From its declaration that “the Word was God” to Thomas’ worship of Jesus as “My Lord and my God!” John’s Gospel proclaims a majestically high Christology. Indeed, many people have seen in John a Christology that finds no parallel in the other Gospels. 1 For them, John’s logos and incarnational thought and his explicit portrayal of Jesus’ divinity is juxtaposed with the less exalted portraits of Jesus in the Synoptic Gospels. 2 To put it simply, “If Jesus was as He is depicted in Matthew and Mark and Luke, He cannot have been as He is depicted in John. The two are incompatible.” 3

The purpose of this series is to explore the Christology of all four Gospels and determine if there is indeed such a rift between John and the Synoptic Gospels.

A Brief Note on Scope

Before we begin our exploration, let us first discuss the scope of this series. Unfortunately, we will not be able to survey all of the Christological motifs in the gospels 4, so we will limit ourselves to the depiction of Jesus in the opening scenes of each. While all four evangelists approach Jesus’ coming into the world from a unique perspective, they all connect his entry into human history with the ministry of John the Baptist, culminating in their encounter at the Jordan.

For now, we must put aside various questions in the text including authorship, audience, historicity, textual variants, and the Synoptic Problem. These, and other issues, will only be considered when they directly impact the question, “Do the Synoptics as we currently have them present Jesus in the highest Christological terms from the outset or is this a unique feature of John’s Gospel?” This four-part series will answer this question by surveying the gospels in the order in which they were likely written (Mark, Matthew, Luke, John 5) and conclude with an integration of our findings.

The Gospel of Mark

Despite the importance of the “messianic secret” for the players in Mark’s gospel, his concern for the audience is that they recognize Jesus as the Christ, the Son of God. This is clear from his opening lines, “The beginning of the gospel of Jesus Christ, the Son of God,” (Mark 1:1) to Peter’s confession, “You are the Christ,” (Mark 8:29) to the declaration of the centurion at the cross, “Truly this man was the Son of God!” (Mark 15:39) As an evangelist, Mark is concerned with relating the life of Jesus of Nazareth; as a theologian, he identifies Jesus positively as “Lord of the Church and Son of God”. 6 His focus at the outset is on his task as theologian, and in highly exalted terms he thrusts Jesus into human history. Mark is not concerned with Jesus’ birth, youth, or family background but commences with a majestic title and the Baptist’s preparatory ministry. 7

Mark makes careful use of the few words of his gospel, filling them with theological import. His title, “The beginning of the gospel of Jesus Christ, the Son of God,” (Mark 1:1) is no exception. Theologian Ernst Lohmeyer believes Mark harks back to Genesis by opening his gospel with “Beginning” arche. 8 Such a phrase arrests our attention, suggesting that a new era has dawned. This new era promises “good news” euanggelion that ushers in a “new situation for the world.” 9

The good news is about “Jesus Christ”, a name and title pregnant with meaning. Unlike the other evangelists Mark does not explicitly connect Jesus’ ministry with the removal of sins 10 at this early point in his gospel, however, we should not miss the implicit reference given in Jesus’ name itself 11 which means, literally, “Yahweh is salvation.” 12 In itself the name is not necessarily significant 13 however in the light of Jewish history and the remainder of what is revealed throughout Mark the reader can hear in the name of Jesus echoes of Matthew 1:21, “He will save His people from their sins.”

Christ/Messiah means literally “anointed one” and should be understood here as a designation referring to a coming king, anointed by God, from the house of David. 14 Jewish expectation of a coming Messiah in Jesus’ time was prevalent. 15 While the Old Testament mentioned many “anointed ones”(kings, priests, etc.) an evolution in Jewish expectation had occurred during the inter-testamental period. By Jesus’ time the messianic hope for many had coalesced around a single kingly figure, anointed by God to rescue His people. 16 Mark’s claim should be understood in these exclusive terms. Jesus is the Messiah.

To this point Mark has introduced Jesus in exalted terms that could stand alone, as they do in some manuscripts. However, others complete the title with, “the Son of God.” Given textual and contextual considerations we opt for the view that “Son of God” should be retained as integral to the opening lines of the gospel 17 that serve—not only as a title—but as a summary of its content.

New Testament scholar Donald Juel asserts that Mark gives us his most explicit identification of Jesus in this title. 18 Jesus is the Messiah, but He is more. He is the Messiah who is uniquely the Son of God. Lohmeyer summarizes the implications of Jesus’ divine Sonship for Mark, “The Son of God is not primarily a human but a divine figure…He is not merely endowed with the power of God, but is himself divine as to his nature; not only are his word and his work divine, but his essence also.” 19 Lohmeyer’s claim captures the essence of what is communicated about Jesus as “Son of God” throughout the gospel. 20

We will speak more of the Baptist’s ministry in our treatment of the other gospels, suffice to say that in Mark’s mind John bears the mantle of Isaiah in preparing the way of the LORD. 21 John’s proclamation “announces the coming of the Messiah who introduces the new age of redemption promised through the prophets.” 22 To put it simply, John must “make a road for God.” 23 In the Old Testament the way was prepared for “the LORD” 24, here John is preparing the way for the One would come to be known as Lord 25 of the church. 26

John’s appearance in Israel as a prophet was a spectacular event, breaking nearly four hundred years of God’s prophetic silence. Yet his task—vital and urgent as it was—was infinitely less valuable than the One he preceded. 27 This One is mightier and performs an infinitely superior baptism (Mark 1:7-8). John places himself in drastic juxtaposition to this One by stating his unworthiness to loose His sandals. 28

By the time Jesus arrives at the Jordan He has been proclaimed by the evangelist as Messiah, the Son of God, and by John as the mighty baptizer in the Holy Spirit, the divine emissary for whom God has sent John to prepare the way. In order to climax this opening scene One above the evangelist and the Baptist must speak. 29 As Jesus comes up out of the waters of baptism the heavens are torn apart and the Spirit of God descends as a dove. 30 God’s voice 31 is heard from heaven speaking to Jesus, “You are my beloved Son, in You I am well-pleased.” (Mark 1:11)

The address from heaven is drawn from several Old Testament texts 32 and is intended to communicate not only Jesus’ identity as the promised Davidic Messiah/king, but the special relationship between Father and Son. 33 “Beloved Son”, a present indicative, expresses “an eternal and essential relationship” while the aorist indicative, “in whom I am well pleased” refers to God’s pleasure in Jesus’ current actions. 34 Thus we should interpret “Beloved Son” in “the highest sense, transcending messiahship.” 35 Understood against their Hebraic background the events at the baptism are intended to convey to the reader Jesus’ supernatural origin. 36

The climax of Mark’s introduction of Jesus reminds us of his opening words, this is “the gospel of Jesus the Christ, the Son of God.” Mark’s Christology, while clearly exalted, is also implicitly incarnational. Jesus is a man—from Nazareth in Galilee of all places!—and yet He is the Beloved Son of God. In short order Jesus will heal the sick and cast out demons (Mark 1:32-34), forgive sins (Mark 2:5), claim Lordship over the Sabbath (Mark 2:28),control nature (Mark 4:35-41), receive worship (Mark 5:6), feed multitudes (Mark 6:30-44), walk on water (Mark 6:45-52), and rise from the dead (Mark 16:6). Jesus does that which only God has the power and authority to do and receives the titles and accolades that God alone deserves.