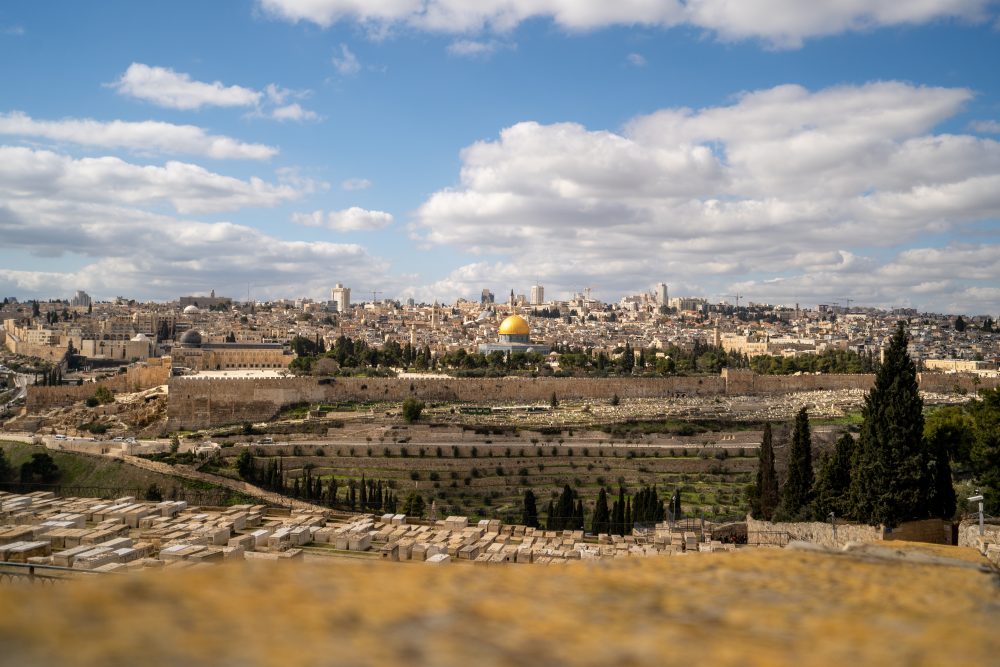 By the time Jesus began His public ministry, Judaism had morphed into a legalistic system of do’s and don’ts. Its purveyors were far more concerned about external performance than a personal relationship with God. For this reason, Jesus needed someone who would penetrate that system in preparing the way for His new ministry of truth and grace.

God provided such a person in the man we know in Scripture as John the Baptist. In announcing his birth, the angel declared, “As it is written in the book of the words of Isaiah the prophet, saying: “The voice of one crying in the wilderness: ‘Prepare the way of the Lord’” (Luke 3:4).

This hints at John’s unique personality and ministry style. Simply stated, he would be no ordinary preacher. Mark’s description of John paints the picture of an austere individual, out of sync with his contemporary culture: “Now John was clothed with camel’s hair and with a leather belt around his waist, and he ate locusts and wild honey” (Mark 1:6).

Lessons from John’s Life and Ministry

That it was around this weird personality that the message of the kingdom took shape, is instructive, especially in today’s success celebrity-driven world. So, let’s consider some of the lessons that emerge from John’s life and ministry, which, for a play on words, I’m calling “the Baptist way.”

John’s disinterest in the ministry spotlight, noted in where he set up his preaching post, supplies the first lesson. His hangout was a remote region near the Jordan, not the center of Jewish life and culture in Jerusalem.

We glean from this that location isn’t everything. Thanks to the modern church growth movement, what used to be a real estate slogan has come to be a mantra of contemporary Christians fixated on ministry success.

But successful ministry isn’t only about location, as the people’s response to John’s preaching shows. Many from the surrounding regions flocked to the wilderness to hear John’s message (see Matthew 3:5).

A Radical Message of Repentance

Just as instructive as where John preached is what he preached. To religious Jews caught up with the ritualistic demands of the Mosaic Law, John dared to deliver a radical message of repentance (see Luke 3:7-17). Amazingly, many responded and were baptized—a ceremony usually reserved for Gentiles.

Does one have to chase after the latest fads and trends in order to be effective in ministry? Apparently, the answer is no.

To be clear, this isn’t meant to encourage counter-culturalism. God sent Jesus into the world within the context of a particular race and culture, so we know that the gospel isn’t anti-culture.

Rather, the gospel transcends culture, evidenced by Jesus’ ministry across racial and socio-economic boundaries. Knowing this releases us from the pressure to conform to culture, and frees us to engage it for the cause of the gospel.

The Boldness of John’s Ministry

A closely related lesson emerges from John’s message of repentance. Challenging the religious elite requires straight talk about sin and empty religion, which John delivered with a prophetic voice, caring not for political correctness.

Using phrases such as “brood of vipers” and “a bunch of snakes,” and demanding from those who came to be baptized, “Who has warned you to flee from the coming wrath?” John made it abundantly clear that he wasn’t selling fire insurance or offering a mere religious experience, and spiritual fruit is the evidence of genuine repentance.

Leaders need not speak with a sharp tongue all the time, but effective leadership involves a willingness to speak boldly when necessary. In our day of guilt-free religion and feel-good theology, we have much to learn from the boldness of John’s ministry.

The Central Focus of John’s Ministry

Most important, we note that the central focus of John’s ministry was Jesus: “I indeed baptize you with water unto repentance, but He who is coming after me is mightier than I, whose sandals I am not worthy to carry” (Matt. 3:11).

Those who called John’s attention to the fact that the crowds were turning their attention to Jesus likely expected John to react like leaders typically do. His seeming delight in what was happening (John 3:27-30) must have confused them. For John, the people turning to Jesus meant mission accomplished!

Finally, it is of no small significance that John’s life ended in prison, where he was beheaded for speaking truth to power. He knew the risk involved in confronting Herod about his immoral lifestyle, for Herod was known to be notoriously wicked. But he did it anyway, for it was the right thing to do (see Matthew 14:1-12).

The moral imperative to speak up for what’s right, especially those in ruling authority, has never been more pressing. John did this without care for his ratings or the latest opinion poll and paid with his very life.

Leadership at Its Best

This may not be an encouraging prospect, but it is integral to John’s story, and it offers a timeless lesson about the cost of discipleship. This is leadership at its best, where the rubber meets the road. This is courage on display, the kind a leader cannot fake.

So, if you’re looking for a simple strategy for supplying fresh energy and insights to your leadership quotient, try “the Baptist way.”

In a nutshell, it’s about being a voice preparing the way for Jesus. Not seeking the spotlight; not fixated on ministry success or chasing the latest fads and trends. It’s living free from the pressure to conform to culture, while being free to engage culture for the cause of the gospel.

It’s the willingness to speak boldly when necessary, challenging people beyond their religious comfort zones, intentionally keeping the focus on Jesus and being totally comfortable playing second fiddle. It’s audacity to speak truth to power, no matter the cost.

It’s not being people-driven, just living and serving as a called leader with an unwavering sense of purpose and courage. This is ministry, “the Baptist way.”