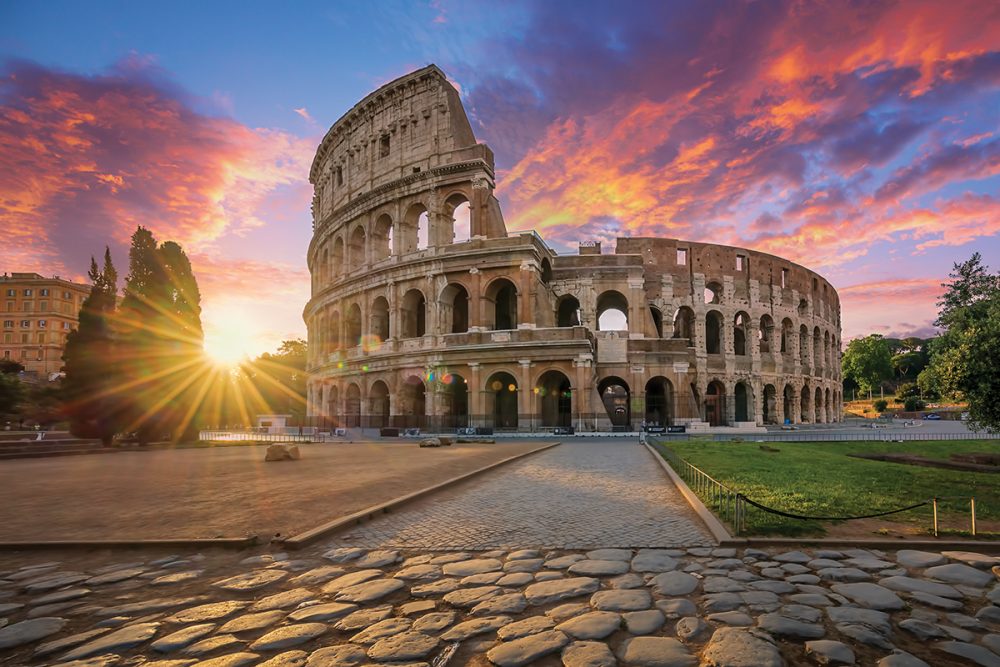 As he closes his magnificent epistle to the church in Rome, the apostle Paul sends greetings to a number of his friends, co-workers, and acquaintances in the city. The list, given in Romans 16:1-16, is extensive. Almost thirty individuals are mentioned, as well as several groups of people. Nowhere else in Paul’s letters do we find such a long catalog of names.

As we read Romans today, it is easy to skim this list, noting the few names we may recognize and then finishing the epistle. But there is more to the list than immediately meets the eye. And like everything in Paul’s writings, we can learn from it.

First, of course, we see the degree to which Paul truly loved the church — knowing, remembering, and greeting a large number of people in a city he did not personally know. Because of his constant travel and evangelization, Paul must have met numerous people. It is impressive that he remembered not only the names of many of the folks on his list but also their individual qualities.

We also see in Paul’s list his warm acceptance of all Christians — regardless of race, gender, social position, or any other consideration. The majority of the individuals have Gentile names.

A large proportion are the names of slaves or former slaves who had been freed. Such were Tertius (v. 22) and Quartus (v. 23), whose names mean simply “third” and “fourth.” They were probably minor slaves in someone’s household and were given numbers as names, as was often the case in Paul’s day. These individuals were not even the “first” or “second” slaves, making them socially insignificant in that culture. But Paul treated them, as he did every believer, with full equality and love. In fact, Paul mentions Quartus in the same breath as Erastus, the influential and important Corinthian director of public works (v. 23).

Looking at what Paul says about all these people is particularly instructive. Phoebe, mentioned first in Romans 16:1, 2, was evidently the person who delivered Paul’s letter to Rome, and the apostle’s greetings actually begin after he mentions her. Paul then specifically greets some twenty-eight individuals. Rather than just an extensive list of greetings with an occasional personal comment thrown in here and there, this list has a clear pattern. Paul refers to the people in a number of different ways:

Beloved. Paul was well aware that God referred to His own Son as “beloved” (Colossians 1:13) and doubtless does not use the expression lightly. He mentions only a few people this way in his writings.

Exceptional. Paul says those who had assisted him in some exceptional way “risked their lives for me” or had “been a mother to me.”

Hard working. Paul says some had “worked hard” or “worked very hard” in laboring for the kingdom.

Other descriptions. Paul mentions individuals as being “fellow workers,” without any other comment. Those Paul notes as being fellow Christians are specifically said to be “in Christ,” “in the Lord,” or “approved by Christ.” But he says nothing else about them.

Some individuals are named, along with many others who are unnamed but included in someone’s family or household. Although these people undoubtedly were Christians, they are included in the list without any qualifying remarks regarding outstanding characteristics.

Once we organize Paul’s list in this manner, the first thing we notice is the way he differentiates between two groups: those involved in furthering the work of the gospel in some way and those who are Christians but are evidently not involved in gospel work. Paul undoubtedly loved and cared deeply about these latter individuals, but seemingly did not remember them as being notable in their service to God. Numerically, the majority of the people fall into this category. Paul greets them without any special commendation (see vv. 5, 14, 15 especially).

Those Paul mentions in one group who are “approved by Christ” or described in a similar fashion may have been particularly devout, though no reference is made relative to them being involved in the work of the gospel.

On the other hand, those Paul mentions specifically regarding their service to the gospel were certainly not all elders in the church, but served in different capacities. Some, like the lady mentioned only as the mother of Rufus (v. 13), were extraordinarily dedicated to God’s work. Others, like Andronicus and Junia, had been in prison with Paul (v. 7), thus showing their dedication to the gospel.

We cannot see in what Paul says any quantitative assessment of the work accomplished by these godly people — just his appreciation for their dedication. But when we move past the individuals who helped Paul personally and those he calls “beloved” (yet does not say why), the remaining people on Paul’s list are the ones most actively involved in doing the work of God. These individuals are said to be “fellow workers,” “those who work hard,” and “those who work very hard.”

We cannot know whether Paul was subconsciously or consciously “grading” these people as he referred to them in these ways, but they clearly were a minority among the larger group of Christians Paul greeted in his epistle. There was also clearly a difference in Paul’s mind between the level of dedication of the people he mentions. It is hard to imagine that Paul, who wrote so carefully and deeply, included the public grading of individuals without a purpose. Perhaps that purpose was for the good of those he greeted, but perhaps it was for our good as well. We can all ask ourselves which group Paul would have included us in.

Asking that question can be both instructive and challenging. After all, as Paul wrote to Timothy, “All Scripture [including the list of names in Romans 16] is God-breathed and is useful for teaching, rebuking, correcting and training in righteousness so that the servant of God may be thoroughly equipped for every good work” (2 Timothy 3:16, 17, emphasis added). If we let it, even Paul’s list of greetings can inspire the people of the gospel to more and greater involvement in God’s work.

Knowing the Church by Name

I commend to you our sister Phoebe, a deacon of the church in Cenchreae. I ask you to receive her in the Lord in a way worthy of his people and to give her any help she may need from you, for she has been the benefactor of many people, including me. Greet Priscilla and Aquila, my co-workers in Christ Jesus. They risked their lives for me. Not only I but all the churches of the Gentiles are grateful to them. Greet also the church that meets at their house. Greet my dear friend Epenetus, who was the first convert to Christ in the province of Asia. Greet Mary, who worked very hard for you. Greet Andronicus and Junia, my fellow Jews who have been in prison with me. They are outstanding among the apostles, and they were in Christ before I was. Greet Ampliatus, my dear friend in the Lord. Greet Urbanus, our co-worker in Christ, and my dear friend Stachys. Greet Apelles, whose fidelity to Christ has stood the test. Greet those who belong to the household of Aristobulus. Greet Herodion, my fellow Jew. Greet those in the household of Narcissus who are in the Lord. Greet Tryphena and Tryphosa, those women who work hard in the Lord. Greet my dear friend Persis, another woman who has worked very hard in the Lord.  Greet Rufus, chosen in the Lord, and his mother, who has been a mother to me, too. Greet Asyncritus, Phlegon, Hermes, Patrobas, Hermas and the other brothers and sisters with them. Greet Philologus, Julia, Nereus and his sister, and Olympas and all the Lord’s people who are with them. Greet one another with a holy kiss. All the churches of Christ send greetings.