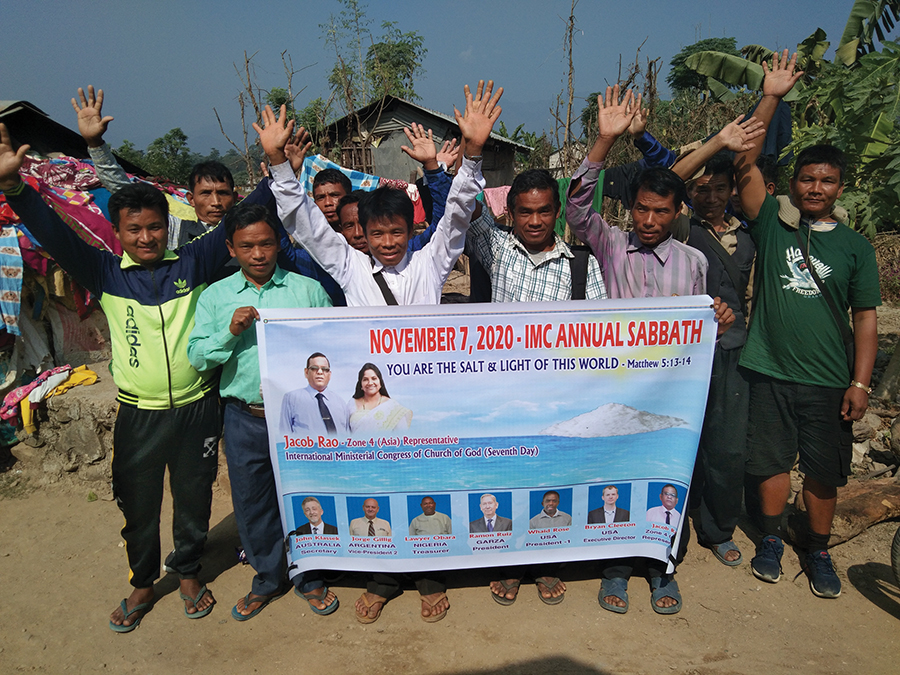 India is one of the ancient civilizations in the world, located at the center of South Asia. It shares borders with several sovereign countries: China, Bhutan, Nepal, and Pakistan in the north and northwest and Bangladesh and Myanmar in the East. India also shares maritime borders with Sri Lanka.

India is the second most populous country in the world (China is first), with a population of 1.366 billion, and is one of the largest democracies in the world. 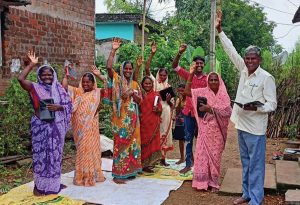 India remains one of the most ethnically diverse countries. Apart from its many religions and sects, it is home to innumerable castes and tribes, as well as to more than a dozen major and hundreds of minor linguistic groups from several unrelated language families. The majority of the population is Hindu, but religious minorities, including Muslims, Christians, Sikhs, Buddhists, and Jains, still account for a significant portion of the population.

Despite continued domestic challenges and economic inequality, India has made significant progress in developing infrastructure and a highly diversified industrial base — one of the largest in the world. Indian scientific and engineering personnel are employed in many foreign countries.

Though the country’s population remains largely rural, India has three of the most populous and cosmopolitan cities in the world: Mumbai (Bombay), Kolkata (Calcutta), and Delhi. Three other Indian cities — Bengaluru (Bangalore), Chennai (Madras), and Hyderabad — are among the world’s fastest-growing high-technology centers. Most of the world’s major information technology and software companies now have offices in India. 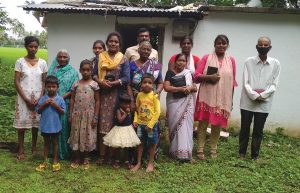 Vagiri (V. J.) Joseph first brought the Sabbath to India. He was one of the seventy elders chosen in a worldwide draw at Salem, West Virginia, on November 4, 1933, to serve the Church of God in India. The Indian headquarters were established in Jonnalapalem, Penumentra, W. Godavari, South India.

Elder Joseph’s younger son, Vagiri J. Utham Rao, continued to serve the Church under GC Missions Abroad from Hyderabad, Andhra Pradesh, till 2003, when he passed away at age 83.

Elder Vagiri Jacob Sudhakar Rao was ordained as a pastor of the Church of God (Seventh Day) in December 1999. Initially, the Church was concentrated in the two states of Andhra Pradesh and Telangana. Later, with the cooperation of Elder William C. Hicks, former Missions Director, Jacob Rao arranged the first-ever All India Pastors Conference at Hyderabad in 2001. About twenty senior pastors attended, representing the congregations from different states in India.

It was decided to form a national board, and the Association of the Churches of God (Seventh Day) was formed in 2003. In his pioneering efforts, Elder Jacob Rao travelled extensively throughout India, Myanmar, and Nepal. He took the initiative of the enrollment drive and planting of new churches. Today we have more than three hundred congregations in more than twelve states in India: Andhra Pradesh, Telangana, Tamil Nadu, Kerala, Punjab, Mizoram, Assam, Meghalaya, West Bengal, Orissa, Jharkhand, etc., and neighboring countries of Myanmar and Nepal.

Elder Jacob Rao now serves the Church as Zone 4 (Asia) representative of the International Ministerial Congress (IMC) and as the general secretary of the Association of the Churches of God (Seventh Day), India. He took voluntary retirement from a construction job and has been in full-time ministry since 2010.

Since 1967, the Church was also developed in northeast India by Pastor George L. Hnamte in Lunglei, Mizoram. The Golden Jubilee of the CoG7 Mizoram Conference was celebrated in Aizawl. The Secretary of the IMC, Elder John Klassek, also attended the function.

Most of the pastors in India are now old, so young people need to be trained. To accomplish this, we need to set up a formal Bible training school in India. In 2013, the first and last visit of Elder Calvin Burrell and Bryan Cleeton, we had submitted the proposal for setting up a formal Bible training college in the centrally located state of Andhra Pradesh. But due to lack of financial support for developing the infrastructure, no progress has been made. We have been conducting the online monthly pastors’ conference-cum-training every month, but this is not sufficient. We need a formal training curriculum to equip our pastors to preach the gospel to millions of unsaved people in our country and in Asia.

We want to build a prayer hall-cum-training center in a central location in Andhra Pradesh. This would help us to have a better training facility with provision for conducting group training programs and pastors’ conferences, in addition to expanding the church planting activities in this area.

We are thankful to IMC president, Elder Ramon Ruiz Garza, for sanctioning payment of a small monthly subsidy under Cristo Viene for our pastors in India. With the financial support of Elder Loren Stacy, president of the General Conference, every month we are paying the monthly subsidy to sixty pastors in India. The average monthly subsidy is USD $30 per pastor, or an average of USD $1 per day/per pastor. Most of them work at part-time jobs in the agriculture fields or at some shops/establishments. Last year during the COVID-19 pandemic lockdown period, our pastors suffered financially due to lack of jobs.

I appeal to our church leaders and members worldwide to pray for our poor pastors in India who tirelessly work to preach the gospel of Christ to millions of unsaved people. Many of the pastors travel by foot to reach the remote villages. They do not even have bicycles. We request our brothers and sisters to sponsor a few bicycles/motorcycles for our pastors. If we provide better means of travel and communication (mobile phones), our younger generation of pastors can work more efficiently and do more church planting in new areas. There is great scope for development of new congregations in India.

With the growing number of church plantings in new states like Tamil Nadu, Jharkhand, and new areas in Andhra Pradesh, Telangana states, construction of small church buildings is needed. The cost of construction of a new church building is approximately USD $10,000. We want to construct at least one church in each of these states.

I take this opportunity to thank Elder Jason Overman, editor, Bible Advocate, for inviting me to write this small note on the present situation of missions in India. I also thank Elder Ramon Ruiz Garza for his vision and leadership in guiding the Church worldwide even during the critical pandemic situation last year.

I thank Brother Bryan Cleeton for his unceasing prayers and support for the ministries in India and in Asia and for visiting India. He personally saw the poor and pitiable condition of our pastors and churches. I also thank Elder Calvin Burrell, former director of Missions Abroad, for visiting India in 2013 and for extending his support to its ministries during his tenure.

I am also greatly indebted to Elder Whaid Rose, former GC president, for his support during his tenure. In that time, the churches in India made rapid and remarkable progress in new church planting.

Last but not least, I thank wholeheartedly all our brothers and sisters of our churches/congregations in the US and Canada for their prayers and support for the ministries in India and in Asia. God bless you all.

Jacob Rao, M.Th., D.Min. is married to Vagiri Deena, and has two daughters, Saranya and Veronika. He lives in Hyderabad, Telangana State, where he has pastored since 1999.

Compassion for the Masses: Six lessons gleaned from a busy day of ministry with Jesus Next post